Some of the Democratic candidates for president spend a lot of time talking about free college education. This is a complicated and important issue, as too many students who should be in college cannot afford to attend, and many of them come from underrepresented groups. Low- and middle-income underrepresented students who are able to attend college are often supported by generous scholarships from elite schools that are under huge pressure to diversify their student bodies.

Missing from this discussion is the fact that comprehensive diversity is not just good for those students, it is key to the survival of these same elite institutions. Colleges can wait for universal free college or they can do something that matters right now: Invest more resources into recruiting and supporting students from underrepresented communities.

Scholarship students often arrive on campus and find themselves in unfamiliar territory. Many are first-generation college-going students who are away from their families for the first time, and they encounter a much less diverse environment than the one they expected, or to which they are accustomed, and a level of privilege among their college peers they have never seen. This privilege is manifest in how other students dress, the time and resources they have for sports, extracurriculars, visits home and other leisure activities. This is time many scholarship students use to work to supplement their scholarships. 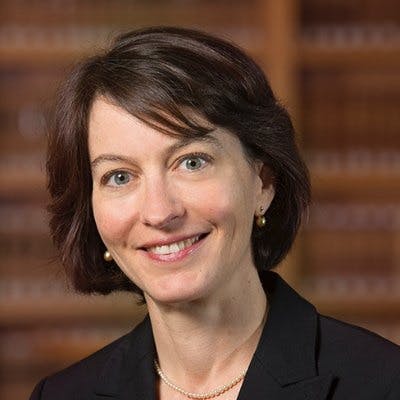 Surrounded by this privilege, many first-generation and students of color report feeling isolated and a sense that, despite the wooing they received by college admissions counselors, they do not belong. The culture shock that underrepresented students face on predominantly White campuses is poignantly described by Michelle Obama, who attended Princeton on a tuition scholarship, in her bestseller, Becoming, and was recently recounted by Dr. Anthony Abraham Jack in the New York Times magazine: “Just walking through the campus gates unavoidably heightens these students’ awareness and experience of the deep inequalities around them,” the Miami-raised Harvard University professor wrote about being a first-generation scholarship student at Amherst College.

The social isolation and its effects can lead to lower retention and graduation rates among underrepresented students, exacerbating a persistent achievement gap between African-American and Latino students, on the one hand, and their White and Asian peers, on the other.

The underrepresentation of some racial and ethnic groups on college campuses can also lead to the surfacing of racism and other forms of discrimination that lead to incidents of harassment, and worse. These issues are well known on college campuses and many are expanding their diversity offices and their student support infrastructures in response.

But this is not enough.

Greater numbers of underrepresented students, enough to make them not-so-underrepresented would almost instantly necessitate a switch on campus from promoting a culture of diversity, which is primarily a numbers game, to promoting a culture of inclusion, which is a philosophy about how and why we can and must live together in a diverse society. This switch can only happen when the number of so-called “diverse” students constitutes a sizable enough portion of the population that students see enough others with shared experiences and backgrounds to create an environment on campus where everyone — Black, White, Latino, Asian — needs one another to form community, whether it is student government, the soccer team, or the marching band. When this happens, the student support apparatus can focus less on trying to persuade the majority and minority groups to get along and be and feel accepted by one another (a false equivalency), and more on offering the kinds of supports students need, including everything from academic assistance to adequate mental health counseling. Moreover, if no single, dominant, group has a lock on the culture, then many cultures can thrive and opportunities for intercultural dialogue and support can be provided equally to all.

Of course, this would be expensive, and colleges and universities, even many of the most wealthy ones, are already feeling the financial strain of providing enough financial aid to increase diversity. It seems contradictory to suggest that these institutions should spend even more money on this issue. But in fact, their long-term survival depends on it.

The whole concept of minority status in the United States, on which the idea of diversity is built, is about to run its course. The U.S. Census predicts that by the year 2044, the United States is going to be a majority-minority country. That means that there will be no racial or ethnic group that constitutes more than 50 percent of the population. Colleges and universities that are successful today in creating inclusive communities while offering an excellent education and a welcoming environment will thrive tomorrow. These institutions will need those reputations for inclusion as college applicants become both fewer and more diverse.

Perhaps even more important, in light of these demographic shifts, the colleges who do this today are de facto educating the leaders of tomorrow. Within 25 years, when the population of the United States will consist of multiple minorities, one must believe these citizens will no longer be electing leaders who look like our leaders look today. We have already experienced the leading edge of this transition in the outcome of the 2018 election that resulted in the most diverse Congress in history.

The leaders of tomorrow will come from the colleges and universities that embrace them today with the same sense of belonging that has nurtured White students to leadership for centuries. The colleges that wait until 2044 to dedicate themselves to these future leaders may find it is too late.

Dr. Susan Poser is the provost and vice chancellor for academic affairs and chief operating officer at the University of Illinois at Chicago. She is a Public Voices Fellow of The OpEd Project.