Goucher College has launched the Hallowed Ground Project to study the role of slavery and racism in the history of the land it currently occupies.

Plans to launch the project took various iterations over the years. However, last September, Dr. José Antonio Bowen, Goucher’s former president, created a committee to develop research proposals in order to study the history of the land. 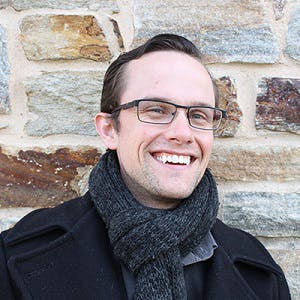 Dr. James Dator, assistant professor of history at Goucher and chair of the Hallowed Ground Project, led the committee which consisted of 20 students, faculty and staff members.

The school will uncover the history and untold stories through predominately student-led research.

Goucher College sits on land previously known as Epsom, an estate owned by former Maryland Governor Charles Carnan Ridgely. After Ridgely’s death in 1829, the land and around 20 enslaved men, women and children were inherited by his daughter Harriet Ridgely Chew and her husband Henry B. Chew.

In 1921, descendants of the Chew family sold the 421 acres of land to Goucher. However, within the land deed, a clause was added that stated, “no part of said land or premises shall ever be leased, sold, transferred to or occupied by any person of the African race,” according to a university press release.

Last October, the state of Maryland passed a bill in the General Assembly which allowed for deeds with racially restrictive covenants to be amended. As part of the project’s four initiatives, the Goucher College Board of Trustees voted earlier this year to eliminate the racist language in the deed.

Through discussions with legal teams, Goucher President Kent Devereaux said that it is believed that Goucher is the first institution in the state to take advantage of the new bill.

In order to give a much “fuller picture of what actually happened on the land,” Goucher plans to purchase digitized copies of all of the estate’s historical records from the Historical Society of Pennsylvania, according to Devereaux. Students will be able to begin the historical reconstruction process of sorting through the documents and identifying those who were enslaved, died or were born on the land as well as uncover any descendants.

“It’s this fantastic student research opportunity for faculty and students to work together and understand that these issues are not simple issues, they are complex, they are nuanced and only by doing hard research can you get to the bottom of it,” said Devereaux. “There’s going to be some things that are never known but the story will become more complex, more nuanced and more human by doing it.”

Under the auspices of the Hallowed Ground Project, there will be archeological research digs on college-owned land. The school now sits on only 287 of the original 421 acres. As part of a summer program, students will be given the opportunity to work with a professional archeologist and focus on understanding the various historic structures on campus. 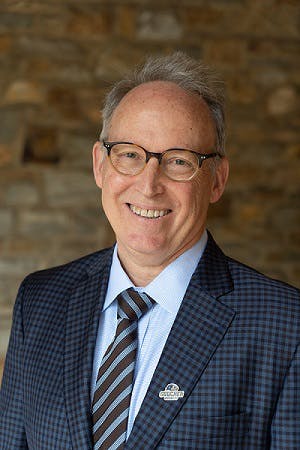 Lastly, the long-term goal is to create a public memorial or exhibition in order to publicize the findings as well as honor contributions to the land that had not been previously recognized.

Dator predicts that the research process will be finished within three years. However, there is no set date on what form or when the memorial will be established.

“At some point, we want to have something that keeps the memory of those people alive and the culture of the college and we don’t forget it moving forward,” he said.

Goucher also joined the Universities Studying Slavery (USS) consortium which “allows participating institutions to work together as they address both historical and contemporary issues dealing with race and inequality in higher education and in university communities as well as the complicated legacies of slavery in modern American society,” according to their website.

According to Dator, Goucher has a historical commitment to social justice and global education.

Devereaux acknowledged that the land’s history is not something to “hide behind.”

“We actually want to confront it and see where the path leads us,” he added.