The estate of U.S. District Court Judge Damon J. Keith has committed $100,000 to an endowed scholarship fund established in his name at West Virginia State University. 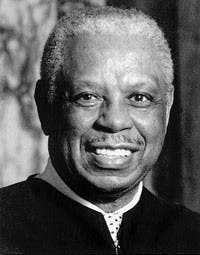 Keith, a 1943 alumnus of what was then West Virginia State College, passed away this past April. He had served more than five decades on the federal bench and was known as a defender of civil rights in landmark court rulings, such as United States v. Sinclair and Detroit Free Press v. Ashcroft.

“Our father, Judge Damon J. Keith, would frequently say, ‘I don’t know what would have happened to me if I hadn’t gone to West Virginia State,’” said Keith’s daughter, Cecile Keith Brown. “This institution and its then president, John W. Davis, played a critical role in the formation of dad’s success.  It is with gratitude that dad elected to make a gift to the Damon J. Keith Scholarship Fund in his will.”