Report Examines Value of a Postsecondary Degree From Students’ Perspective

To understand how college graduates perceive the overall value of a postsecondary degree, the Indiana Commission for Higher Education recently released the “2020 Gallup-Indiana Graduate Satisfaction Survey.”

As part of the report, almost 15,000 college graduates from 10 Indiana institutions participated.

“I hope that [these Indiana colleges] will be encouraged that higher education is valued by Hoosiers,” said Teresa Lubbers, commissioner for the Indiana Commission for Higher Education. “I hope they will also have their eyes open for ways that they can increase the value of higher education by their results.”

According to the survey, 86% of graduates reported satisfaction with their education and 81% of alumni found it to be worth the cost. Additionally, 74% of students with loans agreed college was worthwhile.

Indiana ranks first in the Midwest and fourth in the nation for need-based financial aid, according to Lubbers. In the past, cuts in operating funding for institutions did not affect financial aid, which she hopes will continue in the future. 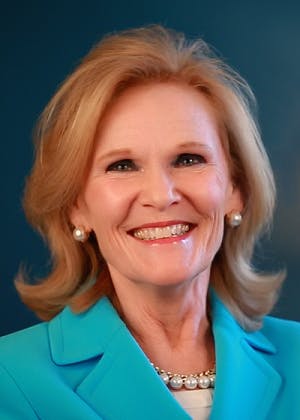 “One of the things that we clearly know is that if you graduate with a higher level of debt, that does impact your satisfaction level,” said Lubbers. “So, we are working very hard in Indiana to make sure that our need-based financial aid programs remain strong.”

If graduates had the opportunity to restart their education, 97% would have still sought out a bachelor’s degree. While 72% would have chosen their same major and 88% would have attended their alma mater, according to the report.

In terms of workforce readiness, 74% of graduates used career service resources at least once and 58% held an internship or job that related to their college curriculum. Additionally, 70% agreed that they were prepared for life outside of college, the survey found.

“I do think that the way to make that better is to make sure that people don’t graduate from college and go to a job that they are not familiar with and that it’s not a good fit for them,” said Lubbers. “You want to know that earlier.”

Under Indiana commission’s new strategic plan, career relevance will be embedded in all degrees and programs.

For example, only 39% of graduates felt they had a professor who personally cared about them, while 30% had a mentor who encouraged meeting goals. However, for 69% of graduates, at least one professor made them excited about learning.

“[Under the strategic plan,] they are doubling down on their opportunities to increase the interaction between faculty and students in more meaningful ways as well,” said Lubbers. “I think that a lot of that work will obviously be done at the campus level. But we are shining a light on the importance of that work and where we see gaps.”

In terms of lifelong learning, nearly half of graduates have employers who would offer tuition assistance for additional education and training. Over the next five years, 35% of graduates plan to enroll in more education or training. They are also more likely to enroll through their current employer rather than a university, according to the survey.

“We know that there are opportunities for improvement and we actually believe that colleges and universities in Indiana are looking much more seriously at ensuring that all students have those kinds of opportunities, not just some, when they graduate from college,” said Lubbers.

The last results of the survey occurred in mid-March, during the beginning of the COVID-19 pandemic. No 2020 graduates were included. However, in terms of the pandemic’s impact on future results, Lubbers said they are continuing to watch how low-income and adult students are affected as well as overall enrollment.

“It’s hard to know [of the impact], but we’re following all of those numbers,” said Lubbers. “We didn’t have significant drop off in enrollment. Like most states, it really happened at the community college level. So, we are really working hard with our community colleges to make sure that we get the message out to students that it is a risky thing to put on hold your higher education preparation.”