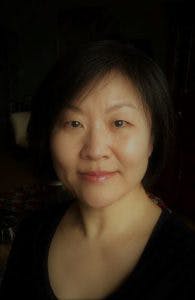 “So the overall message is that we found from this latest enrollment data, number 1: we are discovering very similar patterns we have been reporting for the whole time, since the pandemic started,” said Dr. Mikyung Ryu, director of research publications at NSCRC. “Undergraduate enrollments are particularly affected by the pandemic-related disruptions, whereas graduate enrollment has been increasing steadily from the start and up until now. So there is quite a divergence between undergraduate-level [and] graduate-level enrollment. And this is a very consistent pattern we’ve been seeing from the start of COVID-19 last fall.”

Public two-year colleges experienced the worst of it by a vast margin, with a 9.5% decrease in enrollment – 475,997 students fewer – meaning 65% of the undergrad decline was from public two-year schools. Following in second, with a 1.5% decrease, are private for-profit four-year colleges.

“The community colleges sector remain the worst-hit sector of entire post-secondary education during the pandemic,” said Ryu. “And whereas public four-year institutions are quite the opposite, they have shown slight enrollment decline but that is not any more notable than what they were prior to the pandemic.”

Among Massachusetts community colleges, enrollment has been stagnating or falling, said Nate Mackinnon, executive director of the Massachusetts Association of Community Colleges.

“The trend that I’ve seen since we started the pandemic has been a rollercoaster at best. And I think we’ve really started to see the problems, specifically with community colleges even more so than our four-year counterpart institutions,” Mackinnon said. “Our students tend to be more so from first generation students, they tend to be more diverse and more students of color. And they tend to also come from lower income backgrounds. If we think about all of that, and we think about who the pandemic has impacted in a large way, it really is the same population that community colleges serve in Massachusetts and beyond.” 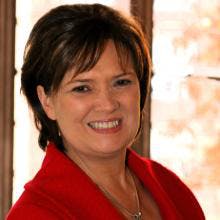 Also notably, across all higher ed sectors, the decrease in enrolling men is greater than for women, with overall enrollment declines of 5.5% for men and 2% for women. This is most pronounced at public two-year colleges, where 14.4% fewer men and 6% fewer women enrolled.

With these declines, there is a worry that a whole swath of youth will not attend college, said Dr. Lynn Pasquerella, president of the Association of American Colleges and Universities (AAC&U).

“My first thoughts were of concern about the growing economic and racial segregation in higher education,” Pasquerella said about the report. “The report confirms the fact that we are at risk of a lost generation of college students as a result of the COVID-19 global pandemic, the ensuing economic crisis and in part as a result of this moment of racial reckoning in America, where the intersection of these crises have been brought to bear on access to higher education and the ability of students to not only attend college but to complete college.”

“I think we have to look at the reasons behind the statistics,” Pasquerella said, adding that COVID-19 had a disparately negative impact on communities of color, with indigenous populations, Blacks, and Latinx individuals dying at up to five times the rate of White individuals. “We also know that many individuals of color were front-line workers and had caregiving responsibilities in addition to continuing their work. That impeded the ability of students of color for attending even community colleges if they had access or perhaps especially community colleges, and that’s where we saw the biggest decline.

“So issues of race are inextricably linked to the data that was presented and we also know that this moment of racial reckoning in America is taking a toll on communities of color, that continuous loop showing the murder of George Floyd created genuine distress among individuals,” she added.

In an email, Mamie Voight, interim president of the Institute for Higher Education Policy (IHEP), said the declines further underscore the need for decisive investments in today’s students.

“As we turn from crisis to recovery, higher education has a major role to play,” she said. “We must both expand and target investments to support students from low-income backgrounds and students of color and the institutions that serve them, address affordability barriers to enrollment and reenrollment for students, including by doubling the federal Pell Grant, and continue to strengthen the postsecondary value proposition for students through equity-driven higher education reform.”