In March, a group gathered in the middle of Lincoln University’s student union area for a celebration, complete with balloons, music, photo opportunities and appearances made by the school’s king and queen. The occasion? A “period pop-up shop,” in which tampons, pads and other sanitary products were handed out as casually as party favors.

The purpose of the event was two-fold: to end the stigma around menstruation and to provide resources to students who live in “period poverty” — a relatively new term describing the inability to access menstrual hygiene products. 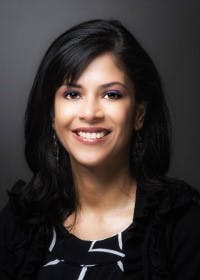 Approximately one in 10 students in the U.S. reported living in period poverty, according to a study by George Mason University’s College of Health and Human Services published in January. But due to a variety of factors — such as stigma and misconception — it often remains an invisible issue on college campuses, said Dr. Jhumka Gupta, an author of the study.

“There’s this misconception that it’s only in low- and middle-income countries and not as pervasive in the U.S. … so we wanted to look at period poverty among college populations because that’s a population that people think is not impacted,” said Gupta.

Perhaps unsurprisingly, the study also found that students who experienced period poverty reported higher levels of depression than those who didn’t. That’s significant, explained Gupta, because just as with other basic needs — access to shelter and food — it’s hard to focus and do well in classes without them.

Fortunately, as awareness of the issue spreads, the push to end campus period poverty is being led by countless student groups and nonprofits sprouting up across the country. There’s Project Red at the University of Georgia, The Period Agenda at Worcester Polytechnic Institute, the Period Project at Texas A&M University and the organization PERIOD which has chapters across the nation at different universities such as The Ohio State University and the University of Michigan. The list goes on and on and on. 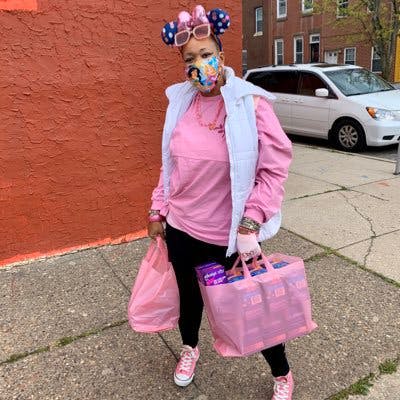 Lynette Medley is the founder of one such organization, No More Secrets, and has begun opening menstrual supply hubs on the campuses of HBCUs (historically Black colleges or universities). Lincoln University in Pennsylvania, which hosted the celebratory pop-up shop, was the first HBCU to welcome a campus menstrual hub, called Periodt, where students can access both sanitary products and educational health resources.

Mirroring other public health issues, Medley said period poverty disproportionately affects Black and Latina students as well as immigrant and first generation students, who, as she pointed out, have also historically been excluded from conversations on gynecological health. That’s one reason why she has been focusing her latest efforts on HBCUs.

“The menstrual cycle as a whole is stigmatized; it’s a taboo,” she said. “And when you start talking about marginalized communities, it’s even more stigmatized.”

Medley herself used to struggle to afford menstrual products in the past. It doesn’t help, she added, that public assistance programs, such as the Supplemental Nutrition Assistance Program (SNAP), Medicaid or the Women, Infants and Children (WIC) program, don’t cover the costs of menstrual hygiene products. Not to mention that the majority of U.S. states still place “luxury taxes” on such products, she added.

“For some reason, people think you go to college and all of a sudden you have this wealth of income, but your circumstances don’t change when you go to a college campus,” she said.

Inspired by Medley’s work at No More Secrets, Penn State University’s chapter of Days for Girls, an international organization dedicated to ending period poverty, decided to distribute a menstrual hygiene survey to students. What they found wasn’t much different from Gupta’s study.

Out of approximately 500 students, 12% said they couldn’t afford products and 13% reported skipping class or work because they didn’t have the sanitary products they needed. Similarly, 49% reported starting their periods on campus outside of residence halls and being unable to find products.

“I have experienced that,” said Emma Cihanowyz, a third year student at Penn State. “You know, you’re in class and your period starts, and I didn’t bring anything with me and I’m too nervous to ask one of my peers, so I had to go home. And that happens clearly to a lot of students at Penn State.”

Cihanowyz is vice president of advocacy for Penn State’s Days for Girls club, which has been working alongside the student government to push for free products across campus. This fall, she said the club will be working alongside the university’s new director of health services to “prioritize product access” on campus.

It’s often the case that student governments are the ones leading the way for easy access to sanitary products. That’s how it has been at the University of Illinois Urbana-Champaign (UIUC), where the Illinois Student Government had previously been taking on the financial burden of supplying free sanitary products to students through its Menstrual Progress task force.

As a civil and environmental engineering major, Teng’s studies don’t exactly overlap with period equity. But after discovering a PERIOD chapter at Brandeis University through a friend on LinkedIn, she said it “just kind of made me furious that nothing like it existed here.” 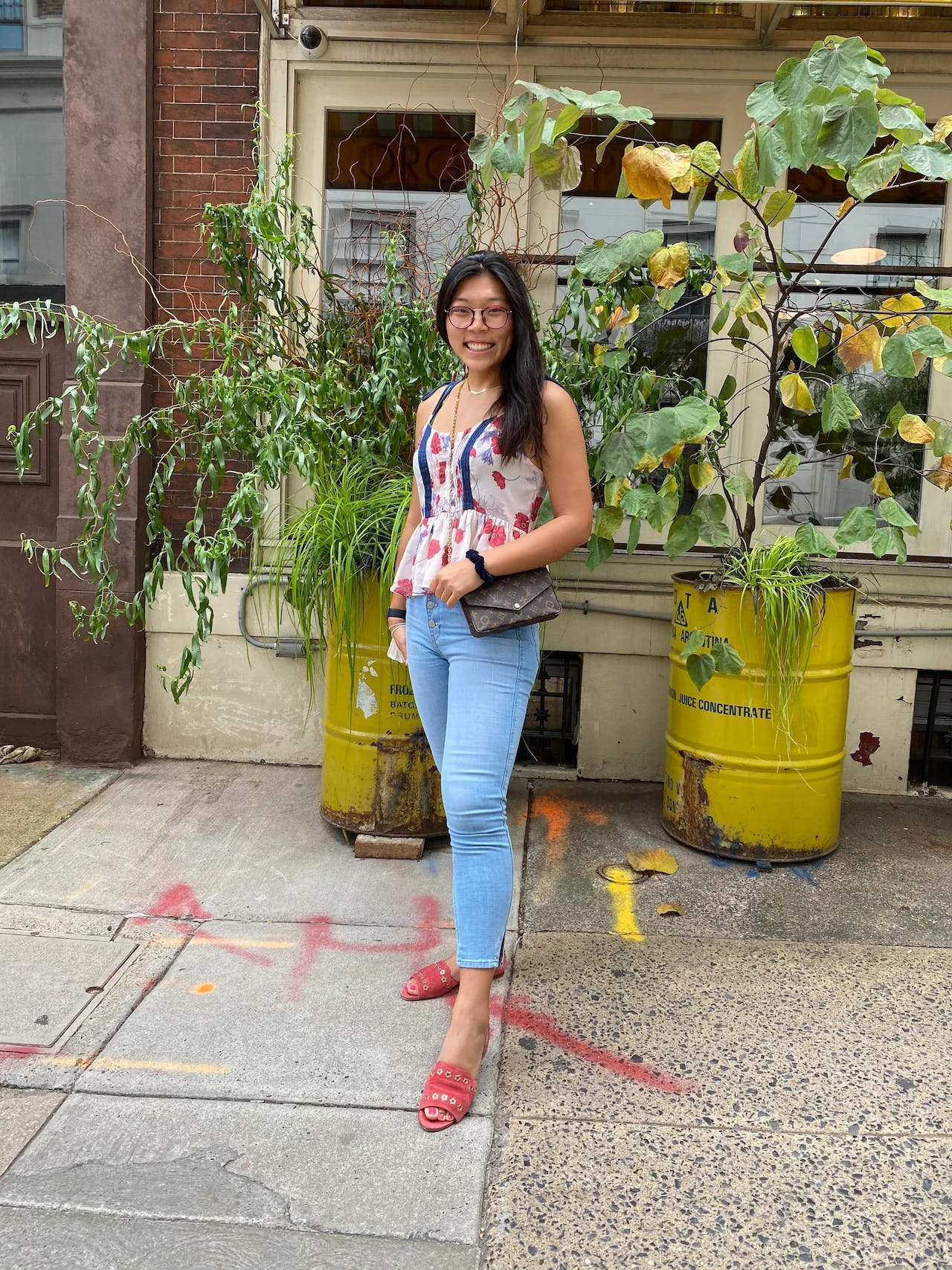 While Illinois is one of four states that requires free tampons and pads be provided at middle and high schools, that law doesn’t apply to universities. And while the university is working on converting its coin-operated dispensers into free dispensers, Teng said she still encounters people who think that funding sanitary products isn’t necessary at the university.

“Many have been just extremely open when talking about periods and sharing very intimate personal experiences,” she said. “But when the topic is brought up to other people, like people in charge of making decisions who are often not women, you can definitely still feel the stigma around it.”

Cihanowyz has run into similar issues with her own peers, saying that she often loses followers on Instagram each time she posts about period equity. Her course of action, she said, is to remain confident when talking about menstruation, similar to how Medley made a public celebration out of period equity at Lincoln University.

“We were intentional about celebrating the menstrual cycle, so that when the hub opened, you would not have that stigma or that feeling of, ‘Oh my gosh, I don’t want to go there,’” she said. “… This is not something that should be shied away in a corner.”

But while Gupta says she is heartened to see the action being taken by students and nonprofits across the country, she wishes more legislators would pick up the weight.

“It shouldn’t just be that you happen to go to a university that has decided that this is an issue to have this basic need,” she said. “It should be something that’s really coming from the federal level.”

Things could be slowly changing though. In late May, Rep. Grace Meng, D-NY, cited Gupta’s study when introducing the Menstrual Equity for All Act of 2021 to Congress. Of of the act’s several components, one includes incentivizing colleges and universities to implement pilot programs that provide free menstrual products to students.

In announcing the act, Meng put it simply: “No student should have to choose between their education or their dignity.”