Items such as parking tickets, library fines, decades-old tuition balances and debt created as a result of institutional error, can have devastating impact on students’ trajectories in higher education.

A new report titled, “Stranded Credits: A Matter of Equity,” from Ithaka S+R, explores the lived experiences of students and staff familiar with institutional debt, also known as stranded credits. This phenomenon particularly impacts students of color, first-generation and low-income students. The report defines stranded credits as academic credits achieved by students that they cannot access due to an unpaid balance.

Stranded credits not only impact students’ academic progress, they can also thwart career trajectories because they are unable to access their transcripts due to unpaid debt. Researchers also found this phenomenon also has a detrimental impact on mental health and wellbeing. 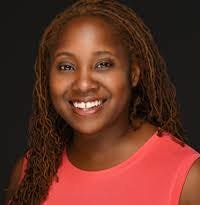 The report’s authors note that research shows that obtaining a bachelor’s degree can significantly increase earning potential, but stranded credits is a barrier toward completion. Students of color, in particular, continue to encounter obstacles to degree attainment, with data showing they are disproportionately negatively affected by student debt.

Dr. Sosanya Jones, an associate professor of educational leadership and policy studies at Howard University and the lead author of the study, sought to bring the students’ voices forward on this important topic.

“It’s very important that we tell people’s lived experiences, so we better understand how they’re actually experiencing some of the phenomenon that we discuss,” said Jones. “It was powerful to hear the ways this policy of holding transcripts, holding degrees essentially hostage for payment, stops students in their tracks, not only in their academic careers, but even trying to find other options, like transferring or even getting a job or a scholarship. It reverberated through everything.”

Researchers interviewed students and staff from five institutions at diverse geographic locations. Despite reaching out to a wide range of possible participants, the students who took part were all students of color and predominantly female.

Jones said she hopes this report inspires institutions to investigate creating their own debt relief programs.

“The students that participated in this study were, in fact, crediting the debt relief programs for getting them back into school,” she said.

One of the recommendations in the report is for institutions to be more compassionate and flexible in working with students to create payment plans. Some of the interviewees said they encountered a total unwillingness on the part of the institution to have a conversation and negotiate a viable solution. Most of the students interviewed expressed a sense of responsibility to eventually pay off the debt.

“If you make it difficult for them to even address the debt, then they can’t get the jobs they need to actually pay down the debt. We need more innovation, more openness, more flexibility,” said Jones. “Right now, stranded credit discourages students from continuing their careers and keeps them locked into a cycle of poverty where they have limited options.”

Earlier this month, the City University of New York (CUNY) announced it had suspended the policy that banned CUNY schools from releasing official transcripts of students and graduates who owe the university unpaid tuition and fees.

“This major problem definitely impacts students of color, first-generation students and students who don’t know how to navigate the system,” said Mangino, who is co-chair of a steering committee on transferring into CUNY. About 50% of students at CUNY’s four-year colleges come from one of the system’s community colleges.

Christopher Johnson, chief of staff at Texas Woman’s University, said that his university received a grant from the American Council on Education for a partnership with the company Greenlight Credentials, an innovative debit card app.

“The student actually has a credential on their phone,” said Johnson. “They get updated, and every time they’re updated the student owns those credentials. There may be a situation where a particular semester a student won’t get those credentials added to their Greenlight card until after they pay a parking permit, but it doesn’t hold up their entire transcript.

“It’s a meet in the middle situation,” he continued. “It allows more portability. We have lots of employers in North Texas who already accept credentials from Greenlight. It will also allow for not just four-year transcripts, but for credentials such as certificates and smaller things.”

Jones hopes legislators read the report and advocate for alternative solutions and that institutional administrators start brainstorming on how to create debt relief programs that better serve these students.

“Everyone has to be involved,” Jones said. “Students’ voices mean a lot more than they know. The more people who are talking about it, the less insidious it becomes. It becomes an issue that has to be confronted.”