When universities and colleges closed their campuses and moved all classes and student services online over a year ago, the old student success playbook many used to rely on was rendered useless. With the continued effort in vaccination and safety precautions in place, most campuses will be welcoming back students this fall. At Wednesday’s webinar, student success experts and directors came together to discuss new ways to helps students who had suffered learning loss in the past year.

“[The pandemic] is requiring many institutions to rethink how they approach student success coming out of the pandemic, not only this fall, in the year ahead, but in the years ahead,” said author Jeff Selingo, special advisor for innovation at Arizona State University and moderator of the event. 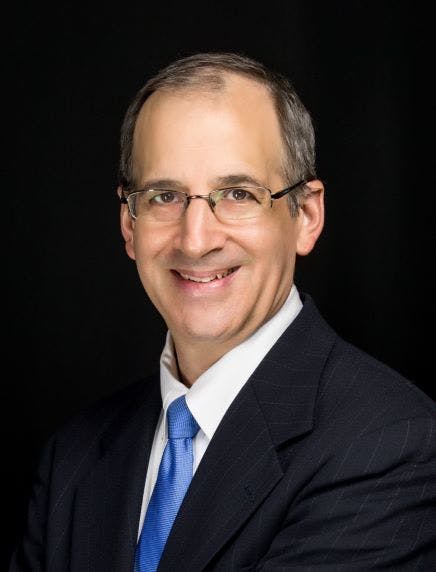 Retention rate and persistence rate are important indicators of early student success. Retention rate refers to the percentage of students who returned to the same school after their first year. Persistence rate is a broader term that calculates the percentage of first-year students who returned to any higher education institutions, counting in students who may have transferred schools due to reasons like financial difficulties, and unexpected academic challenges.

“If you think of all the work that institutions have put into increasing student success, all those efforts in recent years and how hard it can be to move the needle by very much at all, that two percent really represents a big hit,” said Dr. Doug Shapiro, executive director of NSCRC.

Community colleges were hit particularly hard, showing the steepest decline of four percent in persistence. Shapiro explained that the decline is mostly caused by the pandemic’s impact on underserved communities.

“[It’s] all about the large impacts of the pandemic and the recession on low-income families, first generation students, black, Latinx and indigenous students, all of which the community colleges disproportionately enrolled,” said Shapiro.

As college campuses reopen this fall, schools are expected to see a rebound in enrollment. However, Shapiro worries that it may have an opposite effect on the persistence rate. If colleges accepted a larger fall class to make up for the loss last year, they would need to put in more effort in accommodating the influx of students. He urges schools to not let students fall through the cracks, not just in the first year, but going forward as well.

The persistence rate of public four-year colleges, on the other hand, has remained stable, especially for schools with the technology infrastructure already in place. Dr. Timothy Renick, executive director of student success at Georgia State University, reported no drop in student interactions with their support staff during the pandemic at Wednesday’s discussion.

“In fact, maybe not surprisingly, in [the] number of cases like our counseling center, the number of contacts went up,” said Renick. “We were able to sustain over 100,000 one on one meetings between advisors and students.”

However, Renick admitted that students were still suffering from learning loss even with the advanced technology infrastructure at Georgia State. The school saw a 20 to 30 percent increase in students dropping or failing key classes.

To make up for the learning loss, Georgia State offered a special program over the summer to help get students back on track for free. The tuition was covered by the federal stimulus check. Over 700 students enrolled in the program and about 500 passed with a grade of C and above. Selingo encourages more schools to come up with innovative ways like this to help with student succeed in the future.

Clay Woody, vice president of enrollment services at Furman University, echoed Renick’s concern about learning loss and believed that in-person learning remains to be the core of higher education.

“We can tenaciously work through the pandemic, but the model of in-person learning is not going away,” said Woody.

With public health precautions in place like vaccines and masks, Furman will return to fully in-person instructions. Woody added that they will keep some services such as online tutoring that had worked well during the pandemic in place.

Renick wrapped up Wednesday’s conversation by suggesting that schools should bring help to students instead of the other way around. With the school’s record of students who had financial holds on their accounts, Georgia State awarded $70,000 to students directly last year without the process of filling out applications.

“We need to stop expecting the student to be able to self-diagnose and navigate [through] our bureaucracy,” said Renick. “We need to make the help a default.”