“These types of transfers are typically very common among freshmen who are looking to make a quick adjustment, usually correcting for a bad fit, perhaps, or an unexpected level of academic challenge, or some other change of plans,” said Dr. Doug Shapiro, executive director of NSCRC. 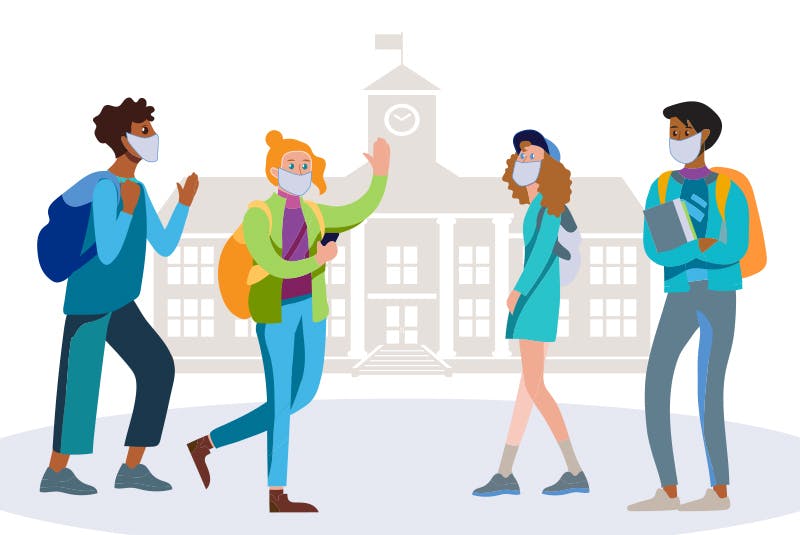 Shapiro and researchers were expecting a huge increase in lateral and reverse transfer. They assumed more students would transfer to a school closer to home or a less expensive institution due to the hardship brought on by the pandemic. However, lateral transfers dropped by nearly 12 percent. Over the past year, more students stayed put or simply  dropped out of college  entirely.

“This translates into some pretty unusual patterns at some institutions, for example, where we saw falling persistence rates despite increasing retention rates,” said Shapiro.

On the other hand, the number of students moving from a two-year college to a four-year, usually referred to as upward transfers, is relatively stable with only a 1.3 percent decline.

However, the success in holding up upward transfers is not enough to make up for the bigger challenges higher education institutions still face.

Disparities among transfer students have also grown across racial and ethnic lines in the past year.

Community colleges that usually disproportionally enroll Black, Latinx, and indigenous students were hit the hardest. Transfer enrollment declined by over 14 percent this spring, doubling the drop from the previous year according to the Center’s report released in June. Students across the board all fared better at four-year public colleges.

"The drops were somewhat higher in male-dominated fields. So things like security and protective services, and computer and information sciences. Those are very male, in terms of their enrollments, at community colleges,” said Shapiro. “They each fell by more than three percentage points in total persistence. That's compared to the more female-dominated fields, like the health professions, and the liberal arts, which both fell by closer to two and a half percent.”

Shapiro was unclear whether these patterns were just a one-year blip due to the pandemic or the beginning of widespread change.

“I know that everybody's crystal ball is a little cloudy right now," he said.

Still, researchers expect to see disparities grow further in the upcoming academic year as the Delta variant continues to spread across the country.

“As the pandemic continues, there will likely be further divergences among students and institutions, deepening the longstanding concerns over disparities in student mobility and progress,” the researchers noted in the report.