The 2020 presidential election was an all-consuming campus issue, and college students voted at a record-setting rate. 66% of students cast ballots, up 14% from 2016. One year later, Virginia and New Jersey are hosting heated battles for their governor’s mansions, with the results being viewed as an early referendum on Joe Biden’s presidency and a foreshadowing of the Democratic Party’s fate in the 2022 midterms. And campus activists are facing the challenge of turning out the vote yet again. 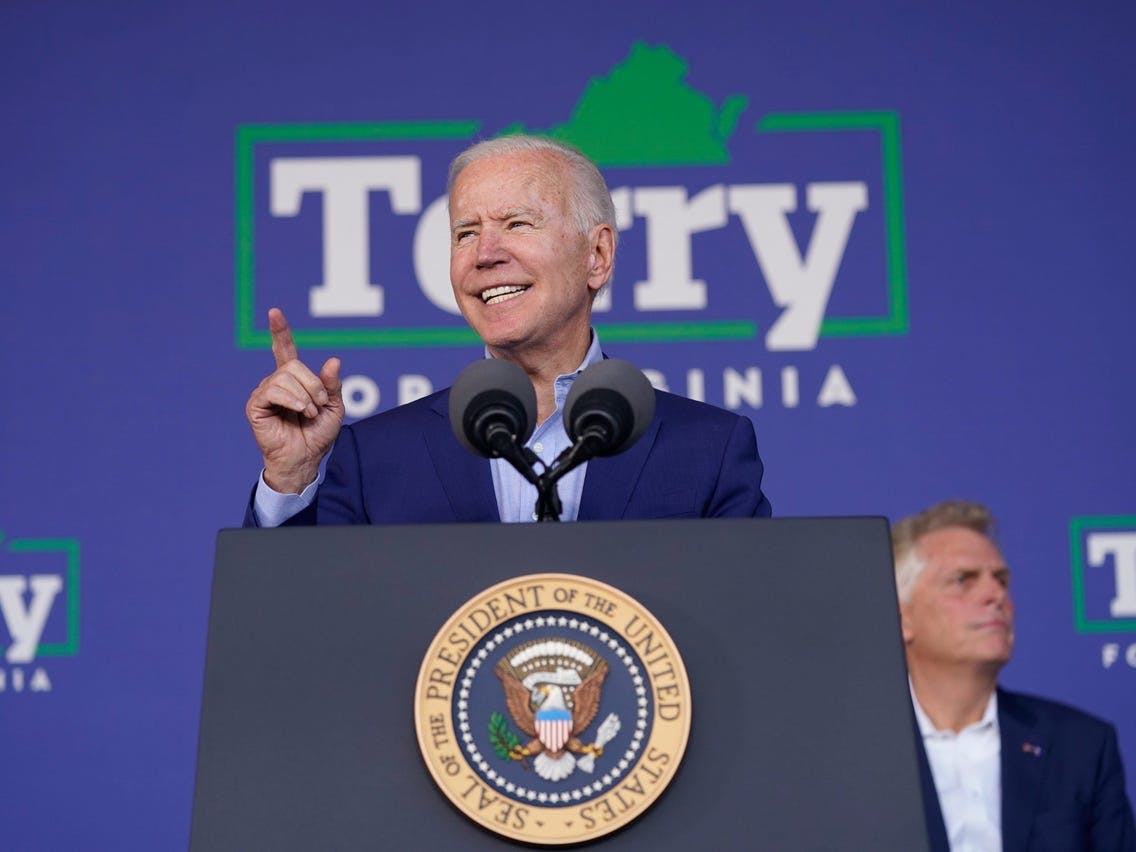 “[College students] were heavily engaged last year,” said Mahiyah Sampson, a sophomore at Kean University and deputy executive director of the New Jersey Chapter of the College Democrats. “And some of them just kind of stopped. It’s a new school year, and they moved on. I know people who didn’t know there was an election going on in New Jersey. They were like, ‘Why are people telling me to vote? I thought I voted for president last year.’”

In New Jersey, the Rowan University College Democrats have resorted to rewards.

“We did an early voting day,” said Emily McGrath, a senior at Rowan and president of the New Jersey Chapter of the College Democrats. “We had free donuts, free pizza, and free coffee out on the student center back patio. We were able to engage with different students, give them a free donut if they committed to vote.” According to McGrath, early voting has been a point of emphasis for the College Democrats this year. “[It] just opens the door for folks who normally wouldn’t be able to engage in the civic process because everyone usually has classes on Tuesdays.”

Others have turned it into a game. At Princeton University, there is a secure ballot drop box on campus, but it is notoriously hard to find. Vote100, a non-partisan campaign to encourage civic engagement at Princeton sponsored by the Office of the Dean of Undergraduate Students had an event called “Boba at the Ballot Box,” which turned the difficulty into a challenge.

“It was like a little scavenger hunt where guys could find the ballot box and if they did, they took a picture with it and posted it on their social media to promote the location,” said Ana Blanco, a junior at Princeton and a Vote100 Fellow. In addition to this, Vote100 has provided a van to take students who wanted to vote early to the nearest polling place, and is planning to run a shuttle bus on the evening of Election Day.

“We definitely were blessed by the partnership with the Youngkin campaign,” said Meredith Minto, a senior at Liberty and Chairman of the College Republicans. “They were canvassing the entire campus, sending out door-knockers giving information about Glenn. They would also do fun events where there'd be pizza and [Glenn’s son] Grant would come and hang out with us for a little bit. We were able to really make sure that we squeezed every vote we could out of Liberty.”

There was also student-campaign cooperation in New Jersey. Incumbent Democratic governor Phil Murphy campaigned at local colleges with national figures like Bernie Sanders and Dr. Jill Biden. The New Jersey Chapter of the College Democrats sent volunteers to inform attendees about the date of the election, how they could find their polling location, and how to get more involved in the campaign.

Although the races in Virginia and New Jersey are often discussed in terms of their national implications, student activists emphasized issues that apply most directly to students. The New Jersey College Democrats have been promoting Phil Murphy’s February decision to make permanent a program to give low- and moderate-income students free education at the state’s community colleges.

“What I say is, ‘Hey, what was your gas tax under Trump?’” said Josh Hartt, a junior at Virginia Commonwealth University and president of VCU’s College Republicans. “Gas prices in our area have jumped to over a dollar more than it was a year ago."

“One thing that Liberty students care about in droves is the pro-life issue,” said Minto. “When they’re in a state like Virginia, with such extreme abortion laws, they’re going to want to go out and vote for a pro-life candidate.”

McGrath’s thinks that the opposite side of the issue is just as powerful.

“What happened in Texas put it in perspective, at least for a lot of female voters, that the rights that we have may not always be there,” she said.

Although it’s doubtful that state races, no matter how compelling, can garner the same level of college voter participation as the 2020 election, with its massive stakes and polarizing characters, student activists are doing everything that they can to bolster the turnout of their sides. As both races head into Election Day on Tuesday with thin margins, the efforts of college students may make a crucial difference.