The Latinx community is the largest ethnic group in California with over 15 million people residing in the state according to the 2020 Census data. This is also a young and growing group of people, with over half of them under the age of 30. More than half of California's students in K-12 schools are Latinx. They are the growing force that will greatly impact the future of California, thus ensuring their access to quality education is essential for the state.

The Campaign for College Opportunity has been documenting and studying the college-attending trend of the Latinx community since 2012. This week, they released their latest “2021 State of Higher Education for Latinx Californians” report on and hosted a panel discussion featuring school officials and student activists. 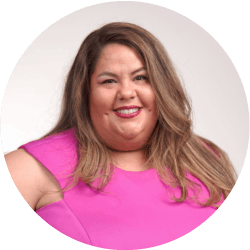 “Whether Latinx succeed, thrive and prosper is the business of the state. It's the business of each of our colleges and universities,” said Audrey Dow, senior vice president of the Campaign for College Opportunity.

The report reveals that the Latinx community has progressed over the past decade. The series of reforms and executive orders, including the revamping of the transfer system between community colleges and four-year institutions and the historical $47 billion investment in financial aid, have yielded positive results. For the first time in history, California State University’s (CSU) entering class of 2019-2020 reflects the diversity of the California high school graduating class. The report notes that the elimination of the SAT requirement produced a record number of applications to the University of California (UC) from the Latinx community, toppling white applicants for the first time.

“These enormous changes must be protected,” said Dr. Vikash Reddy, senior director of policy research at Campaign for College Opportunity.

Through studying the data and reports, colleges are starting to implement changes to better serve the Latinx community in the state. Long Beach City College (LBCC) found out that two of its feeder high schools had higher percentages of Latinx students and low-income students and lower enrollment rates at the college. After discussing their findings with the principals, LBCC sent a team to both schools and helped every senior from these two high schools complete an application to Long Beach City College. They also redesigned their matriculation agreements and moved orientation and educational planning on site to these high schools. As a result, enrollment increased by 42 percent. The college also implemented engagement programs that helped to increase the transfer rates to four-year colleges and the participation rates in the federal work-study program among Latinx students.

“I share these examples because it is my hope that colleges and universities will lean into the power of inquiry and use data to drive racial equity on their campuses,” said Dr. Mike Muñoz, interim superintendent-president at LBCC.

Colleges and universities still have a long way to go, however, when it comes to engaging the Latinx community, including helping many Latinx students feel supported on campus.

Esmeralda Quintero-Cubillan, president of the University of California Student Association is entering their third year at UC Santa Barbara. Like many Latinx students, she works multiple jobs to pay expenses and says that the campus culture has not always been welcoming to students of color.

The report made recommendations on how to better support Latinx students, including expanding federal Pell Grant access to Deferred Action for Childhood Arrival (DACA) recipients, establishing pathways to citizenship and increasing investment in the growing number of Hispanic-Serving Institutions.