NYU’s Steinhardt Institute for Higher Education hosted a Zoom panel Thursday entitled “The Missing Men: How Can Higher Education Respond?” The timing couldn’t have been more appropriate. Hours earlier, the National Student Clearinghouse (NSC) released data showing that during the COVID-19 pandemic, male college enrollment declined at significantly higher rates than that of women, just the latest evidence of a trend that has stretched back decades.

Female students at colleges and universities first outnumbered men in 1979, seven years after the passage of Title IX. Since then, the gap has widened considerably: in 2019, women earned a 14% greater share of bachelor’s degrees. At the end of the 2020-21 academic year, men made up only 40.5% of college students, the lowest percentage ever, according to the NSC. The decline cuts across racial and socioeconomic lines, and isn’t restricted to America: similarly skewed gender ratios have developed in Brazil, South Africa, and the U.K. 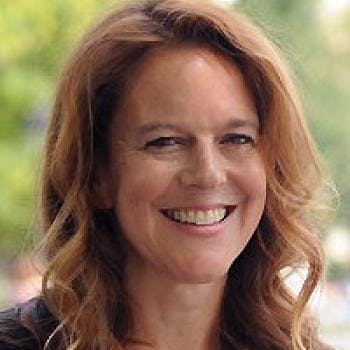 But the panelists found themselves having to justify its existence. “Why should we care?” was the first question from the audience of roughly 170. Why, the questioner wanted to know, should resources be diverted from less-privileged groups to help men who are mostly white?

Dr. Niobe Way, a professor of Applied Psychology at NYU, was eager to answer.

“Because they’re making us all suffer!” she exclaimed, to the laughter of her fellow panelists, Michael Rodriguez, director of the Men’s Resource Center at Kingsborough Community College (CUNY), and Jonathan Williams, assistant vice president of undergraduate admissions at NYU. “Our suffering in many ways is a reflection of the suffering of white privileged men, in the anxiety that they feel,” said Way. “If we’re only going to care about people who aren’t privileged white men, we’re never going to change the society. We can’t flip the hierarchy.”

“If this trend continues, we’re going to have a population of adults in the society where men and women with college degrees and certain kinds of opportunities are completely imbalanced,” she said. “That will affect marriage patterns, family patterns, all kinds of other [parts] of society.”

The panelists spent much of their time discussing possible causes of and solutions to the growing gap. Way, the author of Deep Secrets: Boys’ Friendships and the Crisis of Connection, said that her research points to problems with how young men are socialized.  According to Way, as boys become teenagers, culture alienates them from things that are stereotypically perceived as feminine.

“Basically, the goal in life should be, as a manly man, to make a lot of money,” said Way. “And college, weirdly enough, becomes feminized except for the STEM fields. They’re the only ones that make money…if you wanted to go to college to actually explore different disciplines that you were interested in that were non-STEM, it has to have been nurtured early on because otherwise, you don’t even think of it as an option. [So,] college becomes sort of irrelevant to you, like, ‘Why would I go to college to learn how to be a teacher and then to make $10,000 a year?’”

Rodriguez suggested that colleges need to adjust the way that they approach young men to take into account these financial concerns.

“For a young man who believes in himself, is confident…and has to take care of himself, money is absolutely crucial,” said Rodriguez. But in the perception of the young men Rodriguez works with, “there seems to be a split. There’s this entrepreneurial world out there where money is made and then there’s higher education. I think there’s this idea that those two don’t come together. So, I think that there has to be a change in language that really embraces and validates this whole entrepreneurial movement that’s been happening,” said Rodriguez, referring to digital opportunities such as social media influencing and cryptocurrency investing. “Most colleges are probably five to 10 years behind on offering anything that speaks to these new ways of making money. So, if we want more men in college, then college needs to be more relevant.”

Marcus said that she plans to convene another panel soon focusing on the decline from an international perspective, and hopes that the ideas exchanged in this one will resonate with those who listened.

“More than half the people [in attendance] work in colleges and universities,” she said, “so hopefully it provokes them to think about the work that they do.”