Addressing Racism and Structural Inequity in America— What Role Does Higher Education have to play?

In the wake of George Floyd’s killing, the nation and indeed the world, has galvanized to call attention to police brutality and racist practices against African-Americans. What’s next? More specifically what can higher education do to facilitate lasting change?

Join us as we hear from national experts and scholar-practitioners who will offer creative ideas and solutions on how best to address education, campus and police reform.

Dr. Fred A. Bonner, II is Professor and Endowed Chair in Educational Leadership and Counseling and Founding Executive Director and Chief Scientist of the Minority Achievement, Creativity and High-Ability (MACH-III) Center at Prairie View A&M University. He is formerly the Samuel DeWitt Proctor Endowed Chair in Education in the Graduate School of Education at Rutgers University and an esteemed expert in the field of diversity in education. Prior to joining Rutgers, he was Professor of Higher Education Administration and Dean of Faculties at Texas A&M University-College Station. He earned a B.A. in Chemistry from the University of North Texas, an M.S. Ed. in Curriculum and Instruction from Baylor University, and an Ed.D. in Higher Education Administration & College Teaching from the University of Arkansas. Bonner has been the recipient of numerous awards, including the American Association for Higher Education Black Caucus Dissertation Award and the Educational Leadership, Counseling and Foundation’s Dissertation of the Year Award from the University of Arkansas College of Education. His work has been featured nationally and internationally. He is the author of the recently released book, Building on Resilience: Models and Frameworks of Black Male Success Across the P-20 Pipeline.

Dr. Donna Y. Ford is a Distinguished Professor of Education and Human Ecology and Kirwan Institute Faculty Affiliate at The Ohio State University's College of Education and Human Ecology. She is in the Educational Studies Dept., Special Education Program. She returned to OSU in Aug. 2019.Professor Ford was formerly an endowed chair at Vanderbilt University in the College of Education. Dr. Ford has been a Professor of Special Education at the Ohio State University, an Associate Professor of Educational Psychology at the University of Virginia, and an Assistant Professor at the University of Kentucky. Professor Ford earned her Doctor of Philosophy degree in Urban Education (educational psychology) (1991), Masters of Education degree (counseling) (1988), and Bachelor of Arts degree in communications and Spanish (1984) from Cleveland State University. Professor Ford conducts research primarily in gifted education and multicultural/urban education. Specifically, her work focuses on: (1) the achievement gap; (2) recruiting and retaining culturally different students in gifted education; (3) multicultural curriculum and instruction; (4) culturally competent teacher training and development; (5) African-American identity; and (6) African-American family involvement. She consults with school districts, and educational and legal organizations on such topics as gifted education under-representation and Advanced Placement, multicultural/urban education and counseling, and closing the achievement gap. Professor Ford has written over 300 articles and book chapters; she has made over 2,000 presentations at professional conferences and organizations, and in school districts.

Dr. Yves Salomon-Fernández is the 10th President of Greenfield Community College in Massachusetts. She previously served as President of Cumberland County College in New Jersey and Interim President of MassBay Community College in Wellesley, Massachusetts. Yves has also taught as an adjunct professor at Boston College, Northeastern University, Salem State University, and Cambridge College.Dr. Salomon-Fernández is a staunch advocate for reinventing higher education in the age of the Fourth Industrial Revolution. She has been recognized as a thought leader, writing and speaking on issues related to rural innovation, workforce development, and women’s leadership. Yves’ passion for access and equity led to her being named one of the Top 25 Women in Higher Education by Diverse Issues In Higher Education in March 2018. Dr. Salomon-Fernández believes in service to her varied communities. She has served as a reviewer for the National Science Foundation and Johns Hopkins University Press. She sits on the national board of the American Council of Education’s Women’s Network Executive Council and is presently the Massachusetts Presidential Sponsor. Yves is a member of the of the Federal Reserve Bank of Boston’s Community Advisory Development Council. She is also a Corporator for Greenfield Cooperative Bank. In addition, Yves is a Board Member at Mass Humanities and Mass Mentoring. She is a member of the Franklin County Chamber of Commerce and the Opioids Task Force of Franklin County and the North Quabbin Region. A graduate of Boston Latin School, Yves received her undergraduate degree from the University of Massachusetts Boston. She holds a certificate from the University of Oxford. Her Master’s degree is from the London School of Economics and her Ph.D. from Boston College. Dr. Salomon-Fernández is fluent in French, Haitian Creole, and Spanish.

Mr. Bakari Sellers was born in 1984 and raised in Denmark, South Carolina. Bakari graduated from the South Carolina public school system, and then proceeded to Morehouse College. While at Morehouse, he was elected Student Government Association President and served on the College’s Board of Trustees. He earned a Bachelor of Arts degree in 2005.

After graduating from Morehouse College, Bakari attended the University Of South Carolina School Of Law where he graduated in 2008. Sellers has worked for United States Congressman James Clyburn and former Atlanta Mayor Shirley Franklin. He is one of the youngest State Representatives and the youngest black elected official in the United States. Bakari has had extensive leadership experience working for the Democratic Leadership Council, and Obama for America. He has been a member of the South Carolina Legislative Black Caucus since 2006.

Bakari is a Former South Carolina House of Representative, where he has represented the 90th District since 2006, and also a 2014 candidate for Lt. Governor of South Carolina. Attorney Bakari Sellers has been with the Strom Law Firm, L.L.C. in Columbia, SC since 2007.

Dr. Kyle Southern focuses on advancing social and economic equity through national and state higher education and workforce policy. He brings to YI a decade of experience as an education researcher and policy professional. Prior to joining YI, Kyle served as Director of Policy and Research for Complete Tennessee, a statewide higher education advocacy nonprofit based in Nashville. Dr. Southern holds a Ph.D. in higher education from the University of Michigan, where his research addressed equity issues including racial and ethnic diversity of tenure-track faculty and the intersections of immigration and higher education policy. His writing has been published in peer-reviewed journals and books, as well as popular publications including Diverse: Issues In Higher Education. Kyle has presented at regional, national, and international conferences on higher education access, tuition, and student support services. A native of Winston-Salem, North Carolina, Kyle earned a bachelor's in American Studies and Master's in Education Policy, both from Vanderbilt University. He serves on the Board of Directors for the Tennessee Higher Education Initiative, which facilitates access to college degree programs for men who are incarcerated across the state. He also has been a member of the Vanderbilt Alumni Association Board of Directors and a Fellow of the Salzburg Global Seminar. 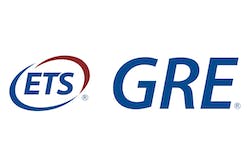 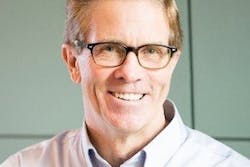 Does Testing Serve a Purpose in Holistic Application Review? with ETS