As the third full-time commissioner of the Central Intercollegiate Athletic Association (CIAA), McWilliams is the first African American female to hold the position and, at the time of her appointment, was the first African American female commissioner across all NCAA divisions. She leads all strategic planning for the conference, working closely with the 12 full-time member institutions and an associate member along with the board of directors and staff to support the advancement of student athletes,  and managing 14 CIAA championships. McWilliams spent nine years at the NCAA, managing NCAA championships, to include serving as director of the Division I women’s basketball tournament from 2006-2009 and the Division I men’s basketball tournament from 2007-2012. McWilliams also has experience in administration, facilities and operations, compliance and governance, human resources, and external operations. She was a former student-athlete at Hampton University where she was a member of the 1988 NCAA Division II Women’s Basketball Championship team and the 1987 and 1990 CIAA volleyball championship teams. McWilliams earned a bachelor’s degree in psychology from Hampton University in 1991, a master’s degree in sports management and administration from Temple University in 1993. In 2006, McWilliams was inducted into Temple University’s Gallery of Success and was a member of the inaugural class inducted into the Sierra High School Hall of Fame in Colorado. She currently serves on the board of directors for Women Leaders in College Sports, the NCAA Board Ad Hoc Committee for Cultural Diversity and the NCAA Board of Governors Federal and State Legislation Working Group. She was appointed to the John B. McLendon Scholarship Foundation Board. She recently completed her term as chair of NCAA DII Management Council and her appointment to the NCAA Board of Governors. McWilliams is a motivational speaker as well as an active member of the Charlotte Crown Jewels Links Chapter and Central Church of God. 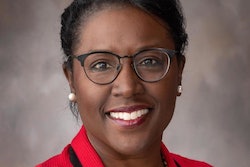 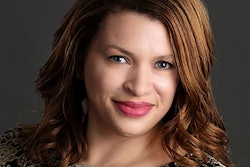 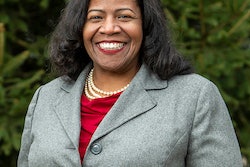 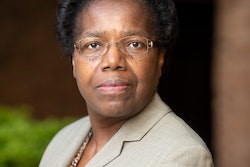