cmaadmin (EDU)
Mar 10, 2016
We salute and honor a diverse group of women
who have made significant contributions in higher education and beyond.
Compiled by Cassandra West

Borst is the College of Idaho’s first female and 13th president, assuming the role in July 2015. Her administrative career is steeped in the liberal arts. She’s served as the vice president for academic affairs and dean of faculty at Whittier College and dean of arts and sciences at Union College. Borst is a historian whose research explores the relationship of medical science and gender and racial facets of professionalism.

A Montgomery, Alabama, native, Boyd became president of her alma
mater in February 2014, after spending more than three decades in the Washington, D.C., area. Boyd was the first African-American female to earn a master’s degree in mechanical engineering at Yale University. Her career includes time at the Johns Hopkins University Applied Physics Laboratory and as an analyst in the Strategic Systems Programs, where she conducted evaluations of strategic weapons systems on submarines.

Campbell is president of the New Jersey Virtual Consortium, a joint effort among the state’s community colleges to provide distance-learning opportunities. In her long commitment to community service, she has been a Trenton Board of Education member and on the Board of Directors for Building One New Jersey. At Mercer, she’s served as assistant dean and director of the Virtual Campus. Campbell earned a master’s degree from The College of New Jersey and a doctorate from Rutgers University.

Burns rose from an intern at Xerox Corporation to become president in 2007, CEO in 2009 and chairman the next year. Burns holds a master’s in mechanical engineering from Columbia University. A longtime member of the University of Rochester Board of Trustees, Burns is among the founding Board of Directors of Change the Equation, an organization that works to improve STEM-based education. She’s also delivered commencement speeches at MIT, the University of Rochester and Xavier University.

Cordano became the 11th president of Gallaudet, which educates deaf and hard-of-hearing students, on January 1, 2016. Before then, Cordano, who is deaf, was vice president of programs for the Amherst H. Wilder Foundation in Saint Paul, Minnesota. An attorney, she began her professional career as an assistant attorney general for the State of Minnesota. She also co-founded a preK-8 charter school for deaf and hard-of-hearing children.

Cruzado has held her current role since January 2010 at the state’s first land-grant institution. Born in Puerto Rico, she earned a doctorate in the humanities from The University of Texas at Arlington in 1990. She returned to Puerto Rico, teaching and holding leadership roles at her alma mater the University of Puerto Rico at Mayagüez.
In 2007, New Mexico State University appointed Cruzado to the post of executive vice president and provost.

The 17th president of Shaw University, Dubroy was previously special assistant
to the president for process optimization and associate professor of chemistry and chair of Shaw’s Department of Natural Sciences and Mathematics. She began her career as a researcher at the chemical company BASF, moving on to management and overseeing a $35 million budget. An entrepreneur, Dubroy co-founded a hair care company. She holds a doctorate in physical organic chemistry from North Carolina State University and an MBA in marketing from Rutgers University.

Herbst served as executive vice chancellor and chief academic
officer of the University System of Georgia before becoming UConn’s president. She’s been provost and executive vice president for academic affairs as well as acting president at the University at Albany (SUNY); dean of the College of Liberal Arts at Temple University; and a professor of political science and communication studies and chair of the poltical science department at Northwestern University. Herbst is the author of four books and co-edits the University of Chicago Press series, Chicago Studies in American Politics.

Hall, an expert on Shakespeare and 16th and 17th century English literature,
teaches and researches on Renaissance/early modern literature and culture, critical race theory, Black feminist studies, visual culture, slavery studies, food studies and the digital humanities. She won a Tow Award in 2015 for Innovative and Outstanding Pedagogy. Hall is a former trustee of the Shakespeare Association of America.

Recognized for her work in Asian cultural studies, Kim has spent most of her
professional career associated with the University of California, Berkeley, where she earned a doctorate. She served on the President’s Commission on the Celebration of Women in American History. Kim, a New York native, is the recipient of a Fulbright fellowship and former head of Asian American studies and former associate dean of the Graduate Division at Berkeley.

Penn’s president since 2004, Gutmann is also Christopher H. Browne Distinguished Professor of Political Science and a professor of communication in the university’s Annenberg School for Communication. She’s a former provost and professor of politics at Princeton University. Gutmann has authored numerous books, is a founding member of the Global Colloquium of University Presidents, and is the W.E.B. Du Bois Fellow of the American Academy of Political and Social Science. From 2014 to 2015, Gutmann served as chair of the Association of American Universities.

Kraus is deputy director for disability resources and an assistant professor of practice in the College of Education at the University of Arizona, where she coordinates the master’s program in higher education. Previously, she directed a federal grant that researched how disabled veterans experience higher education. A member of the Association on Higher Education and Disability who has chaired its Standing Committee on Diversity, she plays wheelchair tennis in her off time and works to increase the national visibility of wheelchair tennis.

Lee, who teaches American history, is one of the nation’s leading immigration and Asian American historians. She grew up in the San Francisco Bay Area and received a master’s and a doctorate from the University of California, Berkeley. Lee authored the award-winning book, At America’s Gates: Chinese Immigration during the Exclusion Era, 1882-1943. Her new book, Th e Making of Asian America: A History, was published in 2015. Lee received the Immigrant Heritage Award from the Angel Island Immigration Station Foundation in 2015.

Molina is a professor in UC San Diego’s Department of History and Urban Studies Program. Her scholarship addresses U.S. history, public health, immigration history, racial and ethnic studies and urban studies. The Ford Foundation recently granted her a nationally competitive award. Her newest book, How Race Is Made in America: Immigration, Citizenship, and the Historical Power of Racial Scripts, examines Mexican immigration from 1924 to 1965, when many quotas were abolished.

Murano is the university’s director of the Norman Borlaug Institute for International Agriculture, which helps to fight hunger and poverty in the developing world. At the institute, she has managed a project portfolio of $55 million. Murano is a formernU.S. Department of Agriculture under secretary for food safety. From 2005 to 2007, she was vice chancellor of agriculturalnand life sciences of the Texas A&M University System, dean ofmthe college of agriculture and life sciences, and director of the Texas Agricultural Experiment Station. She served as president of Texas A&M from 2008 to 2009.

Montgomery oversees all compliance activities related to the NCAA and Big South Conference and serves as the coordinator for the Big South’s Council of Senior Woman Administrators and Student-Athlete Advisory Committee.  In addition to providing everyday governance and legislative services to conference members, she studies and interprets NCAA and Big South rules and regulations. Montgomery is a former student-athlete at Big South member Gardner-Webb University and a four-year letter winner in basketball.

A public intellectual and published author who is active across various media, Perry edited the Barnes & Noble classic edition of the Narrative of Sojourner Truth. She’s written numerous articles in the fields of law, African-American studies and cultural studies, and has published on topics ranging from racial inequality to hip-hop. Perry earned a doctorate from Harvard University and a juris doctor from Harvard Law School.

A frequent writer on faculty development and leadership, Rockquemore’s career interests began with interracial children and families. Her research has been highlighted in various media. Once Rockquemore became a tenured professor at the University of Illinois at Chicago, she began to focus on improving conditions for pre-tenure faculty. She now conducts workshops for new faculty members at schools across the United States.

Smalls has more than three decades of experience in the public and private sectors. Before she joined Viacom, Smalls worked in public sector positions on both the state and national levels, spending a decade as chief of staff for a member of Congress. She earned a master’s degree in public administration from the University of South Carolina. Smalls has established an endowment for the University of South Carolina’s Ronald McNair Center that offers scholarships and support to engineering students from underrepresented populations.

A member of Arizona State University’s faculty since 1994, Tsosie served as executive director of the Indian Legal Program from 1996 to 2011. Next came a joint appointment on the faculty of philosophy in the School of Historical, Philosophical and Religious Studies in the College of Liberal Arts and Sciences, where she is also a faculty affiliate of the American Indian Studies Program and the Mary Lou Fulton Teacher’s College. Tsosie received the Individual Leadership Award from the National Association of Diversity Officers in Higher Education in 2014.

Valantine joined the National Institutes of Health from Stanford University, where she had been senior associate dean for diversity and leadership at Stanford School of Medicine. She completed her medical studies at St George’s Hospital, London University before moving to the United States to train as a fellow with leading cardiologists and cardiac surgeons. At Stanford, Valantine rose to become a full professor of medicine in the Division of Cardiovascular Medicine and director of heart transplantation research.

Weatherford is a New York Times best-selling author with 44 books to her name, including Moses: When Harriet Tubman Led Her People to Freedom, for which she won a Caldecott Honor Medal. Her research interests include jazz, racist stereotypes and the African-American freedom struggle. Weatherford earned an M.F.A. from the University of South Carolina and an M.A. in publication design
from the University of Baltimore.

Prior to Antioch, Webb worked for Alliant International University, where she was a professor and founding university dean of the Shirley M. Hufstedler School of Education. Webb most recently served as associate provost for community engagement at Alliant. She has held teaching and leadership positions at Southern University and A&M College, Howard University and Indiana University Bloomington. 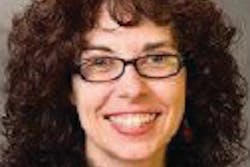 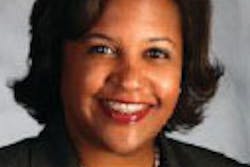 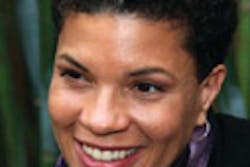 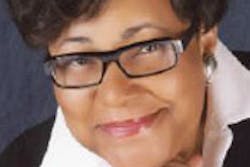