cmaadmin (EDU)
Mar 12, 2015
We salute and honor a diverse group of women who have made
significant contributions in higher education.
Compiled by Cassandra West

Alexander is a civil rights lawyer, legal scholar and writer. She’s a 2005 winner of a Soros Justice Fellowship, which supported the writing of The New Jim Crow, a scholarly examination of mass incarceration in the United States. She holds a dual appointment at the Kirwan Institute for the Study of Race and Ethnicity and the Moritz College of Law at The Ohio State University. One of her passions is exposing and challenging racial bias in the criminal justice system.

Barge is recognized as an expert on African-American women and work-life balance. In March 2015, she will present at the Oxford Women’s Leadership Symposium in Oxford, England. Barge also has more than 30 years’ experience in marketing, communications and public affairs positions. Previously, she was the director of university public relations at Central State University in Ohio.

The first African-American and first woman to be named president of Trinity College, Berger-Sweeney holds a Ph.D. in neurotoxicology and was dean of the School of Arts and Sciences at Tufts University. She is the former Allene Lummis Russell Professor of Neuroscience and associate dean at Wellesley College. Berger-Sweeney is a fellow of the American Association for the Advancement of Science.

In her current role at Educational Testing Service (ETS), Berry has established partnerships with universities across the country to provide opportunities for students to work on business-driven projects at ETS. She has also worked with Howard University to establish a unique collaborative. Formerly, Berry was the senior director for institutional diversity and an adjunct assistant professor of educational psychology and psychology at Miami University in Ohio. While there, she created and implemented retention initiatives for underrepresented students.

Bobadilla has served on the boards of 25 organizations in North Texas and more than 50 committees addressing the needs of the community. She is co-founder and chair of University Crossroads, a UT Arlington outreach, diversity and community engagement initiative. Aside from their data-driven, awardwinning SAT Math Prep courses, the organization promotes college access through academic awareness and readiness involving the entire family. Bobadilla also is a former vice chair of the National League of United Latin American Citizens’ Education Commission.

A professor emeritus of English at The University of Texas at San Antonio, Cantú is currently a professor of Latina/o studies and English at the University of Missouri-Kansas City. In 2012, she was inducted into the Texas Institute of Letters, and she was honored with the Nebrija Creative Writing Fellowship from the Instituto Franklin at the Universidad de Alcalá de Henares in Spain. Cantú is also on the board of the American Folklore Society. Cantú edits the Rio Grande/Rio Bravo: Borderlands Culture and Traditions book series for Texas A&M University Press.

Crenshaw teaches civil rights and courses in critical race studies and advanced constitutional law. She was a founder and leading figure in the intellectual movement called critical race theory. In 2007, Crenshaw was awarded the Fulbright Chair for Latin America in Brazil, and , a year later, was awarded a fellowship at the Center of Advanced Behavioral Studies at Stanford University. Crenshaw lectures nationally and internationally on race relations and has facilitated workshops in Brazil, India and South Africa.

While a doctoral student at the University of Illinois at Urbana-Champaign, Davidson assisted in the building of student support services at the Native American House. Her research has been published as chapters in Beyond the Asterisk: Understanding Native Students in Higher Education and Indigenous Leadership in Higher Education. She has served as vice president of the National Indian Education Assocation Board of Directors, and is the national co-chair for the National Association of Student Personnel Administrator’s Indigenous Peoples Knowledge Community.

Gillette, a member of the Standing Rock Sioux Tribe in North Dakota and South Dakota, has served as deputy assistant secretary to the assistant secretary-Indian aff airs for policy and economic development in the U.S. Department of the Interior, deputy associate director of intergovernmental affairs and associate director of public engagement. She facilitates communication between tribal nations and the White House, and is imperative to the annual White House Tribal Nations Conferences.

An active scholar with a focus on Jewish and American literature and past chair of the Middle States Commission on Higher Education, Gitenstein has more than three decades’ experience as a college professor and administrator. She is the first woman president of The College of New Jersey in its 160-year history. Gitenstein, who began her career as an assistant professor of English at Central Missouri State University, has also been an associate provost at the State University of New York at Oswego and provost at Drake University.

Griffin has served as director of the Institute for Research in African-American Studies at Columbia University and won a Distinguished Faculty Award from Columbia. She is the editor of numerous collections of letters and essays, and is the author of Harlem Nocturne: Women Artists and Progressive Politics During World War II. Griffin’s writings have appeared in Th e New York Times, Th e Guardian, Harper’s Bazaar, Callaloo and African American Review, and she is also a recurrent commentator on WNPR.

Harper-Marinick has led initiatives to enhance access and increase student success, and build the stature and recognition of the Maricopa County Community College District. She serves on numerous boards and councils, including chair of the federal Advisory Committee on Student Financial Assistance. Originally from the Dominican Republic, Harper-Marinick came to Arizona State University as a Fulbright Scholar in 1982. She is president-elect of the National Community College Hispanic Council.

House served as a variety of educational positions, including superintendent, in Memphis, Tennessee, and Chapel Hill, North Carolina, before joining the Institute for Student Achievement. She has served on the board of directors of the Educational Testing Service, The Woodrow Wilson National Fellowship Foundation board of directors and the advisory board for the National Center for the Study of Privatization in Education. House is also on the board of trustees of Adelphi University.

An economist whose research centers on issues in education and local public economics, Hoxby is also a senior fellow at the Hoover Institution and the Stanford Institute for Economic Policy Research. She is also the director of the Economics of Education Program at the National Bureau of Economic Research. Hoxby attended Oxford  on a Rhodes Scholarship before receiving a doctorate in economics from the Massachusetts Institute of Technology. She was Harvard University’s first African-American economics professor with tenure.

Recognized  for her work  in the areas of culturally relevant pedagogy and critical race theory, Ladson-Billings is a pedagogical theorist and teacher educator. Many consider her work, The Dreamkeepers: Successful Teachers of African American Children, a significant text in the field of education. Ladson-Billings is a past president of the American Educational Research Association. She holds three honorary doctorates from Umea University in Sweden, the University of Massachusetts Lowell and the University of Alicante in Spain. She was elected to the National Academy of Education in 2004.

Loston was previously director of education and special assistant for suborbital and special orbital projects directorate for the Goddard Space Flight Center’s Wallops Flight Facility and chief education officer for NASA and its headquarters in Washington, DC. She also served as NASA’s associate administrator for education and senior education advisor. Former president of San Jacinto College South, Loston has also held several administrative educational positions for the past four years.

Prior to joining the Association of American Colleges & Universities, Mack was senior program director for the National Science Foundation ADVANCE Program and a professor of biology at the University of Maryland Eastern Shore. She earned a doctorate in physiology from Howard University, and has conducted significant cancer research. Mack was a member of the National Institutes of Health’s Division of Training, Workforce Development, and Diversity review subcommittee.

Saunders-White became the 11th chancellor of North Carolina Central University in 2013. Previously, she was acting assistant secretary for the Office of Postsecondary Education at the U.S. Department of Education. Saunders-White has also been the assistant provost for technology and vice president for technology and chief information officer at Hampton University in Virginia. In 2011, the White House appointed her deputy assistant secretary for higher education programs in the U.S. Department of Education.

A graduate of Harvard University and New York UniversitySchool of Law, Scott is the fi rst African-American to lead the Mississippi College School of Law. She previously taught and held administrative roles at North Carolina Central University School of Law and Tulane University Law School in New Orleans. Scott’s scholarship focuses on constitutional theory and school desegregation, and is recognized for her work on the desegregation of public colleges and universities.

Before joining the University of Delaware faculty, Stetz, an expert in women and gender studies, taught at the University of Virginia and Georgetown University. Her teaching areas include women and material culture, women’s representations of war, women’s comedy and late-Victorian feminism. She is the author of numerous books, including Facing the Late Victorians and Gender and the London Theatre (1880-1920). She is a prolific essay and review writer and has curated several major exhibitions.

Vallejo has spent more than 30 years in higher education, working
as an administrator at community colleges in New York and New Jersey, as well as at four-year colleges and universities. She has offered advocacy and support to organizations such as ASPIRA of Florida, an empowerment organization for young Latinos. She is a past president of the National Community College Hispanic Council (NCCHC) and is currently on the national advisory board for the NCCHC Leadership Fellows Program.

Wilson is the first-ever female and minority director of athletics at the University of Missouri-Kansas City, and was the only female athletics director in the Western Athletic Conference at the time of her appointment. The National Association of Collegiate Women Athletic Administrators honored her as Division I Administrator of the Year in 2012. Before becoming athletic director, Wilson was the senior associate athletics director for business and administration and senior woman administrator. She is a 2010 graduate of the NCAA Fellows Leadership Development Program.

The daughter of workingclass Hong Kong immigrants, Kathleen Wong(Lau) has experience in intercultural and diversity consulting and training in the higher education, nonprofit and corporate sectors. She has been on the faculty of the School of Communication at Western Michigan University and a consultant to the dean of the College of Veterinary Medicine at Michigan State University. Wong(Lau) served on the board of Campus Women Lead, a multicultural women’s leadership organization created by AAC&U. She is currently director of the National Conference on Race and Ethnicity in Higher Education.

Xi leads research to advance English language learning and assessment for learners worldwide, and research that supports English language assessments such as the TOEFL. She publishes extensively on validity and fairness issues in the broader context of test use, test validation methods and automated scoring of speech. Xi won the 2005 International Language Testing Association (ILTA) Best Language Testing Paper Award and serves on the editorial boards of Language Testing and Language Assessment Quarterly. She received a Ph.D. in second/foreign language assessment from the University of California, Los Angeles. 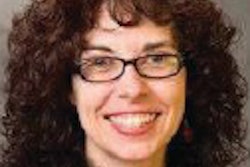 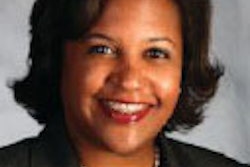 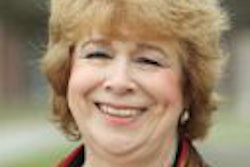 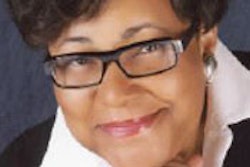