The vast majority of Black high school graduates from the Class of 2011 who could have done well in an AP course never enrolled in one because they were either “left out” or went to a school that didn’t offer the college prep courses.

That’s one of the key findings of the eighth annual AP Report to the Nation released Wednesday by the College Board.

“If there’s one chart that’s the most powerful and the most haunting, this is the one that captures the most attention in my eyes,” said Trevor Packer, senior vice president of AP and College Readiness at the College Board, during a webinar on Wednesday in which he offered commentary on the new report.

He was referring to Figure 6 of the report, which shows that 79.7 percent of Black students who could have done well in an AP course did not take one.

Similarly high numbers of students identified as Hispanic or Latino (70.4 percent) and American Indian or Alaska Native (73.7 percent) also were not accessing the AP courses, whereas a lesser amount of White students (61.6) were left out of AP.

Packer said this is the first time the College Board has examined SAT scores by race and ethnicity to extrapolate the extent to which members of a particular group who could have done well in an AP course were accessing the courses.

Research suggests that the lack of AP courses has profound implications for the students as they transition to their post-secondary educational lives.

For instance, in its 2011 State of College Admission Report, the National Association for College Admission Counseling found that grades in college preparatory courses were the top factor that colleges considered in the admission decision. Specifically, such grades were deemed as “considerably important” by 83 percent of colleges — a higher percentage than for any other factor, including admission test scores, overall GPA or class rank.

Bryan Cook, director, Center for Policy Analysis, Division of Programs and Research at the American Council on Education, said the lack of access to AP courses for Black students puts them “a step behind.”

“As there’s this push to increase educational attainment in the United States and for institutions to improve student success measures, such as graduation rates, institutions are looking for the best and brightest students they think can do college-level work and succeed,” Cook said. “One of the measures of that is the extent to which they’ve done college-level work.

“That is increasingly a factor for admission officers, something that shows students that are admitted can do college-level work,” Cook continued. “Obviously, the impact that it would have on African-American students, if they’re not given the opportunity because the courses are not available, it obviously puts them a step behind other students who attend schools where the courses are offered.”

Cook said he doubts that Black students are not going to college because they didn’t take an AP course, but that lack of an AP course could still affect their post-secondary experience in a variety of ways.

For instance, he said, if two students’ college applications are equal in all respects except for AP courses, the one who has the AP courses would be more likely to be admitted. Along similar lines, students who don’t take AP courses may be less likely to gain entry into their first choice for college.

Further, Cook said, AP courses could ease the transition that students make from high school to their first year of college — a crucial time when students often decide whether to carry on or drop out.

“It may not be whether they have access, but what type of success they experience in the first year, and would that have been different if they had been able to take the AP course?” Cook said.

The AP report looked at AP test-taking by race and ethnicity in a variety of ways. For instance, one figure shows the AP test-taking segment of various groups in comparison to their representation in the overall student population.

Packer, the College Board VP, said that the lack of AP courses in schools where there are large numbers of minority students speaks to the issue of lack of teacher training.

Other times, he said, minority students are not taking AP courses because they feel out of place or haven’t been convinced that they can do college-level work.

If the courses are available and minority students are still not taking them, Packer said, “this is a counseling issue” where counselors have to help students overcome worries that they won’t be able to succeed in a college-level course.

Counselors, he said, should let students know: “You may be intimidated, but data show you’ll be successful.” 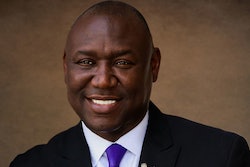