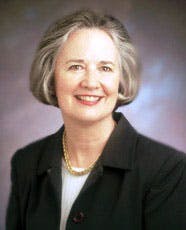 Dr. Debra Stewart is the president of the Council of Graduate Schools.

In a significant one-year change that scholars say deserves more scrutiny, first-time graduate school enrollment among African-Americans rose in 2011, bucking an otherwise downward trend among all other groups, according to a new survey being released today by the Council of Graduate Schools.

The survey—formally known as the CGS/GRE Survey of Graduate Enrollment and Degrees – found that, while graduate school enrollment declined overall in 2011, African-Americans “were the only U.S. citizen and permanent resident racial/ethnic group to experience an increase in first-time graduate enrollment between 2010 and fall 2011, a 4.4 percent gain.”

Meanwhile, total first-time graduate enrollment went down 1.7 percent. Among Whites it dropped 2.9 percent. It dropped 5.9 percent for Hispanics and .8 percent for Asian/Pacific Islanders, and 3.8 percent for American Indian/Native Alaskan students.

When asked what was behind the trend of more Black students enrolling in graduate school for the first time, Dr. Debra Stewart, president of the Council of Graduate Schools, stated plainly: “I don’t know.”

“This is the first year that we’ve seen anything like this,” Stewart told Diverse during an interview Thursday.

“It’s not obvious from any of the data we have why African-Americans shouldn’t be suffering the same declines as everybody else,” Stewart said. “Obviously it’s just something that we have to watch.”

Dr. Brian Bridges, executive director of the Frederick D. Patterson Research Institute of UNCF, said the one thing that struck him about the survey was the apparent growing diversity of fields of study being pursued by African-Americans.

“One of the things that jumped out at me is, if you look at the difference between first-time enrollment and total enrollment, it appears that Black enrollment in graduate schools is becoming more diverse,” Bridges said, noting that there are fewer Black education majors than in the past.

The survey found, for instance, a 12.9 percent increase from 2010 to 2011 in the number of first-time graduate enrollment among African-Americans in biological and agricultural sciences—one of several fields in which African-Americans are still underrepresented.

“Underrepresented minority first-time graduate students were less likely than their peers to be enrolled in the natural sciences and engineering in fall 2011,” the report states. “Among Black/African American first-time enrollees, 9.7 percent were enrolled in biological and agricultural sciences, engineering, mathematics and computer sciences, or physical and earth sciences, along with 10.8 percent of Native Hawaiian/Other Pacific Islanders, 12.7 perecent of American Indian/Alaskan Native and 14.0 percent of Hispanic/Latino first-time graduate students.

“In comparison,” the report continues, “16.3 percent of Whites, 19.2 percent of individuals of two or more Races, and 28.7 percent of Asians were enrolled in one of these four broad fields.”

Bridges also noted that Black women continue to represent the vast majority of Black graduate students. Specifically, Black women represented 69.7 percent of first-time graduate enrollment for their respective ethnic group, higher than the national average of 60.5 percent and higher than any other ethnic group, the survey found. The groups with the next two highest percentages of females were American Indian/Alaskan Natives, with 63.7 percent, and Hispanics, with 62.8 percent.

Dr. James T. Minor, program director at the Southern Education Foundation, said the increase in Black graduate students needs to be probed further in order to draw any conclusions.

“A one-year blip, for example, may mean nothing,” Minor said.

Both Bridges and Minor said that, among the things that need to be examined, are what types of institutions might be behind the trend.

It could be that the minority-serving institutions, including HBCUs, are behind the trend. Or, Minor said, it could be the growing availability of online courses or for-profit colleges that are responsible for the uptick.

“It does raise some questions, but you have to be smart about making any assumption about why those increases are present,” Minor said. “But I think it’s a direct relation to the availability of programs (to African-Americans), and for-profit colleges are a part of that.”

One graduate school dean said he thought the uptick in Black first-time graduate students had to do with greater efforts to improve the number of students from underrepresented minority groups at the undergraduate level.

“I believe that now we have a nicer and a larger pool of those students to draw from,” said Bob Augustine, dean of the graduate school at Eastern Illinois University, who credited his institution’s Office of Minority Affairs with doing more to increase enrollment among minority students.

Augustine said he did not have actual figures from his institution at the ready but his sense was that EIU’s graduate school trends were consistent with those identified in the CGS survey.

Stewart, of CGS, said the organization plans to look more deeply at the survey’s findings.

“Right now we’re just trying to figure out what the explanations for the overall declines are, and, frankly, it’s going to take probably a couple of years of trend data to understand much more of that,” Stewart said.