Lag in Civics Savvy Ends Up in Hurting Communities 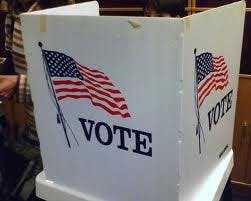 Several college professors say topics like why voting is important get swept aside because high school teachers aren’t required to teach beyond the basics of civics.

Dexter Evans recalled being taught the basics of social studies in high school: the U.S. Constitution, the Declaration of Independence and three branches of federal government.

Although it was more than five years ago when he graduated high school, he says most of the social studies/civics lessons were taught in the classroom and with limited hands-on experience.

“Some topics such as social studies don’t get the attention it deserves,” says Evans, 23, now a senior majoring in legal studies at Paul Quinn College in Dallas. “Social studies and other (subjects) can help students choose what they want to do and become college-ready in what they want to be. In other words, the more choices students are given, the better they will be in college and in life.”

That’s exactly what a report completed by the Educational Testing Service of Princeton, N.J., states in regard to civics knowledge among elementary, middle and high school students.

The report, titled Fault Lines in Our Democracy: Civic Knowledge, Voting Behavior and Civic Engagement in the United States, outlines civics activities, assessments by race and gender and topics studied.

Out of more than 25,000 fourth-, eighth- and 12th-grade students assessed on their civics knowledge in 2010, only 25 percent of the students were proficient in their academic levels.

At least 64 percent of all the students performed at a basic level, but less than 5 percent in all three grades achieved the advanced level.

In regard to higher education, at least 60 percent of voters with a bachelor’s degree or higher voted in the 2010 election, versus 39 percent with a high school diploma.

“Although we didn’t look more specifically into higher education, the report

definitely shows, the more education you have, (the)  more you will vote and be more active in your communities,” says Richard Coley, co-author of the report with the ETS Center for Research on Human Capital and Education. “Unlike other countries, we are not united by race or religion. What really brings [America] together is a shared (collection) of civic ideas. The health of our democracy is in [trouble].”

Several college professors say high school teachers aren’t required to teach beyond the basics, so topics like why voting is important get swept aside. Limited state budgets cut social studies programs and continue to fund the main subjects of language arts, math and science/technology.

That’s why Eastern Kentucky University will run voter workshops and political science faculty will conduct a series of debates and host an election night party this year to help educate students about the importance of voting.

Some students, mainly first-year students, don’t know the role of Congress, cannot name the secretary of state and are unfamiliar with the three branches of government and their roles, says Dr. Lynnette Noblitt, who chairs the government department and is a professor at EKU.

“It is very worrisome that the students don’t have the substance to know what’s going on,” she says.

Dr. Meira Levinson, associate professor of education at Harvard University, says students of color are affected the most in not obtaining civics knowledge. Levinson’s new book, No Citizen Left Behind, discusses how schools in low-income areas lack the money and resources in teaching students the importance of volunteering, going on field trips and establishing a student government association to learn leadership skills.

“Children of color have the most to lose in not being able to apply civic knowledge in transforming their communities. If they don’t have the opportunity to come to college, they are unprepared in how to grow as a student and as a person,” Levinson says.

Public school officials acknowledged that there is little money to pay for social studies programs, but defended how students are taught and what they are learning.

In Massachusetts, the history and social studies curricula require students taking U.S. History I and II to discuss documents such as The Mayflower Compact (1620), Frederick Douglass’s Independence Day speech at Rochester, N.Y., (1852) and Lyndon Johnson’s speech to Congress on voting rights (March 15, 1965).

Massachusetts Secretary of Education Paul Reville says 25 schools in the state have expanded their school day by one-third, a change that provides students more time to incorporate civics knowledge.

“One of the true culprits is time. We concentrate a lot of energy in math, English and science. That has put a squeeze on other topics such as social science [and] physical education,” Reville says. “Could we do better? Of course we can, but I think we are doing a pretty good job.”

The ETS report doesn’t present why students are not learning, but it does provide how often students study various topics and the specific subjects.

According to the ETS report, 82 percent of eighth-graders ranked the U.S. Constitution as a subject studied the most. Two topics tied at 68 percent for 12th-graders: political parties, elections and voting, and state and local government. Students in both grades say international organizations were studied the least.

Zack Mezera and Aaron Regunberg say high school students in Providence, R.I., learn about civic engagement, but only through lectures. That’s why they created the Providence Student Union to help students at a local high school become more involved in school activities, learn civic responsibilities and edit/write speeches to the school board.

“Most students in the high school we are working with … haven’t been taught to understand the role that they could play in the democracy and the power they could have to use their voices to make a change,” says Regunberg, 22, who graduated in May from Brown University with a bachelor’s degree in political science. He added that, when school systems create standardized tests, it decreases civic learning because students are forced to focus on testing.

Mezera, 21, a senior at Brown with a double major in religion and education policy, says he went through a similar learning process while in high school.

“I think teachers did a great job in teaching the standard material, but I didn’t have anyone to [explain] who wrote the Declaration of Independence, why we went to war and who has the power in making those decisions,” he says. “That helps you to think more critically and become more engaged in certain topics.”

One of the report’s recommendations is that students be encouraged to conduct more community service projects.

For instance, the Columbia University chapter organized eighth-grade students in Harlem, N.Y., to stop violence at a school bus stop. The effort forced a local precinct captain to assign an undercover police officer at that corner.

“We figure this is the most unique way in going into secondary schools and teaching students about the importance of civics education,” says Scott Warren, co-founder and executive director of Generation Citizen. “When you are teaching 16- to 18-year-olds and having 21-year-olds to teach them, they can relate more. When you just have regular teachers teaching them, the students … can’t relate to them too well.”

Evans, who was past president of Paul Quinn’s SGA, led a student-driven protest asking the Dallas City Council to put together an impact study before expanding a landfill less than two miles away from the campus.

The proposal got dumped.

“We don’t even have a grocery in our community, and that is six miles away,” Evans says. “We couldn’t sit by and do nothing. We had to make our voices heard.”