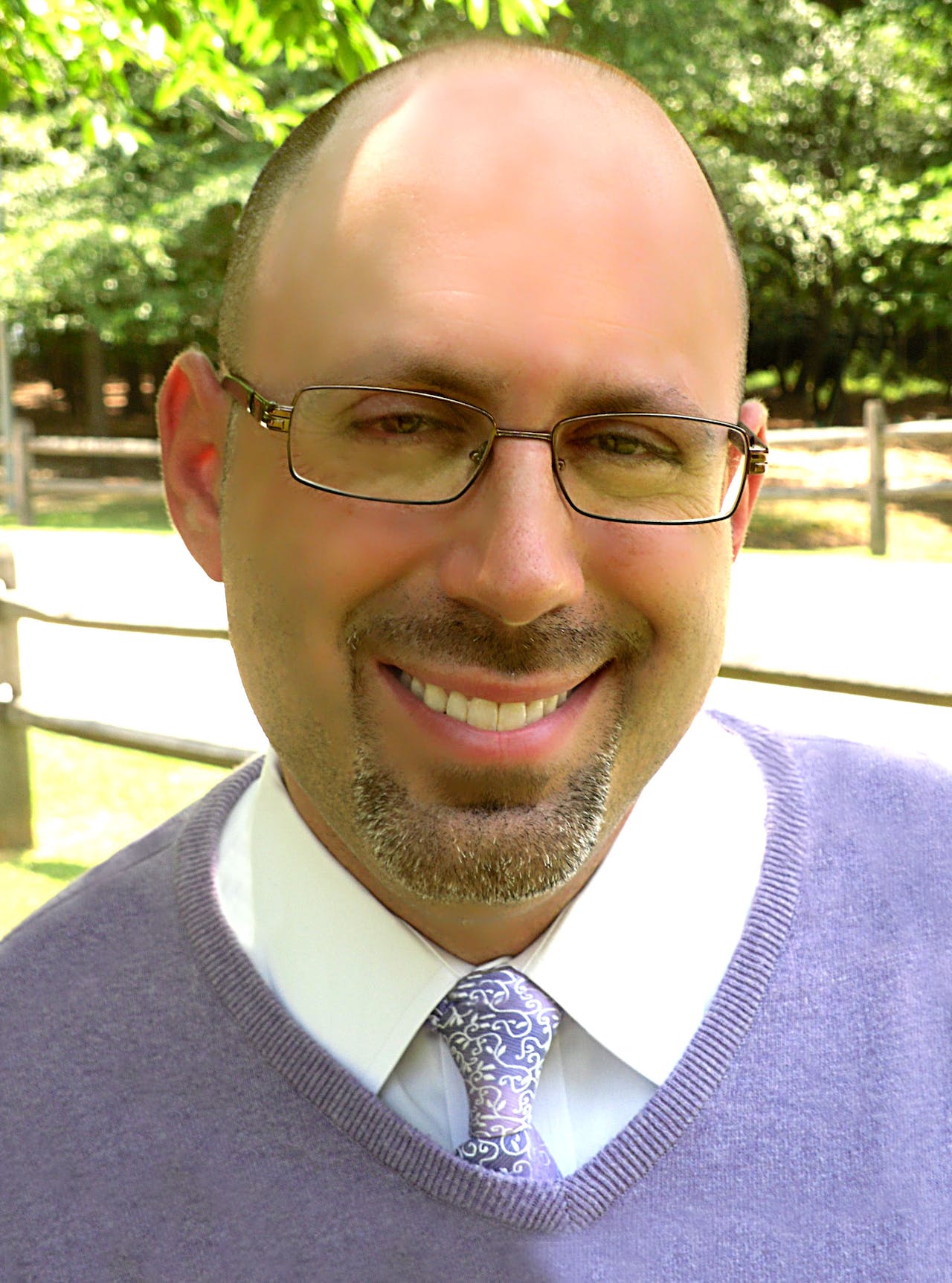 Dr. Derek Greenfield is Alcorn’s director of the Office of Educational Equity and Inclusion.

Mississippi’s three historically Black universities, like other HBCUs around the country, are gradually becoming more diverse, and their administrators say the shift in enrollment is enhancing their mission, not detracting from it.

One of them, Alcorn State, is the first and only HBCU in Mississippi to reach a court-mandated goal of having 10 percent non-Black enrollment for three consecutive years. But Alcorn isn’t stopping there.

“While we have fulfilled what the court required … we are not content that we have addressed all of the issues of underrepresented groups on campus, not only that those groups begin to appear but that they feel they have community and a voice on our campus,” Alcorn President M. Christopher Brown II told Diverse in a recent interview.

Alcorn recently announced a number of measures it is taking to continue its diversity efforts after meeting the enrollment requirements set forth in a settlement agreement of 2002, which ended the 27-year Ayers v. Fordice lawsuit. Lead plaintiff Jake Ayers and others accused the state of establishing racially separate and unequal systems of higher education.

The settlement called for Mississippi’s HBCUs — Alcorn State, Jackson State and Mississippi Valley State universities — to share $503 million, most of which is to be spent over a 17-year period for academic programs. In order to tap into an endowment portion of the funds, enrollment diversity mandates must be met.

Alcorn is the only one of the three institutions to achieve those goals so far.

“While we believe in the Ayers enrollment goals, it is the minimum and not the ideal,” Brown said, adding that significant research has shown “that cross-racial and global engagement in the academic space improves academic outcomes and performance.”

When Brown arrived in 2011, most of the recruiting initiatives had been completed under Dr. George Ross, his predecessor, but Brown wanted to double down on diversity by moving beyond the enrollment phase. Brown appointed Dr. Derek Greenfield as Alcorn’s director of the newly renamed Office of Educational Equity and Inclusion.

Greenfield said that, after succeeding in attracting students of various racial and ethnic backgrounds, Alcorn is now attempting to ensure “a welcoming and supportive environment” for all its students with a variety of cultural and educational programs. He said Alcorn’s goal is to make sure its new minorities are not isolated and ignored. For example, Alcorn has a monthly “diversity dialogue,” a forum that explores issues facing its diverse student population.

At Jackson State, Dr. James Maddirala said the university is not only seeking to meet its goal of three straight years over 10 percent non-Black enrollments, but to reach even higher levels of diversity. “We’re at 10 percent now, and our goal is to reach 12 percent non-African-American enrollment by 2015,” said Maddirala, associate vice president for academic affairs and global academic diversity.

Many of Jackson State’s initiatives are international, such as establishing satellite programs in India and China. But other initiatives include recruitment from Mississippi’s Native American, Eastern Indian and Hispanic populations. Jackson State is opening a Choctaw campus in Carthage, Miss., this semester and has plans for a number of physical sites offshore.

In India, Jackson State will offer master’s and doctoral programs in public health and an executive Ph.D. in urban higher education. Maddirala said the programs also will provide study-abroad and faculty exchange opportunities.

“We’re going into Bangkok in 2015, and we have an offer in China, which will be a good opening for us,” Maddirala added.

At Mississippi Valley, a rural campus in the Delta area, diversity initiatives had included a campus diversity center. However, Dr. Jerald Adley said the university is trying to “infuse diversity throughout various programs.”

She also said recruitment of underrepresented students has been stepped up, even though the school has yet to achieve 10 percent non-Black enrollment. Last spring, about 4 percent of the 2,324 students enrolled were White and international students.

“We are really focusing on areas that have high non-Black populations and both public and private schools. We’re also offering scholarships and grants. We‘re going to be persistent and not give up,” Adley said, acknowledging that recruitment “of all students” is a challenge.

All of the diversity administrators at the Mississippi HBCUs say their campus communities have been supportive of the initiatives. Greenfield said African-American students and alumni have expressed appreciation for the monthly “diversity dialogues” and an annual recognition luncheon for “champions of diversity” on campus. In addition, he said multicultural entertainment programs have helped bridge gaps caused by misunderstanding and lack of cultural awareness.

Some HBCUs have achieved such high diversity goals that they are no longer predominantly Black, or they’re on their way to reaching that point. Tennessee State University, once a nearly all-Black institution, is currently 30 percent non-African-American, making it the most diverse four-year campus in the state’s public education system, according to Dr. Jewell Winn, executive assistant to the president and chief diversity officer.

“We will always be historically Black, but we’ve done an outstanding job of increasing our diversity and bringing in more underrepresented students,” Winn explained. “We are working toward globalization. We want our students to be able to compete in a global society, and our president is very supportive of that. My goal is to implement activities and initiatives that can enhance those opportunities through study-abroad programs, faculty exchanges, and we are opening our multicultural center this fall.”

As the only public HBCU in the state, TSU has benefited from the Geier Settlement of 1984 and the Geier Consent Decree of 2001. In 1968, Rita Geier, an African-American woman, filed suit against the state claiming that funding of the public higher education institutions was inequitable. Funds from the settlement have been distributed to universities throughout the system to improve diversity. Winn, whose doctoral dissertation explored the effects of the court case, said that, at Tennessee State, those funds have gone toward its various diversity initiatives, including the opening of a multicultural center this fall.

At Alabama State, Dr. John F. Knight, executive vice president for marketing and communications, also was the lead plaintiff in Knight v. Alabama, a 1981 lawsuit that alleged vestiges of an earlier segregated system of higher education in Alabama remained, preventing the two Black universities, Alabama State and Alabama A&M, from having resources and programs equal to those at the White institutions. As a result of the Knight settlement, $200 million over more than 25 years was to be used to improve facilities and programs at the HBCUs. Final judgment in the case was handed down in 2006.

“We‘re always striving to increase our diversity,” Knight said. “We’re enhancing the quality of our facilities and our academic programs, bringing professors in from all over the world and establishing memoranda of understanding with institutions in other countries including India, Korea and China.”

According to the administrators, feedback from African-American students generally has been positive.

Vickey Williams, a 2011 Jackson State graduate and former editor of the student newspaper, the Blue & White Flash, said most Black students welcomed diversity. “As a whole, the African-American students were very open-minded and supportive,” Williams said. She noted that White and Hispanic students were popular athletes and student government leaders. She recalled that a bi-racial White/Hispanic student won the SGA presidency “by a landslide.”

Two experts who have observed HBCU diversity efforts question the need for mandates requiring HBCUs to become more inclusive. Lezli Baskerville, executive director of the National Association for Equal Opportunity in Higher Education (NAFEO), and Marybeth Gasman, professor of higher education at the University of Pennsylvania and a Diverse blogger, point out that, unlike the White institutions in these Southern states, HBCUs never barred students of any race from their campuses. However, Gasman suggests that improving diversity benefits all parties. “Times are changing, and all HBCUs need to increase and maintain their enrollments. Majority institutions are competing for Black students [while] there are Latino, White, and Asian students who want to attend HBCUs for the academic programs, locations and lower tuition.”

However, Brown said that, although HBCU diversity is important, all public universities — whether they are predominantly Black or White — “have a public duty to make sure their campuses are as inclusive as possible and offer equal educational access and equitable educational outcomes.”