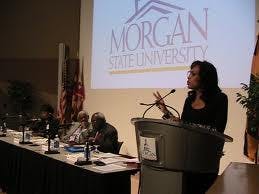 BALTIMORE — Lawyers representing a coalition of supporters of Historically Black Colleges (HBCUs) in Maryland and attorneys for the State of Maryland made their final legal arguments Friday in a federal court trial whose outcome could have widespread implications. A ruling here could impact other states where supporters of public HBCUs claim they have not been equitably funded or allowed to enhance their missions in ways that rid them of policies and practices traceable to the era of legal racial segregation in higher education.

To remedy alleged negative impacts on the institutions the coalition claims continue today, they are asking the court to order the state to spend more than $1 billion on Maryland’s four HBCUs — Morgan State, Coppin State and Bowie State Universities and the University of Maryland Eastern Shore — to enhance the missions of the institutions and allow each to establish “a critical mass” of “unique, high demand programs” to attract more students of all races.

The state has repeatedly failed to do so, they argue, allowing the four universities to steadily lose their competiveness and attractiveness in the higher education marketplace.

The state contends just the opposite.

It could be early next year before Judge Blake issues a decision in the case, filed six years ago this month. An earlier hearing in the case ran six weeks and included the filing of hundreds of pages of evidence and exhibits by coalition and state attorneys.

The case, whose outcome is likely to be appealed by one or both sides in the matter, is considered one of the major cases across the nation in the last half century aimed at addressing inequities between historically Black and White pubic institutions.

In a courtroom packed with nearly a hundred neatly-dressed alumni, retired employees, students and other supporters of Maryland HBCUs, Judge Blake heard nearly four hours of oftentimes passionate presentations by lawyers representing the coalition and the state.

Blake peppered their oratory with questions indicating her intricate knowledge of the history of Maryland’s dual system of higher education and its actions in recent decades to address its post-segregation-era education system.

Saying she was “troubled” by the state’s actions in recent years, she repeatedly asked state lawyers to explain the state’s rationale for allowing the establishment of programs and new institutions, particularly in the Baltimore area, that duplicated what existed at long established, nearby historically Black institutions.

She caught the coalition lawyer off guard when she asked how he would measure when a state has ridded itself of traceable connections to racial segregation required by law, a process known as de jure, or legally enforced racial segregation policies and practices in higher education.

In the process of Friday’s hearing, the courtroom audience got a detailed refresher course in the South’s history of racial segregation in public higher education. This case, one of several brought in the past four decades aimed at dismantling dual systems of state-controlled higher education, relied heavily on a 1992 United States Supreme Court’s  decision, referred to as Fordice, that focused on alleged funding for Mississippi’s HBCU’s in the post-segregation era.

In that 17 year-old case, the high court ruled 8-1 that Mississippi officials had failed to rid that state’s higher education system of its practices and policies traceable to the racial segregation era. It found the state had adopted many race-neutral policies in the post-segregation era, yet its programming and funding actions since continued to have a “segregative” effect, maintaining five almost completely White institutions and three almost completely Black.

There has been litigation in Alabama and Tennessee addressing similar issues. Both were settled in recent years. Another historic federal case, Adams v. Richardson, also touched on the same issues.

Both sides often referred to the Fordice ruling.

Washington attorney Craig Thompson, representing the state, asserted there is ample evidence to show the Maryland higher education system has publicly “acknowledged and addressed” issues stemming from the era of racial segregation. Despite them, he argued no students have come forth to claim they suffered “injury” due to the policies and practices the coalition claims inhibited the schools’ ability to serve the public.

Thompson asserted the state’s current policy regarding funding, mission and programs “detaches itself from what happened in the past.”

Washington attorney Michael Jones, representing the coalition on a pro bono basis, took his court time to refresh the court with a list of examples he contends show the state to this date continues to engage in practices that undermine any notion of enhancing the historically Black institutions.

Jones said the coalition argues the state has “substantially marginalized” its HBCUs through funding policies, duplicating programs and not allowing the four schools to expand their missions.

“I’m encouraged by her questions,” said David J. Burton, president of The Coalition for Equality and Excellence in Maryland Higher Education. The group was organized in 2006, said Burton, a Morgan State alumnus. He was among the crowd of people to watch Friday’s hearing, the last trial court proceeding in this case.

“What’s most encouraging here is that nothing here today counters our case of connecting past policies with future funding,” said Burton, a trade association executive. “The state has made an effort, but this is not an affirmative action case. It’s about equitable funding for our institutions, Black and White. It’s hard to address that without looking back.”

Veteran civil rights law professor John C. Brittain, a University of the District of Columbia professor who is advising the coalition, echoed Burton’s sentiments, saying “the best tip” of Judge Blake’s thinking was her sense of understanding the history of the state’s expansion of higher education opportunities in the Baltimore area without involving the city’s Black colleges.

Thompson said he would have no comment until the judge issues her decision in the case.

Richardson, who was one of three dozen witnesses in the case, testified on behalf of the coalition during an earlier six week trial. He said Friday’s closing arguments by coalition attorney Jones “was nothing short of brilliant. They used the state’s own documents to make their case.”

Richardson was among HBCU presidents deposed by the state early in this case and later testified for the coalition. He told the court that during his tenure as president of Morgan State, he felt state higher education officials on numerous occasions declined to approve proposals that would allow Morgan State to build and grow its facilities and programs.

The actions that allegedly inhibited Morgan’s efforts to expand its mission cleared the path for the state to start and fund new institutions with programs that duplicated those already offered by Morgan and its counterparts, Richardson said.

In one instance, in 1996, Richardson said the state higher education commission turned thumbs down on 10 Morgan State proposals for expanded programs, only to later tell federal officials that Morgan had not asked for new programs.

“I see a more troubling future for these schools if this is not addressed,” said Richardson, asserting the longer the state takes to address the equity issues raised by the coalition lawsuit, the tougher it will be for the state’s HBCUs to offer attractive, competitive programs for students who are being wooed by an ever-expanding array of public and for-profit institutions.

Citing what he said was a history of refusals by local and state officials to take bold initiatives to enhance Black institutions, Richardson said the federal court needs to act in this case if the four HBCU’s in Maryland are to survive.

“Nothing happened until the federal government stepped in,” Richardson said, citing such historic U.S. Supreme Court rulings as the Brown vs. Board of Education desegregation decision regarding elementary and secondary education and the Fordice and Knight rulings regarding higher education. These significant federal decisions came after years of inaction by state and local officials to address issues, Richardson said.

Thompson, who has complained of the disparity in funding between the historically Black and historically state Land Grant colleges, offered views similar those of Richardson.

“If you look at things historically, we’re always playing catch up,” said Thompson, who served as president of University of Maryland Eastern Shore from 2002 to 2011. “This is clearly demonstrated.”

Thompson, who testified in the case about disparities in Land Grant funding, said “anybody who is fair-minded” would see the inequities in funding and conclude “the schools could benefit” from the relief being sought by the coalition of Maryland HBCU supporters.

Land Grant colleges are institutions designated by the federal government since the 1800s for specific allocations of funds to further their agricultural education and research efforts. The funds are given to the state, which then decides who gets what.

Only recently have some states with historically Black and White Land Grant colleges begun to address the funding inequities, which each year usually saw historically White colleges get a five to six times greater share of the federal Land Grant allocation than their Black counterparts.