The Dysfunctional Linking of Achievement and Race

For all its inadequacies, No Child Left Behind is based on a solemn premise — the belief that all children can learn. Children of color. Poor children. Children with disabilities. All of them. This powerful notion is embedded in the manner in which the law requires schools to report achievement data disaggregated among various demographic groups that have historically been left behind. No longer could schools hide yawning achievement gaps behind rosy overall stats that only told part of the story. And NCLB’s end-goal of 100 percent proficiency by 2014 represents the most powerful policy statement the federal government has ever made about the ability of schools to close these gaps. 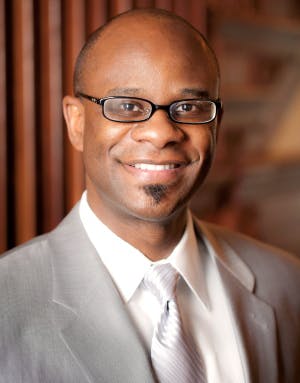 Many states, however, have determined that universal proficiency is an unrealistic goal — at least based on the NCLB timeframe. In response, the Obama Administration has allowed states to apply for NCLB waivers if they set other “ambitious” goals for raising student achievement. So far, 34 states have been granted NCLB waivers, and the new goals set by many of them raise troubling questions.

Twenty-six of the waiver states have set goals that base achievement benchmarks on the race of the student. The most barefaced example is probably Florida. In that state, 74 percent of Black students and 81 percent of Hispanic students are expected to be reading at grade level by 2018, compared to 88 percent of White students and 90 percent of Asian students. Many states have taken similar approaches to Florida; others, like Missouri, simply lump Black students, Latino students, English Language Learners, and students with disabilities together in a pitiful heap of lower expectations.

State education officials have argued that the standards are interim snapshots on the path to universal proficiency. Florida officials assert that all students should be proficient by 2023. But that is cold comfort. NCLB passed in 2001; so even if Florida meets its new projections, it will have taken more than two decades to do so. Children born in the year NCLB passed will be of college age — and far too many of them will have never made it to college due to having been left behind. And of course, there is no guarantee that universal proficiency will be achieved even then. In fact, the odds are much more in favor of another political “fix” letting states off the hook.

Shifting public and political sentiment have created a fierce urgency that these standards fail to embrace — and in many ways militate against. The waivers essentially absolve states of the imperative of ensuring that all kids receive an education that prepares them for a life of productive citizenship. Moreover, the symbolic implications of these standards are just as profound as the practical. What message is sent when skin color is used to define achievement, and by implication, ability?

The Supreme Court recently heard arguments in the Fisher v. Texas affirmative action case. Most commentators predict that the court will greatly limit the permissible use of affirmative action in higher education admissions. So at a time when racial preferences, even those long deemed compelling, are under attack, the establishment of racially differentiated educational standards represents a cruel irony. If affirmative action is wrong, this is abhorrent. It epitomizes the “soft bigotry of low expectations” that NCLB was meant to end.

The NCLB waiver process has been a political masterstroke. It has allowed the Obama administration to impose its education priorities while bypassing the ineffective and obstructionist Congress. This improvised approach to lawmaking, however, has undercut the best thing about NCLB — its underlying premise. And given the bipartisan excitement that greeted the passage of NCLB, it is doubtful that race-based achievement standards would have survived a functional political debate on the topic. So in many ways, this is an all-too-familiar story — one where kids bear the brunt of adult dysfunction.

The author is a professor at Saint Louis University School of Law. You can follow him on Twitter at @TheEdLawProf.