Decision 2012: What’s Next for Education? 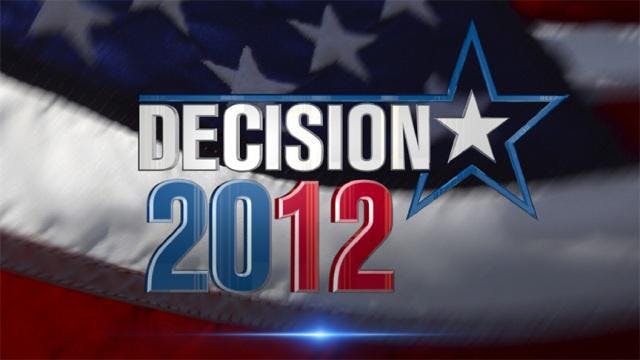 With a victory over Republican Mitt Romney, President Obama will begin to gear up for a second term that may see both continuity and change in his education policies.

In a legislative landscape similar to his first term, Obama again will face a divided Congress as well as fiscal challenges. But the president will need a bipartisan agreement to deal with some of the most pressing issues, including the so-called “fiscal cliff” that could bring painful education program cuts and tax increases as early as January.

This “fiscal cliff” is a combination of fiscal issues converging at once: the expiration of George W. Bush-era tax cuts plus payroll tax reductions and education deductions enacted under Obama, the need for another increase in the federal debt ceiling and looming across-the-board budget cuts that trigger if Congress and the president fail to agree on a larger debt-reduction plan.

The across-the-board cuts, known as a sequester, would affect both domestic and defense spending. Most analysts say federal education programs would lose about 8 percent of funding with the prospect of additional cuts in future years.

“A budget sequester in January would have a terrible short- and long-term impact on the nation’s investments in scientific research and education,” said Hunter Rawlings, president of the Association of American Universities.

A report recently published by Senate Democrats said the sequester could cut $2.7 billion from Head Start, special education and Title I programs at the local level. In higher education, a projected $66 million reduction in federal TRIO programs could eliminate services for 61,000 low-income students, while a $24 million cut for GEAR UP would affect 57,000 low-income youth. Pell grants are exempt from these automatic cuts in 2013.

In his Oct. 22 debate with Romney, Obama said the sequester “will not happen,” although both parties face a tight deadline to reach agreement and avoid the January 2013 cuts.

Along with the tax breaks, another program set to expire is the American Opportunity Tax Credit through which low- and middle-income families can deduct up to $2,500 of college tuition expenses annually.

Since the sequester also would cut defense spending – a result anathema to lawmakers in both parties — some observers are optimistic that both sides may reach at least a short-term agreement before the reductions take effect.

On education policy issues, Obama should see some continuity in his education policy team. In interviews this fall, U.S. Education Secretary Arne Duncan has said he hopes to continue in the job for the president’s second term.

Duncan and the White House both have outlined some second term ideas including a federal effort to hold down tuition increases. Both Obama and Duncan have cited a goal to cut the rate of college tuition increases in half within 10 years, though the administration still will need to provide details on how to accomplish that goal.

Duncan recently told the National Journal, “We need to crack the nut on higher education … middle-class families think college is not for them.”

Pell grant shortfall: By eliminating student loan subsidies given to banks, Obama has funded increases in the maximum grant for needy students. But due to heavy use of the program in the recession, Pell has a shortfall approaching $8 billion by 2014. Leading Republicans also have indicated a need to shore up the program for the long term.

Interest rates: While Obama and Congress sparred in 2012 over the interest rate on student loans, that issue is far from over and it will re-surface in 2013. By enacting only a short-term fix in 2012, student loan interest rates are again scheduled to double from 3.4 percent to 6.8 percent next summer without additional action.

Job training: During the campaign, both Obama and Romney called for enhancements in federal job training programs. Obama has called for new initiatives to train 2 million workers for jobs through partnerships between community colleges and the private sector.

Higher Education Act reauthorization: Congress is likely to begin hearings on renewal of the HEA in 2013, an opportunity for both the White House and congressional Republicans to float new ideas to improve access, completion and affordability. Some observers think Congress may turn to HEA before it considers the future of No Child Left Behind, the K-12 law whose renewal has been snarled in delays on Capitol Hill.

STEM and Teachers: The president has called for creating a Science, Technology, Engineering and Mathematics Master Teacher Corps that will recruit and prepare 100,000 new math and science. “We can out-compete China and Germany by out-educating them,” an Obama campaign plan states.