Schools Scrambling to Reinstate Students in Wake of PPL Reversal 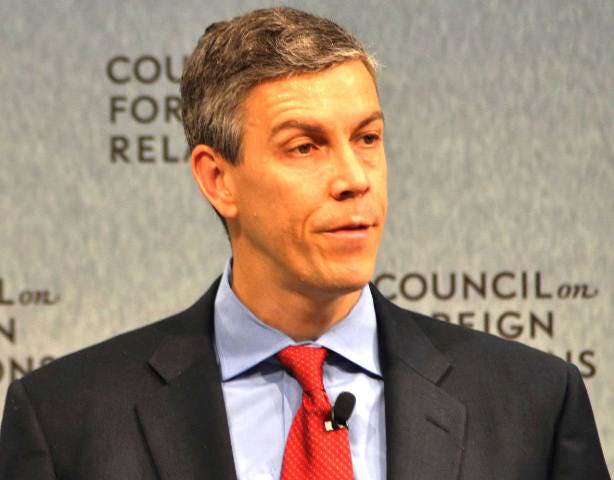 The Department of Education’s decision this month to reverse its denial of loans to thousands of parents trying to help their children go to college clears the way for institutions to try to recover from what has been widely characterized as a fall enrollment disaster for many Historically Black Colleges and Universities (HBCUs).

Secretary of Education Arne Duncan says the agency has reviewed complaints from a number of institutions and advocacy groups and has decided to use the “extenuating circumstances” provision of its Parent PLUS Loan program to reconsider the rejected loan applications.

The new, more forgiving conditions governing the review process suggest the agency will probably waive most of the tougher loan restrictions imposed this spring and summer.

For example, the agency will reconsider applicants who have received Parent PLUS Loans (PPLs) in the past two years and would have received one this year were it not for some debt collections or charge offs that are more than 90 days delinquent. The agency will also reconsider first-time applicants who were denied due to having some “small amount” of “delinquency” in their credit history, Duncan says.

Officials at several universities welcomed the policy decision and said they were already trying to contact students adversely affected this summer and fall by the PPL rejections in hopes of getting them back in school after the winter break.

At the same time, several said they now face the challenge of getting affected students to come back to school in the middle of an academic year, asserting some may opt to wait until next fall, switch to some other institutions or forgo college altogether.

Regardless, some fear what appears to be an unintended blip on the radar could have a more long-term negative effect than federal officials envisioned when they tightened the loan approval requirements.

“It’s a challenge for all HBCUs to get these kids back,” said a university official, echoing the sentiments of some colleagues. “Historically, HBCUs lose a lot of students in the second semester,” even without such last-minute developments as the new loan restrictions, the official noted.

From Howard University to Benedict College and all sizes of public and private institutions in between, university presidents, recruitment and enrollment officials reported earlier this fall losing hundreds of students and millions of dollars in anticipated income at the start of the fall 2012 school year as students learned upon reporting to school they could not be admitted since the loan applications submitted by their parents or guardians had been rejected by the PPL administrators.

The rejections were based on new PPL rules implemented since the fall of 2011 that the agency says puts its efforts more closely in line with lending industry standards. The new rules bar loans to most people with outstanding debts that had been “charged off” by creditors or are more than 90 days past due. Medical bills are included.

On the ground, at institutions across the country, the impact was real.

Clark Atlanta University, for example, exemplified the experience of many institutions.  It reported losing 400 students this fall, largely due to the new PPL lending rules that resulted in its PPL loan denial rate rising to 65 percent this year from 25 percent for the fall of 2011. That denial of loans and loss of students was worth more than $6 million in revenue to Clark Atlanta alone, a university official said.

Hampton, Florida A&M  and Howard universities reported significant student and anticipated income losses, as did a number of smaller institutions like Albany State University in Georgia and Benedict in South Carolina.

When the depth of the PPL situation became clearer as schools began to open this fall, several took actions on their own while joining the chorus appealing to Secretary Duncan. Benedict began tapping internal resources for funds to help some students. Delaware State University offered some affected students scholarship aid packages that were a combination of grants, scholarships and loans.

She said some of the institution’s current students used their last dimes to stay in school this fall after losing their anticipated PPL loan support. Others, who dropped out for lack of needed funds, will see a way back in, she said.

“They’ve been calling,” said Cash. “They want to come back.”

Cash acknowledged it may be a “big deal” to some affected students that they may not graduate with their freshman class cohorts, as originally envisioned. That said, she hastened to add: “The idea of being able to come back to college is a big deal too.”