Mired in Turmoil, S.C. State Tries to Forge Ahead 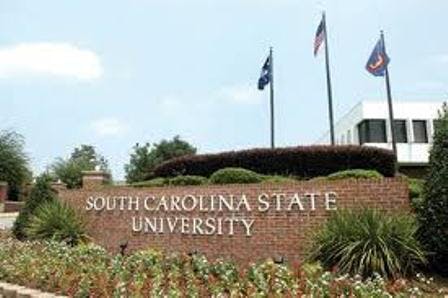 When faculty, staff and students at South Carolina State University returned this month from their winter break, it did not take long for another shoe to drop in the ongoing saga of woes confronting South Carolina’s only public historically Black college.

The U.S. Attorney for South Carolina announced that former SCSU chairman Jonathan Pinson, who resigned from the university board during the holiday break, had been indicted on criminal charges. Pinson, an SCSU alumnus who has become a well-connected Columbia, S.C., businessman, was charged in connection with a kickback scheme in which he would get paid money and merchandise for his efforts to influence the university board to purchase land from a Florida businessman.

On the same day, late last week, the U.S. Attorney said former SCSU chief of police, Michael Bartley, pleaded guilty to charges he conspired with another unidentified SCSU employee to arrange the university’s purchase of a tract of land in exchange for a cash kickback and an all-terrain vehicle. The guilty plea means Bartley faces a maximum penalty of $250,000 and imprisonment for five years, the U.S. Attorney said.

Bartley was among eight university employees terminated by former SCSU President George Cooper in 2010, a move that sparked Cooper to hire an outside attorney to conduct an internal investigation of university business practices. Others included a university vice president, university attorney, athletic department official and student affairs official.

Today, nearly two years after that action, Cooper’s firing and rehiring in 2011, his resignation in April 2012, and two interim presidents later, the university is still awaiting the next move by the U.S. Attorney and moves by a few state lawmakers unhappy with the university.

Meanwhile, SCSU is scrambling to clean up its financial back shop operations on the heels of disclosure that the strength of its financial condition has been exaggerated for years. Millions of dollars in revenue, including federal funds, had been incorrectly classified, according to a report by the university’s new vice president of finance. In reality, the school has been running an operating deficit, he found.

“We’ve got to get this presidency right this time,” said Walter Tobin, the veteran retired education administrator who is chairman of the SCSU board and is leading the search for a new president. “I admit I’m worried,” said Tobin, a 1964 grad of SCSU who has seen the university churn nearly 10 presidents (permanent and acting) in the past decade.

The several years of internal strife at SCSU, steady decline in state funding, loss of students and a sleepy economy have combined to create significant challenges for the university in its efforts to attract a new leader, said Tobin, who wants to name a new president of the university by April 1. It is a date even he says some fellow trustees question as too ambitious.

Presidential prospects will be looking at an institution that has, along with most other state-supported schools in South Carolina, lost about 50 percent of its state support in the last five years. The economy’s impact on its target student market has played a role in enrollment, steadily dropping to just over 3,800 this school year from nearly 4,500 only a few years ago.

The university will need outside support from its foundation or other sources to put together a pay package that would make SCSU competitive with the offers likely to be made by other universities hoping to hire presidents this year. SCSC has $150,000 authorized by the state as a base. To be competitive, the university would have to get a proposed salary supplemented with foundation support.

The university has posted the job opening on its website and has recruited veteran educator Diana Pollard McCauley to advise it on its recruitment effort. It does not plan to use one of the traditional head hunters, as the university can’t afford that —usually around a $50,000 retainer — right now and it questions their value, given SCSU’s outcome track record with the last several candidates it hired based on head hunter work, said Tobin.

“We haven’t had good luck with head hunters,” he said.

One historically reliable source familiar with the higher education landscape noted the overall view of SCSU could get worse depending on how many more people with a relation to the university are swept up in the U.S. Attorney’s investigation and what action, if any, is taken by the Southern Association of Colleges and Schools (SACS) after the federal probe by the U.S. Attorney is completed.

SACS, the regional higher education accrediting agency, has several criteria regarding internal controls and administrative conduct. Its policy is to defer its actions until government investigations are completed. The findings of those investigations figure into whatever examinations SACS conducts of an institution’s issues.

“If you follow the logic, all the bad players are gone,” said the source, who could not speak for attribution. “Until this report (the final U.S. Attorney’s report) comes out, a lot of people could say, ‘I’m not sure about this,’” the source said in assessing what presidential candidates might be thinking.

The source, echoing others who track presidential searches, said SCSU’s peculiar issues simply make it tougher to find good prospects during an era when the overall pool of candidates for all schools is shrinking, as more likely candidates are retiring and others are opting to forgo presidency opportunities.

“The pool has shrunk,” the observer said. “The challenges are greater, and fewer people are applying.”

Veteran State Representative Jerry Govan, who has campaigned for several years for governance reforms at the university, says the avalanche of bad news about SCSU is hurting its ability to attract more students and financial support.

“The school didn’t do anything wrong,” said Govan a SCSU alumnus and member of the House Education Committee. “It’s a victim. We’re dealing with a tarnished image.”

Govan also noted the turnover of presidents has been very unsettling for alumni.

“You can’t sustain any type of outreach or growth with such a track record,” he said, adding he his talking with fellow lawmakers and university supporters about legislation or other actions that can reform the board in the future. Those ideas include shrinking its size and appointing different trustees (between vacancies and term expirations, six trustee seats are up this year) to oversee the institution.

As for the university getting back on its feet, Govan said, “It’s obviously a work in progress.”

Warrick took the occasion of Pinson’s indictment to reaffirm the university was headed in a new direction, asserting her administration “upholds the highest integrity and will enforce all policy and procedures of the University as we have … when I assumed this office.”

New internal controls have been established by the new chief financial officer, Warwick said. A new compliance committee has been formed to “cover” all activities with the 1890 research and development program. New policies have been adopted to address accountability in the use of a student activity fee, and a new policy has been adopted requiring all contracts for more than $250,000 to be subject to approval by the “full board” of trustees.

Warwick is expected to apply for the president’s job.