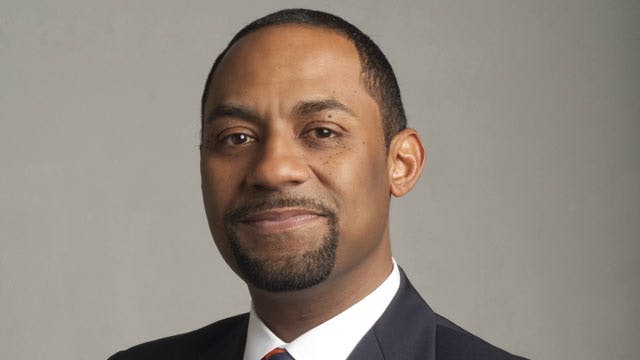 Recently, I sat down with Dr. Kent Smith, the new president of Langston University, to talk about the first eight months of his presidency.

ML: President Smith, under your administration, how will Langston University change and how will it stay the same?

KS: Good question. I think we’re still figuring it out. Part of the challenge for someone in an administrative position is reaching a delicate balance between, on the one hand, coming in and getting a lay of the land and, on the other, turning things around. Another part of the challenge is knowing how long to wait before you make some of the tweaks.

Some of the focal points that I’ve been having a lot of conversations about with faculty, staff, and students are enhancing customer service with students, focusing on the student as the customer, including them first in every decision that we make, and stronger utilization of technology to make us more efficient. Fundraising is a critical piece as well. And then there’s the marketing and branding of the institution. To my knowledge, we’ve never had a strategic marketing plan. We’re now very close to having one. By the end of February, we’ll have a three- to five-year strategic plan for the university from a marketing and branding standpoint.

ML: What unique skills and gifts do you bring to Langston University?

KS: I’d like to believe that I’m a people person. I’d like to believe that one of my unique traits is the ability to build bridges between departments and people: people inside the university, people outside the university. If I’m good at that, I believe it’s going to help the university be successful in all phases: fundraising, enhancing the image, making us more accessible to students, more presentable to current students, and more desirable to potential students.

KS: If I had to pick the greatest strength, I would say the quality of our academic programs. A lot of our academic programs have strong academic rigor, and they’re of high quality. The challenge we have is that we’ve never told anybody about them. We haven’t told that story. For instance, look at our biology and chemistry programs. Eighty-eight percent of our students in those majors go on to medical school or some kind of dental or professional school. In agriculture, we’re number one in the world in goat research. We have the number-one physical therapy program in the state of Oklahoma. Our nursing program is superb. So I would say academic rigor is certainly a strength.

Another strength is our glorious history. On March 12 of this year, we will have been around for 116 years, and you don’t get to be around for that long unless you’ve done many things right. So I think one of our strengths has been our predecessors: our previous administrators and faculty and staff members, who’ve helped guide Langston Universityfor so long.

I think the challenges go along with some of the goals that we talked about: the lack of branding and marketing, the lack of putting together a holistic package for the university to move forward collectively. Certainly, when you look at funding, no president’s going to sit and tell you that we have enough money, so I think both from a fundraising standpoint and an allocation standpoint, there’s always a need to increase the funding that we have. Another challenge is the overall use of technology. We currently don’t utilize technology holistically in a way that makes us more efficient. I think as an institution we have seemingly fought technology and the use of it, rather than embraced it. We need to put some of our budget toward better utilization and increased utilization of technology.

ML: What are you most excited about as you look forward to the coming year as Langston’s president?

KS: I’m excited because what I’m finding is that Langston University is a dynamic institution that just needs some tweaks. It doesn’t need a major overhaul. Again, a lot of the academic pieces are here. We have three campuses, and I think that when we start to put together an overall plan, we’re going to transcend not only other institutions in the state of Oklahoma; I think we’re going to be one of the top HBCUs and institutions nationally. Students will come to us for the key programs that we offer. There’s tremendous opportunity here. We just need to tweak some things, and move forward.

ML: What advice would you give someone who has recently been appointed to his/her first college/university presidency?

KS: I don’t know if I’m qualified to answer that, based on seven months’ worth of history! But if I had to give some advice, I would say, enjoy the ride! Here I sit, four months from competing a year. I think about how fast it’s gone, and know the next few years are going to go just as fast. Enjoy the ride, but also find good mentors. Find a mentor who has been a president, preferably at several places, and who can start to help you understand what it means to be a president. Because, quite frankly, everything I always heard is coming true: it’s very lonely at the top. You become a watched person. You notice people staring at you. You become a suit and a name to most people, rather than a real person who has feelings, who has children, who has a spouse. And it’s just very interesting.

Though you get a lot of satisfaction from implementing policy that helps young people be successful, you also have to make tough decisions. And for just about every decision you make, there’s a faction that doesn’t like your decision, and there’s a faction that likes it. There’s very little in between, in most cases.

ML: How about an individual who aspires to become a college/university president one day?

KS: I would say don’t be afraid to embrace the idea that they want to be a president. Always complete the current job, but be thoughtful of what the next move might look like and what the next position requires, because it’s a series of stepping stones.

Frankly, it’s hard to find people nowadays who want to be a president, because there’s so much that’s thrown at you. You have to know the fiscal piece, the political piece, the legal piece, the academic piece, the student piece. You have to become well rounded, regardless of the area you come from and the track you take to get to the presidency.