Ifill Ready to Resume Fight for the Marginalized 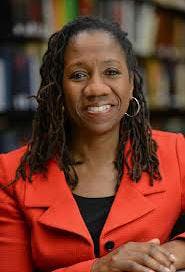 Sherrilyn Ifill says “it’s an honor” to lead the same organization that Thurgood Marshall once guided.

Sherrilyn Ifill wanted to be a civil rights lawyer since she was a little girl.

But at no point during her childhood did she ever think she would someday lead the historic NAACP Legal Defense and Educational Fund, the organization that successfully fought and won the 1954 landmark Supreme Court case Brown v. Board of Education.

“From Thurgood Marshall to Sherillyn Ifill does not feel like a logical trajectory,” says Ifill in a recent interview before she took the helm of the 72-year-old organization this month. “But it’s an honor.”

For the last 20 years, Ifill has been a high-profile law professor at the University of Maryland Francis King Carey School of Law, where her research and scholarship have broken new ground and have been lauded by other academicians in her field.

In her 2007 book, On the Courthouse Lawn: Confronting the Legacy of Lynching in the 21st Century, she examines the history of racial violence in the state of Maryland. And she has kept busy as a legal commentator for various news outlets. “There is a national conversation almost always happening around race,” says Ifill, who lives in Baltimore. “I’ve tried to be active in that public sphere.”

Although she has been training a legion of students interested in becoming lawyers for nearly two decades, she’s continued to practice law and says that she’s ready for her new job as the seventh director-counsel at LDF and only the second woman to lead the organization since it was founded in 1940.

“I’ve kept my litigation muscles quite developed,” she says. “I never stopped practicing.”

During her tenure at the law school, Ifill launched several legal clinics, including an environmental justice clinic and one of the first legal clinics in the nation that focused on the legal rights of ex-offenders.

“Professor Ifill is an extraordinary member of our faculty,” says UM Carey Law Dean Phoebe A. Haddon. “We are deeply proud that she has been called upon to lead this storied national organization at a critical time. Her intellect, vision and life-long dedication to advancing justice will improve the rights of all.”

Ifill’s appointment comes in the wake of the sudden death of John Payton last March. Payton was a well-respected civil rights attorney who was the lead counsel for the University of Michigan Gratz v. Bollinger case that was heard before the Supreme Court in 2003. He was appointed director-counsel in 2008 after Theodore Shaw stepped down to teach law at Columbia University.

“Sherrilyn Ifill brings to this position her visionary leadership, keen intellect and unwavering commitment to social justice and a deep understanding of LDF’s legacy,” says David W. Mills, who co-chairs LDF’s board of directors.

This is not Ifill’s first time working for the organization. Before becoming a law professor at the University of Maryland in 1993, she served as assistant counsel in LDF’s New York office, where she litigated voting rights cases, including the Voting Rights Act case, Houston Lawyers’ Association vs. Attorney General of Texas.

“It was a dream come true to serve as a lawyer at LDF years ago, and it is a high honor to return to the premiere institution as president and director-counsel,” she says. “I am looking forward to working with the LDF team, allies and partners to advance an innovative 21st-century civil rights practice that confronts the barriers to equality and justice in the lives of the most marginalized members of our community.”

Her appointment comes as LDF prepares to fight Fisher v. University of Texas, a case before the United States Supreme Court that challenges the affirmative action admissions policy of the University of Texas at Austin. “Here we are again looking at this issue,” Ifill says, adding that LDF lawyers will be actively involved in the case.

But beyond affirmative action, she says that LDF will continue to educate and assist minorities on a wide range of economic justice issues, from access to credit, stalling foreclosures and helping ex-offenders acclimate for re-entry into society.

Barbara R. Arnwine, the president and executive director of the Washington, D.C.-based Lawyers’ Committee for Civil Rights says that the selection of Ifill for the top post is a major coup for the LDF.

“Without question, she is one of the most brilliant strategists in the country on civil rights matters,” says Arnwine. “She is very creative and thinks outside of the box. LDF is going to really benefit from her leadership.”