HBCUs Produce Leaders Not Only Domestically, But Also Abroad 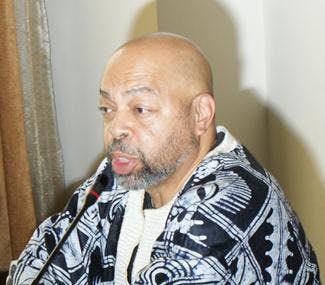 Dr. Daryl Poe, an associate professor of history and political science at Lincoln University and author of Kwame Nkrumah’s Contribution to Pan-Africanism.
In the late 1950s and early 1960s, alumni and officials of Black colleges like Lincoln and Howard became a familiar presence at independence celebrations of several African countries.

While some attended out of mere curiosity and sentiments of Black pride, the majority were there to support alumni who had, against difficult odds, fought for the independence of these new nations and were now running them.

They included alumni like Nnamdi Azikiwe, a classmate of Langston Hughes and Thurgood Marshall and member of Lincoln’s class of 1930, who became Nigeria’s first president in 1963; Kwame Nkrumah, prime minister of Ghana, Black Africa’s first country to gain independence and a member of Lincoln’s class of 1939; and Hastings Kamuzu Banda, a graduate of Meharry Medical College and Malawi’s first president.

Throughout the continent, alumni of leading Black colleges like Fisk, Howard, Lincoln and Tuskegee held prominent positions in government right after independence and in the years leading up to independence. In the early 1950s, the influential Times of

London published a story about 35 Lincoln graduates that held prominent positions on the continent.

Black colleges get a lot of credit for producing most of the leaders of the civil rights struggle—Martin Luther King Jr. (Morehouse), W.E.B. DuBois (Fisk), Jesse Jackson (North Carolina A&T), Andrew Young (Howard) and John Lewis (Fisk). But less known are the immense contributions of the colleges to molding and developing leaders of the struggle for independence in many African countries.

“In his book, Background to Nigerian Nationalism, J.S. Coleman said that African nationalism was born on the campuses of Black colleges in America,” says Dr. Festus Ohaegbulam, a professor emeritus of government and international affairs at the University of South Florida in Tampa.

Indeed the celebration of alumni of Black colleges as leaders of new African nations was in some ways the culmination of a relationship that had begun nearly a century earlier. Mainly with the assistance of Black American churches and missionaries,

African students started showing up in tiny numbers on Black college campuses in the late 19th century. Back then, with the exception of Ethiopia and Liberia,

which was essentially an American vassal, the entire continent was ruled by Great Britain, France, Belgium, Portugal and Germany. The majority of Africans who were privileged to get a postsecondary education studied in Europe.

Although many of the few Africans who attended American universities in those early days went back home and worked as clergymen, educators and

government officials, quite a few became a thorn in the side of their colonial overlords. One prominent example, says Ohaegbulam, was John Chilembwe,

a native of the southern African nation that is now known as Malawi.

With the assistance of a Baptist missionary, Chilembwe came to the United States in the late 1800s. He attended Virginia University of Lynchburg, a small historically

Black college affiliated with the Baptist church that was then known as the Virginia Theological College and Seminary. While in the U.S., he was exposed to ideas of the likes of John Brown and Booker T. Washington.

On his return to southern Africa, says Ohaegbulam, Chilembwe tried to replicate some of the ideas he’d picked up in the States.

“He founded the Providence Industrial Mission in Chiradzulu, which was patterned after Tuskegee Institute,” Ohaegbulam says.

Chilembwe also took on the British colonial authorities. Angered by the treatment of Africans by the British, he led a quixotic John Brown-style attack on a European settlement in 1915 and was killed. In Malawi he is celebrated as a hero, and January 15 is observed each year as John Chilembwe Day.

Black colleges saw a noticeable increase in African student enrollment in the 1920s and ’30s, thanks in part to increased scholarship opportunities funded on both sides of the Atlantic and spreading of the word by former students. This new generation

of leaders was more outspoken about agitating for the rights of Africans. They included students like Azikiwe, who first attended Storer College in West Virginia before transferring to Howard and ultimately moving on to Lincoln.

Many African students of that era learned African history at these Black colleges in the United States, dramatically reshaping their thinking and altering their perspectives of their homelands.

“The history of Africa that Azikiwe, Nkrumah and others learned was learned here in America,” says Ohaegbulam. “African history wasn’t taught in Africa. They also taught politics.”

The learning gave them a new sense of purpose.

“Because of the discrimination and all the suffering, they were interested in redeeming Africa. They thought the Black man in America would never be respected until Africa redeemed itself. That’s how Pan Africanism began. That’s how Marcus Garveyism and Ethiopianism began. If you read Nkrumah’s biography, he says that, of all the literature he read, the one that did the most to inspire him was Garvey’s writings and literature,” says Ohaegbulam.

“What the HBCUs did for the African liberation struggle was they took the African intelligentsia and gave them a sense of historical conscience and expectation for equality,” adds Dr. Daryl Poe, an associate professor of history and political science at Lincoln University and author of Kwame Nkrumah’s Contribution to Pan-Africanism.

“They were familiar with the contribution of ancient Egypt, Cush, Ghana, Mali and Songhai.”

Going to school in America, Poe says, helped many of them erase myths about Whites typically held by Blacks in Africa.

“They knew these people were not gods,” he says. “It gave them respect for their traditional culture. European culture wasn’t mythical to them anymore, and they knew they could do anything that Whites could do.”

Dr. Emmanuel Babatunde, a professor and chair of the Department of Sociology and Anthropology at Lincoln, says the liberal arts emphasis at many of these colleges was a key factor in the development of these students.

But going to school in America also came with a price for many of these African students—mostly from colonial rulers who tried to dismiss American degrees as substandard.

“The nationalists who made trouble in Africa studied in America,” says Ohaegbulam. “That’s why the British did not like them to come here to study. It used to be that they said American degrees were inferior. That was a way to prevent them from being

But Poe argues that historically Black colleges were actually conservative institutions that toed the party line and shied away from being hotbeds of radicalism.

“The fact that these leaders came out of HBCUs was in spite of the HBCUs,” says Poe, adding that professors who shaped the lives of students like Azikiwe, such as historian Leo Hansberry at Howard University, were often not the norm at HBCUs. “Most

HBCUs were founded by Blacks and Black churches. Most of these schools were founded to create Negroes—and I mean that in the pejorative sense.”

But ultimately, Poe says, many of the schools, by opening up the world to students through their curricula, campus events and school excursions, where they got to mingle with the likes of Carter G. Woodson and W.E.B. DuBois, had a huge influence on the other side of the Atlantic—even if they didn’t set out to do so intentionally.

“It shows what a lot of slave masters were afraid of, that even a little knowledge can be a dangerous thing,” he says.