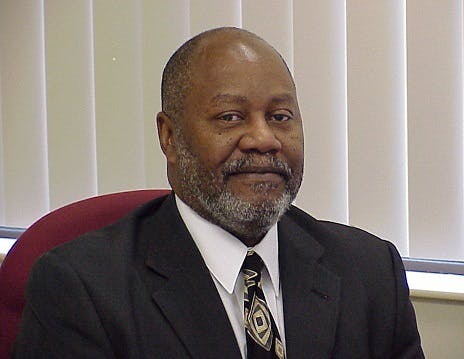 Dr. Robert Ford, a professor of chemistry at Texas Southern University and an advisor to the Young Conservatives organization at the Houston-based historically Black university, says the Republican Party “has not been attentive to the image that it has been built over the last 10 years.”

Last month’s unveiling of the 97-page Growth and Opportunity Project report proved momentous, according to political observers. Columbia University journalist and political analyst Thomas Edsall characterized the GOP report as “an extraordinary public acknowledgment of internal discord and vulnerability, which has intensified the battle between the deeply committed conservative wing and the more pragmatic, pro-business wing for control of the Republican Party” in The New York Times.

The report’s assessment of Romney’s candidacy and the Republican Party’s appeal among minority voters in 2012 was blunt. It noted the party is in danger of “marginalizing itself,” and that without undergoing major change, “it will be increasingly difficult for Republicans to win a presidential election in the near future.”

“Unless the RNC gets serious about tackling this problem, we will lose future elections; the data demonstrates this. In both 2008 and 2012, President Obama won a combined 80 percent of the votes of all minority voters, including not only African-Americans, but also Hispanics, Asians and others,” the report states.

RNC officials should expect to encounter chapters of the Young Republican and Young Conservatives organization on several of the HBCU campuses. “We want to be involved with conservatives all across the country. Specifically if it helps us doing outreach to HBCUs, [those campus groups] will be very important for us and something that we hope to utilize,” Williams notes.

Dr. Robert Ford, a professor of chemistry at Texas Southern University (TSU) and an adviser to the Young Conservatives organization at the Houston-based historically Black university, says the Republican Party initiative could help stimulate interest in helping reinvigorate the TSU group, which currently has just 15 members.

“I think there’s a newfound recognition that young people vote and that young people can be effective messengers in their communities that has brought more attention to HBCUs and other minority-serving institutions in getting out its new message of inclusiveness,” Ford says.

Ford described how the TSU Young Conservatives had previously been titled the Young Republicans, which is a common name for Republican Party campus organizations in the U.S. The TSU group, however, changed its name last year, as have other campus Republican groups at Texas-based HBCUs. The name change came about after African-American students had grown increasingly disenchanted with the image and reputation of the national and state Republican Party, according to Ford. He noted that there was very little interest among group members to campaign for Mitt Romney in last year’s election.

“The image of the Republican Party has eroded in the last 10 to 15 years to the point where even college students are less likely to be labeled as Republicans … There’s a higher hill to climb today because the party has not been attentive to the image that has been built over the last 10 years,” Ford says.