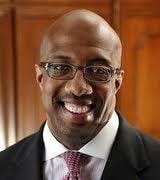 President Michael Sorrell increased the retention rate at Paul Quinn College to 83 percent from about 60 or 65 percent “because we engaged and we intruded.”

WASHINGTON — When Michael Sorrell assumed the presidency at Paul Quinn College, one of the first things he did was examine what successful small colleges were doing to achieve their results.

The exploration led him to visit similarly sized institutions throughout the country, from Babson College in Wellesley, Mass., where they “give you one year to prove you can cut it,” to Whitman College in Walla Walla, Wash., a school that has a 90 percent retention rate and a high rate of alumni giving.

“You don’t get to Walla Walla by accident,” Sorrell said. “But it was worth the trip.”

After the campus visit, Paul Quinn began to adopt some of the most successful strategies that he discovered, from personalized recruiting like other institutions use to recruit athletes, to “intrusive counseling,” in order to turn things around.

Retention rates at Paul Quinn subsequently increased to 83 percent from about 60 or 65 percent “because we engaged and we intruded,” Sorrell said.

“Some students don’t like it,” Sorrell said Tuesday during a panel discussion held on Capitol Hill as part of the NAFEO 39th National Dialogue on Blacks in Higher Education.

“I don’t like the fact that you don’t graduate,” Sorrell said was his response. “So we’ll see who wins. It will be us.”

Sorrell was one of several HBCU presidents who shared success stories Tuesday during the panel discussion, titled “Promising Practices: College Persistence and Attainment.”

Some, but not all, of the institutions were part of Walmart Foundation-funded mentor-protégé initiative that seeks to help minority-serving institutions, or MSIs, identify promising practices for improving student retention, graduation and achievement at HBCUs and other MSIs.

At Paul Quinn, the newly-adopted practices involved personal recruiting to get a better sense of the prospective students coming in. The university also did away with open admissions and started requiring at least a 2.5 GPA. Prospective students were also required to write a 500-word essay on the educational ethos at Paul Quinn because “we wanted to attract people that were engaged in what we were doing,” Sorrell said. Students were also required to write at least one paper in every class.

“If you write a paper using the language you used in text [messaging], you’re going to get an F,” Sorrell explained.

The school also implemented a summer bridge program with courses taught by top-level administrators — including Sorrell as president — to build better relationships with students.

“That has helped us immensely,” Sorrell said. The school also established a retention coordinator position and an “early warning” system, and began to require all students to apply for at least four external scholarships and eight if they’re athletes. The school also began to focus on majors in fields that pay, so students can “see the benefits of going to college in a measurable way.”

The next change Paul Quinn plans to implement is a focus on experiential learning, which involves having students develop solutions to problems that take place in their communities.

“It’s amazing what happens when you give students a problem they can relate to and care about,” Sorrell said.

Fitz Hill, president at Arkansas Baptist College, spoke of how his university converted its entire campus into a federal work-study program and created jobs for students by starting a car wash and a soul food restaurant.

The idea, he said, is to “provide for ourselves.”

David Wilson, president at Morgan State University, spoke of an initiative where his college set aside $50,000 in order to offer $2,000 each to “near-completers” from the cohort of 2005 to get them to finish up their coursework.

He said 40 students took Morgan State up on the offer, and 20 walked across the stage, thereby increasing the graduation rate from 28 to 30 percent.

Wilson also began to conduct town hall meetings to give faculty and students a venue to voice their concerns. In the coming years, he said, the university will put a stronger emphasis on having students take 15 credits per semester in order to get them to graduate within four years to save themselves time and money.

Several members of the Congressional Black Caucus stopped by to share their thoughts on the importance of HBCUs and to invite the HBCU leaders to become more engaged with them in order to garner more resources.

“I am tired of low retention rates, low graduation rates,” Cummings said. “I’m tired of people saying I went to Howard, I went to wherever, and not being able to say that they graduated.”

President Michael Sorrell increased the retention rate at Paul Quinn College to 83 percent from about 60 or 65 percent “because we engaged and we intruded.”
Read Next