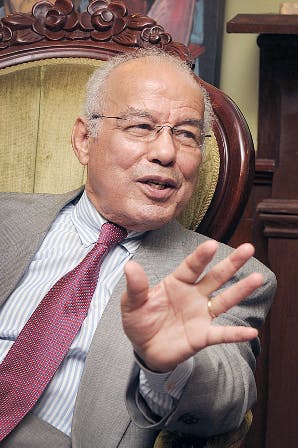 New York – During a two-day conference that drew dozens of university heads, thought leaders and more, Dr. Norman Francis, president of Xavier University of Louisiana,  stressed that American research universities must do a better job of engaging minority students in scientific research as well as provide internships and other career-building opportunities, in order for schools to maintain their global preeminence.

Francis made his remarks as an attendant of a discussion group at the TIME Summit on Higher Education, which brought together a cohort of leaders to discuss ways to garner more esteem and public dollars for basic research. Francis’ discussion group was charged with tackling the issue of preparing the next generation of faculty researchers and teachers.

As one of the few Black university leaders to attend the summit, Francis, who noted that large numbers of the next generation of college students will be African-American and Hispanic, said it is crucial that those students be educated in the sciences.

“If we don’t educate them in the sciences, to say nothing about all American youngsters, we’re not going to have the kind of legacy that we’ve had in this country for a long time,” Francis said.

Francis continued, saying research universities could learn a lot from his institution’s work in providing research opportunities for undergraduates. He noted that NSF recently ranked Xavier as No. 5 in the nation for baccalaureate institutions that produce African-American PhDs in the physical sciences and No. 1 for the number of African-American PhDs in the life sciences.

“If undergraduates get an opportunity for research, there’s an 80 percent chance that they’re going to go on to the graduate schools,” Francis said. “What I would ask you as you look at the next generation is look to providing internships for minority students at the undergraduate level, especially during the summer time.”

Steven Mintz, executive director of the Institute for Transformational Learning within the University of Texas System, said the current system of higher education is “reinforcing class lines.”

To turn things around, Mintz said, “We’re going to have to change pedagogies in different ways on different types of courses.”

Among other things, he added, universities should redeploy faculty members to implement various “high impact practices,” such as freshman research experiences or mentored internships “because these make a huge difference.”

Mintz also called for options in credentials beyond just the associate’s and bachelor’s degree because “half of all students get nothing.”

Also during the summit, U.S. Secretary of Education Arne Duncan touted President Obama’s $1 billion Race to the Top for Higher Education and a new $260 million First in the World fund.

The former would provide competitive grants to states with “strong records of and commitments to increasing college affordability and quality.” The latter is meant to “test and evaluate innovative approaches to higher education that yield dramatically better outcomes, and to develop new ways for colleges to demonstrate that they are helping their students learn.”

Duncan said criticism of the college ratings system is “premature” because it hasn’t yet been developed but will be over the next year with input from a variety of stakeholders.

He added the system will rely on “multiple measures—not one or two crude measures of college value.”

He added, “And we’ll be looking at outcomes, such as graduation and transfer rates, graduate earnings, and the advanced degrees of college graduates.”

Duncan said he is “well aware that, if this is not done well, a college ratings system could create unintended consequences and allow gaming of the system.”

When asked to elaborate on his concerns about colleges gaming the system, Duncan said, “The thing you want to avoid is any disincentive to take more at-risk kids.

“You want to encourage [institutions] to take more Pell recipients,” he said.