Maryland in Violation of Duplicating HBCU Programs at White Institutions 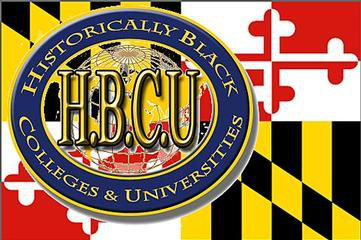 A federal District court judge has ruled that the constitutional rights of students who attend four Historically Black Colleges and Universities in Maryland were violated after other state-funded institutions duplicated similar programs at nearby predominantly white institutions.

As a result, the programs at the Black institutions, such as Morgan State University’s MBA program, have not been as successful as the MBA programs at other white institutions.
In a 60-page ruling, Judge Catherine Blake noted that the investment in these so-called high demand programs at largely White institutions have, in fact, contributed to the Black colleges in the state being at a disadvantage and unable to effectively compete with their counterparts. Blake ruled that the investment in such programs was “comparable to, and in some cases more pronounced than, the duplication found in Mississippi” in a sweeping Supreme Court case from two decades ago.

“We are elated,” said David Barton, president of the Coalition for Excellence and Equity in Higher Education.  He said that the Coalition was formed after the MBA program at Morgan State was allegedly duplicated at another institution. “We sought to prevent the marginalization of the HBIs [Historically Black Institutions] and wanted them to have academic programs that are attractive to students and properly supported by faculty, facilities and other resources.”

The court stopped short of ordering the state to come up with a new formula for funding its universities. Blake also did not provide a clear directive on what route institutions should take moving forward, though legal experts suspect that in the wake of the decision it is likely that several of the programs in question will be merged together, forcing largely White institutions to collaborate and share resources with their Black collegiate counterparts.

“Now that the court has found Maryland in violation of the constitution, we hope that Maryland will finally do the right thing and get serious about providing an adequate remedy that will enable HBIs to prosper,” said Jon Greenbaum, the chief counsel of the Lawyer’s Committee for Civil Rights under the Law.

Jamal Watson can be reached at jwatson1@diverseeducation.com.