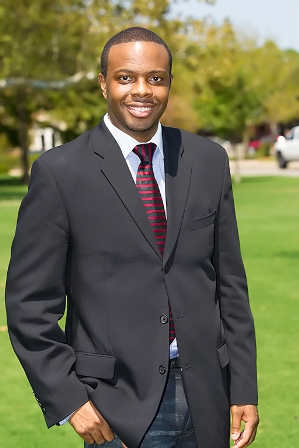 Dr. T. Elon Dancy II has spent much of his academic career thinking about the concept of impostership, or what others have called academic fraud.

“I’ve mentored a number of students who always confess feelings that they don’t belong, that they are not smart enough, even though all the evidence points to the contrary,” says Dancy, an associate professor of higher education at the University of Oklahoma who has written extensively about minority groups who have at times struggled with this very complex.

“For people who have not been White, male, straight, Christian, or wealthy — all these identities that have experienced marginalization — they are likely to be part of the breeding ground for impostership.”

With a joint appointment in African and African American Studies, Women & Gender Studies and the OU Center for Social Justice, the Pine Bluff, Ark. native has made it his mission to help his students realize that they do belong. And he uses his own life journey to illustrate this very point.

“If you’ve been hired, obviously a scholarly community has deemed what you do to be important,” says Dancy, who recently earned tenure at OU. Dancy always believed that such an accomplishment was within his reach.

As a fourth-generation college graduate, Dancy hails from a long line of teachers who were fierce proponents of education and academic excellence, including his mother, Gwendolyn, who was a prominent teacher and principal in the Pine Bluff public schools before she retired.

When Dancy graduated high school, he enrolled in the University of Arkansas at Pine Bluff, with the initial idea that he would “pursue a career that [was] going to have promise and a socioeconomic gain,” he says.

Dancy majored in psychology as an undergrad and eventually went on to earn a master’s in health administration from the University of Arkansas at Little Rock.

“When I was training as a health care administrator, I was paying attention to the access issues of disadvantage people,” says Dancy, who eventually returned to the University of Arkansas at Pine Bluff, where he worked for many years as an advancement officer.

While attending a research conference a decade ago, Dancy met prominent thinkers in the field of education who were immersed in the study of the plight of Black men. “They sat and talked to me about the possibility of an academic career,” Dancy remembers. “I was enlivened by that.”

Wanting to contribute to the growing body of literature about Black males, in 2003 Dancy enrolled in a doctoral program in educational leadership at Louisiana State University, where he wrote a dissertation that examined how Black men defined themselves in the context of social education.

That dissertation led Dancy on a research path to interrogate the identity development of college students, particularly related to issues of race, gender and culture, and landed him his first teaching job in fall 2007 as a visiting assistant professor back at the University of Arkansas at Little Rock.

Just a semester later, Dancy was on the full-time tenure-track job market and was hired in spring 2008 to begin teaching at the University of Oklahoma. His specific focus on African-American males in educational settings and being published in more than 50 publications has made him a sought-after leader in the field, says Dr. M. Christopher Brown II, president of Alcorn State University.

“He is extremely smart and talented and committed to making the experiences, particularly of African-American males, better,” says Brown, who first met Dancy years ago at an Association for the Study of Higher Education conference and has stayed in touch with him every since. “He is very detailed and thorough, very critical.”

“I think that this work is important, but there is also much work still to be done,” says Dancy when asked to reflect on his contributions to the discipline. “For all of the answers, there are more questions that emerge.”

But that, more than anything else, is what he loves most about his job.

“I am so inspired that I can continue to produce knowledge for a living,” says Dancy with a laugh. “I get to teach every semester about issues relating to college students, organizational theory and the importance of diversity at every level. I can think of no other job where people listen to what I say about the world.”