Historians Push for Revival of Studying the Midwest 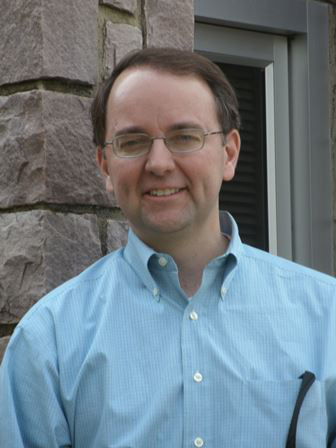 Jon Lauck is author of “The Lost Region: Toward a Revival of Midwestern History.”

OMAHA, Neb.—A quick glance of the history departments of universities in the Midwest will reveal courses of study ranging from the American South to Asian, European and African cultures – even gender and race.

What you’re not likely to find is a course on Midwest history.

“I think parents in the Midwest would be shocked to know that they’re paying all of this money for a college education, and their children are learning almost nothing about their own Midwestern roots,” said Jon Lauck, author of “The Lost Region: Toward a Revival of Midwestern History.”

Lauck and his fellow historians in the Midwestern History Working Group believe the region’s contemporary history needs to be catalogued. To that end, the coalition is launching a new online academic journal of Midwest history next month and a new Midwest history association this fall—the first in decades with that sole focus.

The last true Midwest history association, the Mississippi Valley Historical Association, started in 1907 in Lincoln, Neb. But it fizzled out in the 1960s and was replaced by the Organization of American Historians that has no focus on Midwest history. And unlike other regions that have historical journals—such as the Journal of Southern History or the Western History Association Journal—there is no Midwest journal where scholars can publish their research.

“There were a few that were active 20 years ago or more, but they’re all gone,” said Lauck, chairman of the coalition. “Right now, there’s a huge disincentive to write any kind of formal academic research about the Midwest, because there’s no place to send it.”

The Middle West Review, to be published by the University of Iowa, will launch in mid-April.

Catherine Cocks, acquisitions editor with the University of Iowa Press, said a graduate student in the history department has taken on the role of editor, although all submissions will be peer-reviewed.

“My background is in U.S. history, and certainly in my education … there was never a focus on Midwestern history,” Cocks said. “The Midwest has actually played a really central role in national history, but when people tell the story of national history, they don’t talk about the Midwest. So, basically … the national story is being told wrong.”

And the newly formed association, launching in late September, will call for universities in the Midwest, particularly those in the Big Ten conference, to make a concerted effort to revive the field.

The group’s efforts have skeptics, of course.

American historian K. Austin Kerr, who retired 10 years ago from Ohio State University, rejects the idea that the Midwest’s history is being lost.

“Understand that the Journal of Southern History isn’t … devoted to the history of the South. It was a journal that authors who taught in the South published in,” Kerr said. “There are ample opportunities for historians to study various topics and certainly many publication outlets.”

Part of the reason more historians don’t study or write about the Midwest is because the region is hard to define, he said.

Many of the region’s 13 states – Illinois, Indiana, Iowa, Kansas, Michigan, Minnesota, Missouri, Nebraska, North Dakota, Ohio, South Dakota, and Wisconsin – carry dual identities. For example, the western halves of Nebraska and the Dakotas are often defined as part of the American West, while the eastern parts are considered to be in the Midwest.

Kerr was born in St. Louis, grew up in Iowa and went to college and taught in Ohio for nearly 40 years. He considers himself “a true-blooded Midwesterner.”

“But when I left for college in Ohio in 1955, people in my community in Iowa mulled that I was ‘going back East to college,’ ” he said.

Funding the effort will also pose a challenge, Kerr said. Faculties overall are shrinking, and there is less money going into liberal arts education and history departments.

“How are you going to add what is going to be seen as new fields?” Kerr asked. “I think they’re going to have a hard time.”

The group acknowledges as much, and worries that without donors to endow the new journal, it will collapse. They’ve been told the journal would need $500,000 to $1 million for the project to be sustainable.

Dean of the College of Arts and Sciences