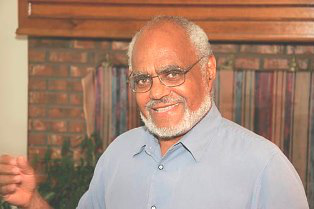 Conference participants honed in on the significance of the election of Thad Cochran as the Republican nominee, in a closely contested race in which he defeated Tea Party candidate Chris McDaniel in a state that resisted integration and Black voting rights long after federal law mandated equality.

Several political analysts broke down the voting patterns in the June 24 runoff compared to the primary, and concluded that Cochran’s well-funded courting of Black Democratic voters paid off. Because of the state’s open primary laws, Democrats were allowed to vote in the Republican runoff if they had not voted in their own party’s primary. As a result, Black voters prevented a right-wing Tea Party candidate from winning the Republican nomination, in favor of the incumbent, a conservative supported by the GOP establishment. Cochran will face Democrat Travis Childers in November.

Bob Moses, a conference organizer, founder of the Algebra Project, and former field secretary of the Student Non-Violent Coordinating Movement, said the true test will come in November.

“The real question is: what will African Americans do in the general election? Are they going to stick to voting Republican for Cochran or switch back and vote for the Democrat?” Moses told Diverse in an interview during the conference.

Moses, one of the leading strategists of the voting rights movement of the 1960s, has recently been speaking out on the current voting rights issue in the wake of last year’s Supreme Court decision which struck down a key part of the Voting Rights Act of 1965, allowing Southern states to change their election laws without advance federal approval.

“The problem in the country ― and it’s not just a Southern problem — is that what we need now is an affirmative right to vote,” Moses said. “What we have right now is a negative right to vote. That is, if somebody interferes with your right you can bring it into court but it doesn’t say that the government protects your right to vote. We need to raise this to the level of the Constitution ― the idea that the right to vote is fundamental and it needs to be affirmed. … Instead, we’re using all of our energy on the legal front putting out brush fires.“

Activists are now urging Congressional legislation that would require some Southern states, including Mississippi and Louisiana, to once again obtain federal approval before making any changes to their voting procedures.

Several conference panelists and speakers drew parallels between the voting rights struggle of the 1960s and the current voter suppression efforts. Former NAACP Chairman, U.S. Ambassador and Congressman Julian Bond, in an address at the closing banquet, said the threat is real.

“The campaign to suppress minority voting continues to this day in places high and low, in federal, state and local elections.” Bond added, “Various states . . . have shortened or eliminated early voting a practice particularly favored by Black voters. Other states have harassed registration drives … other states have eliminated or reduced absentee voting opportunities …in North Carolina they ended a pre-registration drive for high school students nearing voting age.”

He urged a commitment to social action. “What would it take to get the people in this room and the people they know to dedicate their free time and weekends to civic act to register voters and help them become aggressive citizens, to ensure the good guys win and the bad guys lose . . . do it in memory of [slain civil right workers] Mickey Schwerner, James Chaney, and Andrew Goodman.”