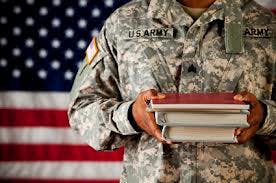 BECKLEY, W.Va. ― The number of women military veterans has doubled in the last decade. Women in service have experienced violence in combat, in the form of sexual harassment and in sexual trauma — and they’re finding their needs when they come home are different than those of their male counterparts.

Dr. Gina Maiocco conducted a qualitative study with eight women veterans who attend West Virginia University, where she is a professor of nursing. Maiocco was a flight nurse with the Air Force and was stationed in Greece in the 1980s.

Because she is also a veteran, she has an instant rapport with the veterans she interviewed.

“We got an earful,” she said. Maiocco said the women suffer from post-traumatic stress disorder, depression, anxiety, chronic pain and anger issues.

Surprisingly, they all had mixed emotions about coming home. One of the women went so far as to say it felt like she was shedding her skin, Maiocco said.

“They loved what they did and they’re very proud of that,” she said.

Coming home presents another set of issues for women vets, who don’t want to participate in veterans groups with men because they don’t feel safe, Maiocco said. They are also less likely to seek help through the Veterans Administration.

Maiocco said only 25 percent of women veterans seek care through the VA, even though they have health care needs, particularly mental health needs.

She said the “negative attitude” women veterans have toward the VA is caused by multiple reasons, but mostly that the administration is difficult to deal with.

“It was almost a battle to get their disability rating,” she said.

Information given to them after their rating is completed is sometimes scarce, as well, Maiocco continued, even about which doctor they should see.

While the study group was small and the results cannot be generalized, Maiocco said the results resonate with veterans.

“Every time I present this research, I have veterans coming up to me and telling me, ‘You just described my life,’” she said.

Maiocco said the eight women in the study were all seeking advanced degrees, with a mean age of 37. Most were single.

She shared some of their stories.

One woman was trained to drive with a rifle on her lap while she was deployed. When she got home, she couldn’t drive without a weapon and was issued a concealed weapons permit in spite of the fact she is taking psychiatric medications.

Another leaves campus on game day at WVU because she can’t be around the sound of whistles. She was given a rape whistle when she was deployed.

None of the eight want a male adviser.

“There has to be some kind of coordination of community organizations and the VA for better health care,” she said.

She said periodic re-instruction of services available to veterans is necessary, along with encouraging veterans to be connected to VA services.

Maiocco said she has begun Women Veterans United (WVU) to help address some of the issues they have.

“They will talk to each other,” she said.