Beyond Enough is Enough: Offering Hope to Minority Youth 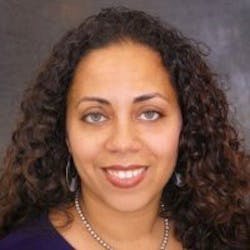 Another school year has begun. As I looked at the students on campus, it reminded me that Michael Brown was about to start college. Then I remembered Trayvon Martin, who would be about 19 now and also ready for life after high school. They were two unarmed, young African American males whose lives were cut short due to a combination of fear and societal assumptions ― two very dangerous things when caught in front of a loaded gun.

As someone who grew up in Chicago and has spent years teaching and mentoring minority youth, and who has a young boy of my own it pains me to have to still answer the questions:

Why should I get a degree if I’m considered a threat if I wear a hoody on a rainy day?

Will I always be seen as a person of color before I am seen as a human being?

I have to tell my students that Michael and Trayvon are examples of how much work needs to be done before people learn to see outside themselves. After all, we know this is not a White, Black or Brown problem. This is a United States problem. If we, as a nation, do not start seeing all human life as equal in value, then we probably should implement a course in elementary schools to teach young boys ― particularly those of color ― to be fearful of authority figures. Perhaps we could call it the “Whatever you do, don’t run” class. Black and Brown mothers are already sending these warnings to their little ones at home and for good reason. In 2013, law enforcement killed 400 people in the United States. How many more Michaels and Trayvons are included in that number? It takes broad daylight and six bullets, or a kid going out for snack who is killed by a nervous neighbor, to motivate us to look up from the routine of our lives.

And who is to say that society will not just become more desensitized with each news story? A plurality of Whites in a recent Pew survey said that the issue of race gets more attention than it deserves. If anything, the killing of Trayvon and execution of Michael are only two names the media has made familiar to us. What about the ones who do not make the front pages of the paper or get television time? Young men like Jacorey Calhoun from Oakland, unarmed and shot in the head or Ezell Ford from Los Angeles, who was mentally-ill and shot four times in the back while he lay on the ground ― these happened in our state within the last month. We do not have to wait to read about the next Ferguson tragedy ― it’s already happening here.

These things may not change during my lifetime. I say this because these same issues outlived my role models, Dr. Martin Luther King, Jr., Mahatma Gandhi, Nelson Mandela and Dr. Maya Angelou. So what does this mean for parents, educators, community leaders and those who want nothing more than to keep a sense of hope alive within our young people that they will not be just “judged by the color of their skin, but by the content of their character?”

Here is what I would tell them:

· We can no longer accept this treatment of any one. We must oppose acts of dehumanization and actively use our voices, votes and vision to create strong communities.

· We are capable of healing and transformation as individuals, as communities and as a nation if we choose to push back on the historical narratives that have dominated our race relations by having courageous conversations about race.

· Remember to choose kindness over fear. Choose dialogue over resentment.

If we do not continue to remind our youth that they may know a different way than this that we witness, then allow me to join the people, who stood in solidarity with Michael Brown in throwing my hands up and surrendering my hope in humanity.

Marisol Morales is the Director of Civic and Community Engagement at the University of La Verne in California.