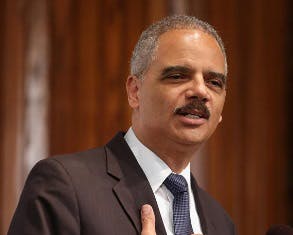 For U.S. Attorney General Eric Holder, the new initiative could prove to rank among his top legacies at the Justice Department.

In late September, Holder followed up on earlier Ferguson-related actions by announcing a wide-ranging Justice Department research and community relations initiative to address the “discord, mistrust, and roiling tensions” between minority communities and local police forces around the country. With Holder subsequently declaring on September 25 his intention to resign from his position, the new initiative could prove to rank among the attorney general’s top legacies at the Justice Department.

“The events in Ferguson reminded us that we cannot allow tensions, which are present in so many neighborhoods across America … to go unresolved. … We have a unique opportunity based on what happened in Ferguson to ensure fairness, to eliminate bias, and to build community engagement,” Holder told an audience of Justice Department officials and news media representatives on September 18.

The newly-announced project, the National Initiative for Building Community Trust and Justice, will establish a program that has been described as a “game changer” and an unprecedented marriage of strategies for building trust between police and communities. Over the next three years, a consortium of scholars will lead the $4.75 million initiative to deploy “training, evidence-based strategies, policy development and research to combat distrust and hostility between law enforcement and the communities they serve” in five yet-to-be-determined sites.

The research team will be led by national law enforcement experts from the John Jay College of Criminal Justice and includes scholars from Yale University law school, the Center for Policing Equity at UCLA, and the Urban Institute. They are managing the initiative to provide training to law enforcement and communities on bias reduction and procedural fairness and will apply evidence-based strategies in five pilot sites around the country.

“It’s a marriage between researchers, federal agencies, and municipal law enforcement that … we haven’t seen before and it’s incredibly exciting for all of us who’ve been doing this work for the last several decades,” said Dr. Phillip Atiba Goff, co-founder and president of the Center for Policing Equity.

Goff, a UCLA social psychology professor and an expert in contemporary forms of racial bias and discrimination, explains that much of the recent progress made by local officials and police departments around building trust among residents in minority communities has resulted from reducing the role of implicit bias held by police officers; pursuing racial reconciliation strategies; and instilling respect for procedural law. The National Initiative is unique in that it will allow researchers and law enforcement officials to combine the three strategies at the same time in a given community, according to Goff.

“You have procedural justice, which is compliance with the law that begins with trust and not fear of it. Then you’ve got racial reconciliation, which says we need to acknowledge and claim our history … . And finally implicit bias, (which is) the vulnerability of the human mind to have biases about the culture around us,” explained Goff, whose expertise is in the exploration and management of implicit bias.

“So by bringing all of those things together and allowing for evidence-based approaches to assess interventions to tackle those key revolutionary insights, we’re able to do something different and scale it up to radically transform police culture in the places that are ready for that,” he said.

Coinciding with the National Initiative, Yale Law School professors Tracey Meares and Tom Tyler will launch the Collaborative for Justice Policy Innovation, which will work directly with other members of the consortium to develop intervention programs in the five pilot communities. Meares and Tyler are considered leading experts in procedural justice theory, research, and practice.

“My colleague Tom Tyler and I have been working for well over a decade now” in procedural justice work, Meares said.

“We see (the National Initiative) as an amazing opportunity to get the theoretical work that we’ve been [developing] out there on the ground. … Our hope is that we will be able to get concrete evidence for some of the strategies that we have already implemented in other places to justify their expansion to more locations,” she noted.