U.S. Colleges Bringing in Chaplains to Serve the Nonbelievers 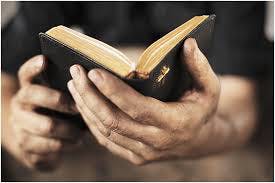 LOS ANGELES — When Bart Campolo broke with the church almost five years ago, he immediately began to feel something missing.

It wasn’t so much that the pastor’s son no longer believed in God; he’d never been that much of a believer anyway. What he missed, Campolo said, was what the church had represented to him: a place where like-minded people could gather for fellowship, to pursue moral justice, to help one another and to try to live good lives.

So the onetime United Methodist youth minister, who worked for decades with the poor in inner-city neighborhoods in Philadelphia and Cincinnati, figured he’d try to keep doing that by presiding over what he cheerfully calls “a church for people who don’t believe in God.”

“How do you live a good life? If this life is the only one you have, how do you make the most of it?” are some of what he calls the Big Questions that he has his flock of atheists, agnostics and free-thinkers pondering.

Although things like the local club for atheists are not new on college campuses, humanist chaplains leading them are, said Roy Speckhardt, executive director of the American Humanist Association. His group counts only a handful, mostly at such prestige schools as Harvard, Yale and Columbia.

“Our mission is to build, educate and nurture a diverse community of atheists, humanists, agnostics and the non-religious,” said Jonathan Figdor, Stanford University’s humanist pastor and co-author of Atheist Mind, Humanist Heart: Rewriting the Ten Commandments for the Twenty-First Century.

He and Speckhardt expect the humanist chaplaincy movement to spread across the nation’s campuses in the coming years.

“As more people are coming out and more people are becoming atheists and humanists, universities are recognizing the need to service their diverse populations, including people who don’t believe in God,” said Speckhardt, adding his own organization has grown from 5,000 to 30,000 members in the past 15 years while collecting 400,000 Facebook followers.

USC already had more than 50 religious leaders ministering to students of various faiths, said Varun Soni, dean of the school’s Office of Religious Life. So it seemed only right, he added, to bring one in for non-believers seeking spiritual guidance.

“Spirituality is really engaged with the ultimate questions that make us human. The questions of meaning and purpose, of significance and authenticity,” Soni said. “Many of our students who identify as religious find the answers to those questions through God. But we realize that not everyone does, and we want to be a resource to our entire university community.”

So far, Campolo has been a popular figure with members of the Student Secular Association, who say his previous experience in the religious community has brought them interesting speakers and motivated them to get involved in community outreach programs. One recent effort involved supporting low-wage workers and other marginalized people who live in the inner-city community surrounding their campus.

“Bart has given us ideas I never would have imagined,” said Allison Rosen, the group’s president. “It’s been really great to have his insight.”

While many humanist chaplains bring impressive credentials in religious study to their roles, Campolo adds a little more.

In addition to holding a degree in religious studies from Brown University, he is the son of prominent evangelist Anthony Campolo, who has pastored to former President Bill Clinton, among others.

A youth minister for 30 years, the younger Campolo grew up in the church and said he remains close to members of that community, including his Baptist minister father. He has no interest in arguing the existence of God with them, Campolo said, adding belief wasn’t what drew him into the church in the first place.

“I wanted to be around people who pursued kindness, goodness, love and social justice, and that seemed to be the only game in town,” the gregarious pastor said during a recent interview from his office at USC.

“But all the dogma of supernatural stuff and stories, that was not the attraction for me,” he continued. “That was the price of admission. For me, the attraction was being part of a community that was reaching out to people who were hurting.”