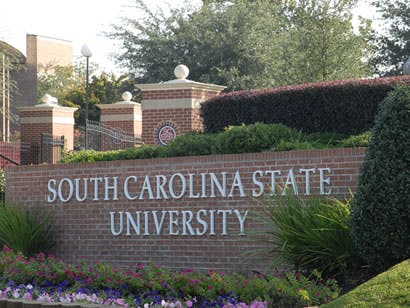 Amid concerns about the future of South Carolina State University, a state senator said recent troubles surrounding the institution are on the path to correction.

“The future of this institution is good,” said Sen. John W. Matthews Jr. during a Monday panel on campus. “It will not be closed; we’ve made that decision and I think the House has concurred.”

Matthews’ comments came as an assurance to many who have been outraged over the Feb. 11 vote by a House panel to close the campus for at least three semesters; a move the state Senate never supported. Alumni, faculty, friends and leaders gathered on campus for a town hall meeting called by conservative political pundit and SCSU alum Armstrong Williams to discuss the future of the institution.

The senator said the legislature will give the institution “the funding it needs to grow.”

“This institution has no problems that good leadership and resources can’t solve,” Matthews said. “I think that State has a beautiful future once we right-side the university.”

The funding will not come without definite changes, he said. Some programs may have to close for the strengthening of others. Leadership will definitely be overhauled. On Feb. 23, the board placed the school’s president, Dr. Thomas Elzey, on administrative leave and appointed interim provost Dr. W. Franklin Evans as interim president. (Elzey is suing the university for wrongful termination. A hearing will be held March 12.) Then on March 5, the legislature voted to remove the board.

Matthews clarified to the audience that the state’s governing body did not vote to remove Elzey as many outlets reported; that authority is not under their jurisdiction.

Evans, for his part, has vehemently defended the academic viability of the institution. Despite often-reported dismal graduation rates, Evans said the six-year graduation rate—which is used as a federal benchmark of success—is a better indicator of success, because students are encouraged to do internships, study abroad and participate in other career exploration programs, which all delay graduation. To that end, the acting president said the school is on track. “Our six-year graduation rate is well above the national average,” Evans said.

“When people start looking for issues, the first thing they’ll do is follow the money,” Matthews said, adding that other schools in the state have similar issues with money and performance indicators, but a lot of the weight and negative press falls on the state’s only public HBCU.

Dr. Jennifer Cash, an associate professor in the school of biological and physical sciences (the institution’s largest school), said that, every semester, she has students lined up at her office pleading with her to hold spots in her classes, despite the fact that they have not yet fully enrolled for the semester.

Federal changes in financial aid policy coupled with state cutbacks have made it difficult for the school to offer scholarships to close the gap between what students can pay and the cost of attendance, she said.

Evans concurred, saying, “It is very difficult for us to attract [students], because we don’t have the resources.” Even if State can offer a tuition scholarship, he said, schools like the University of South Carolina can offer full cost of attendance including books, beyond just tuition to lure the same students who may otherwise want to attend SCSU away from the institution.

Matthews said the state General Assembly is looking into policies that will help remedy some of these issues, including changing the formula for “need-based” aid, which determines how much aid a student can receive. Often, Matthews said, the formula determines that family contributions should be higher than many families can realistically pay.

The other policy change Matthews proposed is offering tax credits to anyone who gives to a school with an enrollment of over 60 percent Pell Grant-eligible population. This policy, he believes, will encourage both businesses and individuals to donate more to the institution, which will also close the gap created by decreased direct state and federal funding.

Matthews vowed the General Assembly will continue to work with the school’s leadership to promote the viability of the institution.