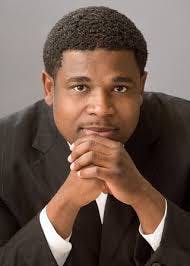 Dr. Matthew LynchWe talk a lot about inclusion and diversity on our college campuses, both in public materials and in closed-door meetings. Both words have become so ingrained in college culture that sometimes it seems that as a collective group of educators, we are becoming desensitized to their true potential. In order for college and university campuses to truly be places of diversity in our contemporary culture, there are some major areas that need focus and active attention.

If we want a more diverse college landscape, it should include:

More professors of color. Educators at the college level are more diverse than those in K-12 classrooms, but we still have some work to do. The National Center for Education reports that 79 percent of college educators in postsecondary institutions are White, 6 percent were Black and 4 percent were Hispanic (based on 2011 statistics, which are the latest set available). The numbers are even more humbling when you consider just full-time professors. The NCES reports that 84 percent are White, 4 percent are Black and 3 percent are Hispanic. As our college campuses are becoming more diverse than ever, with the numbers of Black and Hispanic students rising, it seems that college educators should more accurately represent the student bodies. It won’t just happen naturally though. Colleges need aggressive recruiting in place to keep their most promising students of color on after their graduation dates as professors, other faculty and administrators. A diverse educator population should be part of benchmarked, measured efforts on the part of universities to ensure that the right blend of experiences contribute to the learning and culture of the campuses.

More women in leadership. Did you know that just 26 percent of college and university presidents at present are women? With all of the women who now go to college, and stick around after undergraduate years to obtain advanced degrees, we should be seeing a much higher uptick in the number of women who hold top spots on our university campuses. To achieve this, there needs to be greater recruitment efforts on the part of colleges and also more women who raise their hands for the task. I won’t go so far as to say that women are deliberately discriminated for these positions (though I’m sure that is true in a few cases), but that this statistic is part of the larger cultural gender pay gap issue we face in America. Women do not hold as many leadership positions in the public or private sectors, and tend to make less, because we have not done enough as a society to encourage women to move up, or “lean in” as Facebook’s Chief Operating Officer Sheryl Sandberg puts it. Colleges need to seek out women for department chair, dean and presidency spots and then provide support for them to succeed in a traditionally male-dominated area.

More inclusive LGBT initiatives. Colleges have always been a more accommodating atmosphere for the advancement of lesbian, gay, bisexual and transgender students but there is still room to grow. Classrooms are of course open to LGBT students, but colleges need to go above and beyond to make these students feel welcome on their campuses. Some of those efforts are beyond the control of the college administration itself — for example, colleges cannot enforce LGBT equality in fraternities, sororities or other campus groups — but colleges should set the high standard that celebrates and welcomes LGBT students. The top-down approach to embracing LGBT students will make a positive difference in the future successes of these students and the way they are perceived by their non-LGBT peers.

In order to have the level of diversity we truly want on our college campuses, we need to recognize the areas that need the most improvement and then work toward resolving them. The efforts we make today will mean a more inclusive college atmosphere in the decades to come, and a more diversified American workforce, too.