Penn State to Offer Course About Shooting in Ferguson 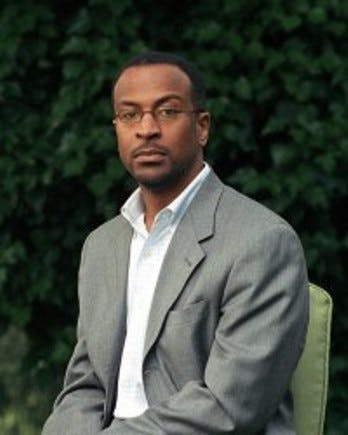 Dr. Paul C. Taylor, associate professor of philosophy and chair of the African American Studies department at Penn State University, designed the course about the recent events in Ferguson, Mo.

Penn State University is the latest institution to offer a course about the tragic events that unfolded in Ferguson, Missouri, last summer when an unarmed 18-year-old named Michael Brown was shot and killed by a White police officer.

The interdisciplinary African American Studies course titled “The Fire This Time: Understanding Ferguson” started last week and will explore the historical dimensions of Ferguson, the interaction between the police and locals, and the legal proceedings, which ultimately led to a grand jury refusing to indict Officer Darren Wilson for the murder of Brown. Days of protests and civil unrest followed and propelled a new wave of activism, the likes of which the nation had not seen since the 1960s.

“The main goal is to help students put themselves in a position to engage productively with issues like the ones raised in Ferguson. This takes work, and that’s the work we mean to do in the course,” said Dr. Paul C. Taylor, chair of the African American Studies department and associate professor of philosophy, who designed the one-credit five-week experimental class that currently has about 60 students enrolled.

Faculty from a variety of departments and disciplines will guide students through the various issues connected to the unrest. For example, criminology faculty will guide students through a review of the facts of the grand jury case of Wilson, while  psychology professors will help students understand the role that the media played in covering the court proceedings and protests.

Taylor said that a considerable amount of time in the course will focus on how young people engaged social media to organize and sustain daily protests, which continue under the hashtag “Black Lives Matter.”

“Ferguson showed the potential of social media around an important event,” said Taylor. “Young folks are much more attuned to this stuff. It’s on their radar.”

Chris Long, associate dean of graduate and undergraduate education in the College of the Liberal Arts at Penn State, said that offering a course that encourages students to analyze  historic and current events is beneficial.

“The liberal arts have always given us powerful ways to study and understand our world,” he said. “The events in Ferguson call for a liberal arts approach because they are multidimensional. They require us to think critically, understand historically, analyze soberly, and respond ethically. This is what the liberal arts do, and it is what the students will do in this course.”

At least a half dozen colleges and universities across the nation including Dartmouth and Emory have announced plans to offer courses about Ferguson and the ongoing “Black Lives Matter” movement in the fall.

Civil rights activist Reverend Al Sharpton, who played a key role in the Ferguson affair and who was called by Brown’s family to advocate on their behalf in the days after the fatal shooting, said that he thinks that academics can play an important role in helping students to understand the various dimensions of the Ferguson and Staten Island case, where Eric Garner, a 43-year-old unarmed Black man, was killed after he was placed in a chokehold by a New York police officer, who was also not indicted for murder in that case.

“If they’re going to be serious courses, studied in the context on why Ferguson or Staten Island happened and what they were rooted in, such as the socioeconomic climate and the class and educational divide, I think it’s a good thing,” said Sharpton in an interview with Diverse. “A serious study and not just surface commentary will separate the wheat from the chaff.”

Taylor, who has plans to offer a similar course in the future, has great expectations for student outcomes.

“If nothing else, I hope they get two things. First, a heightened interest in the discipline of taking up hard issues productively and responsibly. This would be an important counterweight to the easy, sloppy approaches we often adopt in mass media and social media,” he said. “And, second, specifically with regard to the Ferguson situation, I hope they are able to separate myth from fact and to locate what facts we have in the wider contexts—sociological, historical, and so on—that make the facts meaningful.”