Spelman College Appears to be Riding Wave of Momentum 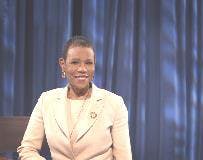 Dr. Mary Schmidt Campbell takes over as president of Spelman College on August 1.

“We embrace Dr. Campbell like a sister at Spelman,” said Mary Pickard, Spelman senior and Student Government Association (SGA) president. “We’re welcoming her with open arms and we’re excited to have her.”

Long been a respected institution, Spelman has been on a roll under Tatum’s guidance. As a woman’s college, Spelman occupies a niche within the already small HBCU network, but it is consistently ranked among the top 10 of all women’s colleges nationwide. While other single-sex institutions express trepidation about their viability, a concern that was recently enhanced by Sweet Briar College’s abrupt announcement that it would close, Spelman has been able to raise significant funding and increase alumnae giving to 41 percent even in the midst of the recession.

Tatum set a goal of raising $150 million by 2015 back in 2009. The campaign, which ended this academic year, netted $156.8 million for the school. Although the endowment has dropped somewhat from more than $351 million in 2010 to $327 million in 2014, its endowment is still only second to Howard University’s in the entire HBCU community.

In other words, Spelman is in a comfortable place, although not impervious from financial concerns. The tuition is kept low, compared to other private four-year liberal arts colleges, and many students are recipients of scholarships funded by the school itself.

“I think [Tatum] will really be missed,” said Amoni Thompson, a Spelman senior. “She’s done a lot, as far as building up revenue for the college goes.”

But students, or Spelmanites, as they call themselves, have high hopes for what Campbell will contribute to the school. “Everybody seems to have a positive view of Dr. Campbell, and her extensive background, and her qualifications, especially her arts background,” Thompson said, adding that she would like to see a more equal emphasis on the arts, since in her view the STEM fields were promoted so heavily in recent years.

Thompson said that she was excited about Campbell’s innovative career, hoping that it signified a willingness to maintain Spelman’s traditions, but also advance the college in different areas. She pointed to the requirement, first established in 1900, that Spelman students wear knee-length white dresses to certain events on Founders Day, Commencement, Reunion, and New Student Orientation Induction as an example of a tradition that, in her view, could use some refining. While Thompson celebrates Spelman’s culture and traditions, she said that not all students, particularly those in the LGBTQ community, were comfortable wearing white dresses.

“Hopefully in the years to come we’ll have more conversations about how these traditions are respected and are part of our history, but how we can restructure them to… make [a] community for people on campus who don’t really feel a part of the campus narrative,” Thompson said.

During the fall semester, the Presidential Search Committee held townhall meetings on campus, where students could voice their opinions. However, according to Thompson, the meetings were sometimes held during class times, making them difficult to attend. She thought that, due to the timing of the meetings and general secrecy about who was in the running, it meant that students ultimately had less of a voice than they might have had in the selection process.

Mya Havard, a Spelman sophomore and student trustee on the Spelman College Board of Trustees and Presidential Search Committee member, said that the search committee worked to be inclusive of students’ views in choosing the new college president.

“We had an issues-driven process, so we really looked for key issues that students were bringing up, some things that students really wanted to see,” Havard said.

Havard added that, in her view, Spelmanites were looking for someone who could advance the academic rigor for which the school is known and to ensure that the president would be a visible presence on campus, helping bridge a stronger connection between the administration and the student body.

Carter said she attended a private Q&A session at Reynolds Cottage, the Spelman president’s residence on campus, where she met with Campbell and others on the day before Campbell’s official public visits to the campus as a presidential finalist on March 26 and 27.

“She totally encompasses everything that Spelman needs,” Carter said of Campbell. “She empowers the whole student. I can see her from our conversation … all the questions that were posed to her, she answered in a way that was related back to the student. She told a story with every question that she answered.”

For Carter, a particular area of concern is support for the LGBTQ community on campus. While there is an active Women’s Research and Resource Center on campus, she said sometimes LGBTQ students do not feel accepted.

Carter said that, last year, LGBTQ students were concerned that students at Morehouse and Spelman were writing biblically inspired messages in chalk on campus, warning against the supposed spiritual dangers of homosexuality.

When Spelman students wrote “God loves me for who I am” in chalk on campus in response, Carter said the messages were crossed out and replaced with messages saying such things as “God hates your sin.”

“My dream would be to see Spelman lift up the LGBTQ flag on a day of visibility, but I could never see them doing that,” Carter said. “I feel like their concern would be making sure that they’re in alignment with the alumnae who seem to govern most of the decisions at Spelman, because they do give back so much.”

According to Pickard, when Campbell met privately with the SGA, the conversation indicated to her that Campbell would be attuned and receptive to student concerns.

“People appreciated her genuineness, and how she wanted to learn all about Spelman and learn about our traditions, and just ensure that the sisterhood is maintained and that the academics are supreme as always,” Pickard said.

Faculty and students say that, even as they look forward to what Campbell will bring, Tatum will be missed. “Thirteen years is a long time to be president of a small college, where the demands are so great,” said Dr. Beverly Guy-Sheftall, director of the Women’s Center and a professor of women’s studies. “I’m happy that she came to Spelman, did what she wanted to do and now can take a breather for a couple of years.”