Inequalities in Education Continue to Fuel Wealth Gap in U.S.

A recent report titled “The Racial Wealth Gap” examined, in conjunction with other factors, the role education plays in the persistent wealth gap between minorities and their White counterparts in this country.

The authors noted that, “despite rising college attendance rates among Black and Latino households, barriers to completing a degree have actually widened the college attainment gap between Whites and people of color over the past decade.” Cost is one of the largest barriers driving the gap, which also has contributed to a significantly lower return on the degree investment for people of color, who are often laden with significantly more debt following graduation. 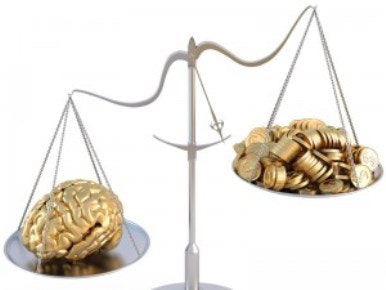 “One of the biggest problems with wealth formation is that, because of starting off at a disadvantage in terms of wealth, people of color are coming out of college with more debt,” said Catherine Ruetschlin, a senior policy analyst with Demos, the group that co-published the report with Brandeis University’s Institutes for Assets and Social Policy.

Dr. Howard Fuller, a distinguished professor of education and the founder/director of the Institute for the Transformation of Learning at Marquette University, recalled a student who made it to college despite an overwhelming belief by many who had encountered him in K-12 that he wouldn’t ever go to college, was doing exceptionally well at the institution, but who “is now back home because of $800, or something like that.”

Unfortunately this example is more of a norm than an exception for students of color, Fuller said. “Even if you get them through the stuff academically, a lot of them just don’t have the financial resources” to complete their educations, Fuller said.

“These kids get to college and they don’t even have the money for the basic stuff, the day-to-day living expenses. And it’s not like they can call home and say ‘I need $1,000.’”

And a college degree is not serving as the Great Equalizer everyone thought it should in terms of establishing wealth, said Ruetschlin.

“When people [of color] are coming out of college with a degree, they’re still facing the same housing and income restrictions”; thanks to an income gap and insurmountable student debt, options remain limited and the cycle against wealth attainment is perpetuated.

In addition to the cost of attendance, “Gaps in college attainment by race and ethnicity also reflect other inequities in the K-12 education system and in household income,” the report’s authors found, citing what they call “a retreat from integration in K-12” that leaves many Black and Latino students still in separate and unequal schools.

“Our K-12 sector is not producing a pipeline of students” who are adequately prepared for higher education, said interim president of South Carolina State University Dr. Franklin Evans at a recent town hall meeting.

As a society, Ruetschlin said “we’ve allowed higher ed to become more of a personal responsibility and not a public investment,” which has placed it firmly on the chopping block of state—and federal—budget committees. But as states continue to slash education budgets at the higher ed level, they are also cutting back at the K-12 level and not investing heavily in early childhood education, creating a preparedness divide between those families that can afford to pay for private education and those that cannot.

Recent Census data show, predictably, that states and counties with the highest median income spend the most on education, which also means that those who likely cannot afford to supplement their children’s income are the very people whose education needs the most supplement. This means that the children in those communities “are getting farther and farther behind and it’s getting harder to catch up,” said Ruetschlin.

But while the authors note that “predominantly Black and Latino schools spend less per student than predominantly White schools,” they acknowledge the disparity “is only partly accounted for by the different property tax bases of school districts creating a highly unequal educational system across the country.”

The other part Fuller and Ruetschlin agree is that people of color are not in decision-making roles within education. Even with an increasing focus on diverse representation in the teaching force, “we have predominantly White leadership that’s leading a movement where a large majority of people being affected are people of color,” he said. “If we have diversity, but we [still] don’t have power, then it doesn’t move our community in the way that I think more people would like to see it move.”

“People are very quick to say the education reform movement is the next civil rights movement, but you have to look and ask ‘what are the similarities’” in the two movements, Fuller said. While both are intended to serve as equalizers in the society, one—the higher ed reform movement—is being driven almost entirely by people who are largely unaffected by the policies they’re pushing to implement, while the other was a grassroots mobilization against policies by those who were negatively impacted.

Throughout American history, decisions about what was best in terms of the education of Black and Brown people were made by Whites in power, Fuller said.

“When we came out of slavery, we bought into the connection between education and liberation … but we didn’t have the capacity to build these institutions on our own,” he added, noting that Blacks were reliant on White missionaries and industrialists who had their own agendas and ideas about what was best to fund and build schools for the education of newly-freed Blacks.

One example is the continuing debate about who should go to college and the steering of students of color away from four-year institutions in favor of technical education or entering the workforce directly out of high school.

“Most of the people who end up telling [Black and Brown students] that they don’t need to go to college, they all went to college,” he said. “Who makes that decision about which kids [should] go to college? My view is just prepare all of them” is if they are all college-bound.

A lot of Black and Brown students are still not getting the proper education that will allow them to function in the 21st Century,” Fuller added.

He is quick to point out that the divide is as much one driven by class as it is by race. Race solutions alone won’t work, he said, though acknowledging that race and class are often tied due to generational disparities in wealth accumulation. To look at these issues in silos, rather than seeing them as all being interconnected, will always lead to incomplete solutions that don’t solve the problems at hand.

For example, another barrier to education for many students of color is often “what’s happening in the communities before they ever get to school,” Fuller said. Education reformers have to take a comprehensive look and “be willing to fight to change the things that are happening” in the broader communities.

“If you look in our communities, there’s this explosion of terrible things that are going on,” he said.

Ruetschlin agreed. “We see … incidents like Ferguson as being representatively problematic … where many of the people making decisions are not people who are connected to the communities,” she said.

Fuller and Ruetschlin both believe the inclusion of decision-makers who come out of these communities and have been affected by some of the negative policies is key to effecting real change in the nation’s education system, though Ruetschlin said it may be harder to come by, since income restricts the flexibility in time to attend town halls and hearings to make the people’s voices heard.