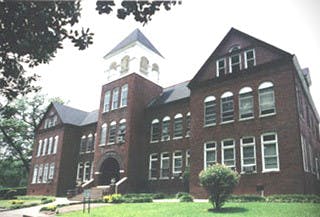 The leadership of Knoxville College recently announced their intent to suspend instruction for the fall 2015 semester.

According to Julie Woodruff, assistant executive director of postsecondary school authorization and lead attorney at the Tennessee Higher Education Commission, the Board of Trustees notified the commission “at the end of March that they’ve decided to suspend instruction in order to reorganize and restructure.”

But Rev. James Reese, chairman of the Board of Trustees for Knoxville College, wants to make it clear that the move is “not a closure.” The private, historically Black college had a reported enrollment of 11 students prior to the decision to suspend classes, whom Reese said officials are working to help place at other institutions.

Woodruff confirmed that it was not her office’s recommendation that the school close, as has been otherwise reported, but that it be granted “conditional authorization,” meaning the institution is “still authorized [to remain in operation], but following May 9 when the current term ends, they will not be offering instruction, they will not be enrolling” students for the next term.

Instead, Reese said, the board is hoping it can restructure to better position itself to advance the viability of the college. Reese hopes to expand the board to include more people with doctoral degrees, more people within a 100-mile radius and more young entrepreneurs, as well as more Knoxville alumni whose level of personal investment may be higher than non-alumni.

“We’re just not planning to sit down and sit still,” Reese added. “We’re going to use this time to broaden our possibilities for the future.”

He also hopes the fall semester will give the school an opportunity to “expand our fundraising sources” and increase alumni engagement. He hopes local alumni will take the opportunity to schedule college visits for groups of prospective students and assist with future recruiting. Reese believes the college’s status as a federal work college, which means students “come out with a skill and come out with no debt,” will play to its advantage, as will standing agreements with several Caribbean countries.

“That’s a market that I think we would want to continue. Some of the persons [from the partnering nations] have gone back to their countries and held up the banner, and hopefully we can get under it again,” Reese said.

Knoxville has had a tremendous impact on the neighboring community; its students were integral to the town’s desegregation after their sit-ins at local restaurants in the summer of 1960.

Reese is hopeful that, in the spring of 2016, Knoxville can reopen its doors and continue its mission of educating Black students in the East Tennessee region.

“We can provide an education that provides the history of who we are and what we have been through,” as a people and, more locally, as an institution, he said.

But the institution has faced a number of challenges. For one, there are the widely reported financial struggles. The school has also had some leadership instability, as it has struggled to find a permanent president — going through four leadership changes in as many years. Jacob Savage, who was hired on a pro bono basis Oct. 23, 2014, was fired Jan. 23 and replaced with a management board that currently oversees operations while a search is conducted. Savage had replaced Dr. Evelyn Hallman, who had served as academic dean prior to assuming the reins of the institution in January 2014. Hallman was appointed to the position after Dr.  Horace Judson, who arrived at the institution in 2010, resigned and retired at the end of 2013.

While Woodruff said the institution is “not accredited at this time,” Reese said he is unaware the school’s accreditation has been rescinded. Reese said the accrediting body, the Accrediting Council of Independent Colleges and Schools, “identified some things that they wanted us to continue to address, but they have not dropped us.” Searches of the Department of Education’s accreditation database and the ACICS website did not show Knoxville in its results.