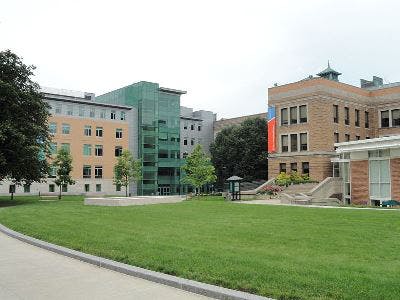 “It’s an exciting day for us. We’ve been waiting for this day for two years now, and finally we have it,” said Simmons President Dr. Kevin W. Cosby Monday.

Despite the fact that Simmons was originally founded as an institution of education for Black students seeking an education in Kentucky in 1869, according to Department of Education officials, HBCU designation can be fluid.

“Generally, an HBCU loses its status as a Part B institution because the institution loses its accreditation,” said assistant press secretary of the Department of Education Denise Horn.

Simmons was reaccredited in February 2014 by the Association of Biblical Higher Education, thus making it eligible for federal designation as an HBCU.

What does the new HBCU designation mean for Simmons College?

Though the school is now officially an HBCU, Department of Education officials say the Title III fund allocation is not automatic for the 2015-16 school year.

“It is important to note that, although Simmons has been approved as an eligible HBCU, Simmons will not be added to the Title III, Parts B and F grant formulas for fiscal year FY 2015-2016 grant funds,” said a letter to Cosby signed by DOE senior director of institutional service Dr. Leonard Haynes. Simmons officials will still have to apply separately to be eligible for some of the funds, the letter said.

Simmons joins Kentucky State University as the only HBCUs in the state.