Metropolitan State University of Denver must continue to defend a racial discrimination case by a Black student who won the most votes for student government president but was disqualified on the basis of campaign violations. 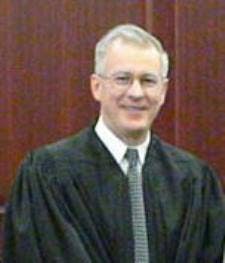 At the start of the campaign, Washington and the running mate met with the student elections commission, which had no Black members, to discuss the elections code. The code disqualifies candidates who have three minor violations.

During the campaign, Washington pleaded guilty to or was found guilty of three minor violations. The first cited his use of student government resources for campaigning. The second was for using a table associated with a campus religious group for campaigning. And the third was failing to have a required border around the edges of his posters.

Washington and his running mate received the most votes in the election.

However, the elections commission disqualified them, overruling a student court decision in their favor and certifying the runner-up as president. The university’s president and board of trustees declined to intervene, according to Babcock’s decision.

Washington then brought a Title VII suit, and the university asked Babcock to dismiss it without trial.

For example, university administrators had handled student court decisions differently in prior situations. “Washington’s experience with how Metro State’s administration previously treated decisions of the student court is evidence of procedural irregularities in connection with his disqualification from the 2012 elections,” Babcock said.

In addition, a non-Black candidate wasn’t charged with a violation for disregarding the requirement that posters have borders,” the judge said.

Babcock said he was not relying on evidence that the only other two African-Americans elected president had been removed from office for violating the student code of conduct “since there is no evidence to establish a nexus between such removal and Washington’s disqualification.”

A student athlete can pursue Title IX allegations that the ex-basketball coach at Paris Junior College sexually harassed her and that the college revoked her athletic scholarship in retaliation for her complaint, a federal judge has ruled.

U.S. District Judge Richard Schell adopted a recommendation by a U.S. magistrate-judge that the case be allowed to proceed.

Ebonee Tate claims that then-coach Sean LeBeauf sexually harassed her while she was on the team in 2011-2012 by, for example, making “romantic gestures” and “sending her inappropriate text messages that stated things such as “Love u Ebonee” and “Ur sexy at 164, but u would be even sexier at 155,” referring to her weight.

LeBeauf became head coach in 2009 and also served as athletic director. After leaving the college, he became the women’s assistant basketball coach at the University of Arizona.

Tate said she reported the sexual harassment to the college president, Dr. Pam Anglin, who took no action and told her that “sometimes men will flirt and harass you in the ‘real world’ and that Tate should learn to deal with it,” according to the magistrate-judge’s report. Tate also said Anglin acknowledged that “complaints like this against Coach LeBeauf had happened many times before and she was willing to do whatever was necessary to make this go away.”

According to the suit, LeBeauf retaliated by limiting Tate’s playing time, threatening to replace her on the starting lineup, canceling her scholarship and refusing to pay medical costs for an injury she received while playing.

The college, LeBeauf, and Anglin all asked to have the case dismissed.

Both the magistrate-judge and Schell held that they’re not entitled to dismissal.

In adopting the magistrate-judge’s report, Schell said Tate made a sufficient claim for retaliation under Title IX.