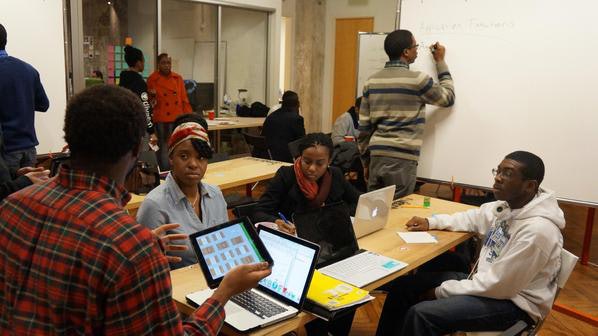 There’s no denying that historically Black colleges and universities have had a tremendous impact on the education levels of the Black community. Since their founding, these campuses have served underdog students—first-generation, minority and other at-risk college attendees. The question of HBCU relevance is constantly floated in education circles but lately I’ve been pondering an even more poignant query: Is there a conspiracy to destroy HBCUs?

Of course the word “conspiracy” makes it sound like a top-secret, well-orchestrated attempt to eliminate these colleges from the higher education landscape. I don’t believe that is particularly the case, but there are certainly some factors that seem to harm HBCUs more than PWIs.

For those who believe there is a conspiracy afoot, there are all sorts of reasons they believe so. Here are a couple of the most common:

Changes in the PLUS Loan program. In October 2011, the U.S. Department of Education adjusted its lending policies for these popular—and, in many cases, necessary—loans to align more closely with what a traditional bank would require in the way of income and creditworthiness. All colleges took a hit with these changes, but HBCUs lost an estimated $50 million in the first full year these changes took place. For many HBCUs, the college population is made up of first-generation students with parents who often have not set aside the funding for a college education but want to contribute financially. When PLUS Loan eligibility changed, it felt like a blow directed at HBCUs.

Online schools targeting minorities. Perhaps the largest factor crippling HBCUs today is the prevalence of online college programs. From schools like the University of Phoenix, which is completely online, to individual programs offered by traditional campus schools, students who need college-work-family flexibility are finding it outside HBCU campuses. All demographics have flocked to online schooling, but minorities have been especially targeted. HBCUs traditionally have been viewed as places for underdogs, but online schooling programs have overtaken that space with the combination of convenience and a wide array of programs.

Policies to merge HBCUs. Governors like Louisiana’s Bobby Jindal and Mississippi’s former governor Haley Barbour have announced plans to merge HBCUs with each other or other predominantly White institutions in moves that are intended to slash state operating costs. Treating any two HBCUs as institutions that are alike enough to merge without incident is flawed though. Planning to merge an HBCU with a predominantly white school is even more off-base. These individual schools have their own histories, their own student cultures. Perhaps it makes financial sense to merge HBCUs with others similar in size or scope, but it undermines the collective institutions, undercutting their autonomy and what they can offer to potential students.

Of course HBCUs cannot completely play the role of victim here. I’m a dean at an HBCU and completely believe in the message—but even I can see that there are things we do collectively that are hurting our student populations and chances for longevity. We need to change that, together, and that starts with recognizing where we have made mistakes.

Slow adaptability. We’ve spent too much time wringing our hands and not enough time looking for solutions. Why were predominantly white institutions better prepared when the PLUS Loan changes took place? Could we not have come up with our own solutions too? When it comes to online schooling, most HBCUs are just finally implementing full-degree online programs and embracing the idea that our students don’t need to be on a physical campus to benefit. Yes, the campuses of HBCUs are their biggest advantages, steeped in history and a palpable air of shared struggle. This doesn’t mean we should force our students to set foot on our campuses or not come at all. The inability to move quickly and keep up with the higher education times has hurt HBCUs but hopefully not permanently.

Lack of diversity. HBCUs are getting better at recruiting all students to their campuses and programs, but this is another area where we’ve done too little, too late. HBCUs are no longer the only option for students of color and haven’t been for decades. So why have we spent so little time rebranding ourselves as institutions that welcome all students and help those students succeed? The number of Latino, white and Asian students on HBCU campuses is rising slowly, but relying on our historically largest segment of students (after it became clear they did not need us as much as we needed them) has hurt us.

Lack of stability in administration. Over the past decade, too many HBCU presidents have seemingly disappeared in the middle of the night without explanation. South Carolina State University, for example, has seen 11 different presidents since 1992 but why? Often the answer lies in the fact that a board of trustees clings to the past or spends too much time micromanaging and not enough looking at the future and big picture of the HBCU landscape. Such instability at the top cannot inspire confidence for faculty or students. To really plant roots for the future, there needs to be consistent leadership that aligns with the long-term goals of the HBCU.

Not appreciating students. This may sound petty but alumni who do not feel that their universities really gave them a world-class education, or at the very least an adequate one, are less likely to give back financially. This hurts HBCUs more than PWIs, I think. An essay written by a recent HBCU graduate who declined to name her school specifically expressed shock at the under-sophisticated classrooms and technology resources at her HBCU. While she points out the social atmosphere was top-notch and ultimately the reason she stayed until graduation, she says she would rather see her former school be shuttered than donate money to it. This is only one story, of course, but it rings true with other graduates I’ve met and read about who believe they received a sub-par educational experience at an HBCU (sometimes on very basic levels) and who have no desire to donate money back. This is no way to maintain long-term student pride or bring in future students.

The combination of outside factors and internal issues has created a perfect storm when it comes to declining enrollment and revenue at HBCUs. I still believe these institutions have an important place in the U.S. college landscape but will have to fight just a little bit harder to stay relevant.