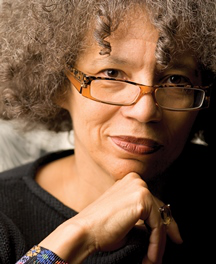 Dr. Beverly Guy-Sheftall is founding director of the Women’s Research and Resource Center at Spelman College.

As women’s and gender studies strives to increase its presence within HBCUs, its prominent scholars also seek greater recognition in the national landscape.

“While it is laudable that academicians nationally have begun grappling with the theoretical importance of the intersection of gender, race and class, women’s and gender studies programs at HBCUs o­ffer unique and powerful guideposts to organic articulations of intersectionality, which can serve to inform and broaden the work of our colleagues at TWIs [traditionally White institutions],” says Dr. Anika Simpson, an associate professor of philosophy and religious studies and coordinator of the Women’s and Gender Studies program (WGST) at Morgan State University.

Morgan State has historically been a leading institution within social justice movements. Its WGST program began in 2009 and at present o­ffers a minor.

“We drew upon this rich legacy as we began to conceptualize our vision for a WGST minor and program that reflected our commitment to gender-inclusive racial justice,” Simpson says. “As such, we prioritized the centrality of race, specifically through the lens of the African diaspora, to the development of our courses and programming on gender and sexuality.”

As gender figures into the discourse at many HBCUs, it would seem natural for the subject to flourish at those schools. Unfortunately, financial constraints and, in some cases, cultural and/or administrative biases may keep some HBCU institutions from developing programs.

HBCU professors find creative ways to incorporate gender-related topics into the curriculum, but at present only Spelman College and Bennett College, both women’s colleges, o­ffer a major in women’s studies. In fact, Africana women’s studies at Bennett is not a stand-alone major, but a major track within the interdisciplinary studies major.

“There is a real sense that gender and sexuality matter at [HBCU] institutions regardless of whether there’s a program or not,” says Dr. Moya Bailey, a graduate of Spelman who earned a doctorate in women’s, gender, and sexuality studies at Emory University. “The question is do these institutions have the resources to fund interdisciplinary programs. … Students would have to lobby for that.”

Students and faculty that are interested in developing a program often need to turn to those that have experience in the field, such as Dr. Beverly Guy-Sheftall, founding director of the Women’s Research and Resource Center and the Anna Julia Cooper Professor of Women’s Studies at Spelman.

The program at Spelman was established in 1981. Guy-Sheftall says it is deliberately called comparative women’s studies because it explores the experiences of women in various cultural contexts.

“We wanted to capture the fact that our interests in women were broad,” Guy-Sheftall says. “We also like the comparative framework. We wanted to talk about the ways in which, for example, in the U.S. the experience of indigenous women or Native American women might be somewhat similar but also different from the experiences of other women.”

The center has partnerships with local, national and international organizations. It also engages in research and manages Spelman’s archives, which include the papers of the late Audre Lorde, a renowned gay writer and activist.

Guy-Sheftall says a large number of students have some contact with the comparative women’s studies program as all Spelman students must take a course in either women’s studies or international studies as part of the core requirements. Spelman students are often drawn to the activist part of the program, and the course Women and Social Resistance Movements and an activist practicum are quite popular, she says.

“The work that we’ve been doing at Spelman in Black feminist studies and work around women of African descent has produced books like Words of Fire, for example, which is … used in women’s studies programs and Black feminist programs throughout the U.S. academy,” Guy-Sheftall says. “The work that we do at Spelman has had a really positive impact on the development of women’s studies as a field.”

Dr. Valerie Ann Johnson, a graduate of Spelman, came to Bennett in 2004 to be director of the Africana Women’s Studies program (AWS). She says she regularly refreshes the curriculum to keep students, who have strong interests in social justice, engaged.

She initiated a course called Gender, Culture and Cuisine, which stems from her ongoing research on the African-American church supper in North Carolina. Johnson organizes visits to sites off campus, such as galleries and the African American Atelier, co-founded to promote African-American art and culture by U.S. Rep. Alma Adams, a former member of the Bennett faculty.

She also arranges film screenings and guest lectures by activists such as Aishah Shahidah Simmons, Faith Pennick and Tiona McClodden, who each addressed various topics, including abortion and LGBTQ issues.

Johnson says she interacts with faculty at coed HBCU schools as well as international connections to engage in intellectual conversations around their research and teaching.

“Women’s and gender studies is a very vibrant field,” she says. Johnson uses the example of hair and beauty standards as evidence of this. “For us, as women of African heritage, hair looms large. … [The students] are ready for an intellectual conversation about the meaning of hair as it pertains to Black women in U.S. society. It seems to be trivial, but when you start unpacking images of beauty, what do they mean? How do they give rise to your own idea of self-empowerment? It’s important to know about the history of transforming hair.”

In one such discussion, the students mentioned tracks, or hair extensions, which were unfamiliar to Johnson, who wears her hair short. They pulled up a YouTube tutorial. It allowed the students to see they have knowledge that can be transmitted to others.

“My experiences in majority institutions didn’t always value my perspective and my voice,” notes Johnson. “So I took time in the classroom to provide students with the opportunity to be experts on something.”

Although deeply impactful work in the field of women’s and gender studies comes out of HBCUs, Johnson says it isn’t automatically valued. Often, HBCU faculty need to initiate conversations in academia or they will be overlooked.

“Sometimes, you have to call folk out,” says Johnson. “I’ll look at a program and say, ‘Where are the HBCUs involved? I know there should be some.’ I’ll call up the [contact] person and say, ‘Have you thought about X, Y and Z?’ For me, it’s constant vigilance in the academy.”

A huge push in Bennett’s exposure comes in its collaboration with the Anna Julia Cooper Center housed at Wake Forest University.

“I found working on the state level, making those connections and raising visibility help support those of my colleagues who are doing women’s studies or trying to create courses at the various campuses,” Johnson says.

Both Guy-Sheftall and Johnson are contacted by faculty and students at other HBCUs seeking to increase the presence of women’s and gender studies. In recent years, programs offering minors are growing.

“Even though it’s been a slow process of HBCUs embracing women’s studies, I’m hopeful that this increase in programs will continue and that, maybe, in a couple of years, I’ll be able to say that Spelman is not the only one with a major in women’s studies,” Guy-Sheftall says.

“Hopefully, big public institutions like Tennessee State [which has a minor] and Morgan State will have majors.”