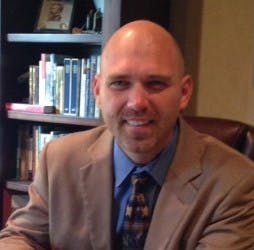 The upcoming election is not simply about voters who are loyal to their party, who have followed politics for years, or even those who may be undecided on to whom they will give their support. This and all elections bring with them an entire new category, that being young voters that are now able to exercise their public right. Yes, those who are now of the legal age to vote. Therefore the question is not just simply will they participate, but have we truly taught them how to both understand and be critical of the issues that are at the center of these elections?

It is always exciting to hear students’ thoughts on the current issues being discussed in the political debates. This is a practice I try to encourage them to share with their peers. To have that dialogue and more specifically an exchange of ideas. There is one fundamental reason I promote this both in and out of the classroom. That being as the twentieth century began and continuing into the twenty-first, voters as a whole sought less, not more participation in their elections. A contemporary comparison would be the effect your cellphone has on your life. Though we should not discount those who use technology to gain and share political awareness. For a substantial part of the population, it is simply one more distraction we allocate our time to, rather than to political advocacy. Of course, the population did not have cellphones in the early nor middle part of the twentieth century. Nevertheless, one could argue that consumerism of those eras did result in a similar negative influence on political activism. As society acquires more discretionary time and money in addition to a context in which they can use both, political knowledge as well as participation takes a back seat. We are simply, to varying degrees, distracted in both the past century as well as the present. Distracted enough that we do not even come to that realization.

We need to create a consciousness of where and why society may be lacking in terms of our political participation. Not solely to new and upcoming voters, yet especially to that demographic. If there is a faction that is not aware of the catalysts that lead to low voter turnout, it is that sector of younger voters. However, I would suggest we can all relate to falling into this trap. I pose the same question to you that I do to my classes, why is there so much emphasis on sensitive topics such as abortion in the debates? From a critical standpoint, an elected official’s daily task is not going to be primarily focused on such.

Why do we not highlight what will be at the heart of the job? The daily tasks and policy decisions that will have an effect on virtually every single citizen. I would argue it is because your representative, candidates, and even media realize the miniscule amount of time we as voters will allocate to becoming knowledgeable on such issues. Therefore they focus on relatively small, as well as eyecatching topics.  Yet, topics that relate to your core beliefs, which will sway you to their side, essentially making it appear as if asking further questions has no merit. It is hegemony at work. For instance, who is going to take the time to study the proposed tax plan of Jeb Bush? Perhaps it is irrelevant considering he is a Christian, told us his name is not George, and is sensitive to multicultural issues. Welcome to the White House Mr. Bush.

Dale Schlundt holds a Master’s Degree in Adult Education with a concentration in American History from the University of Texas at San Antonio and is currently an Adjunct Professor for Palo Alto College. Dale’s new book Education Decoded (A Collection of My Writings) is now available on Amazon in paper back as well as Kindle Edition.